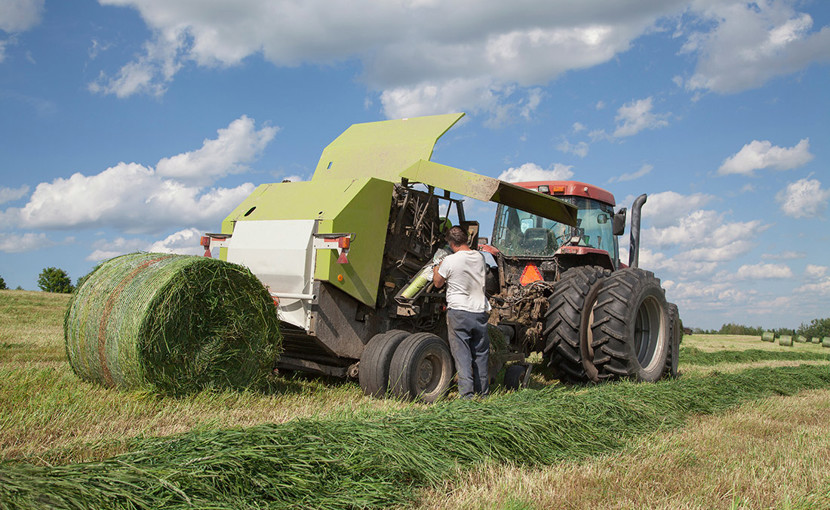 Family farms, cattle ranches, trapping, hunting and fishing businesses, as well as beekeeping and ornamental-flower production operations are all part of Alberta's agriculture industry. These businesses cover about 50.3 million acres, or about a third of the province, according to the 2016 Census of Agriculture. That's down by 0.5% from the 2011 census. Animal production makes up about 46% of farm types. While grain, wheat, and other crop farming make up the rest.

Farm cash receipts are used to show the cash income from selling crops or animal products, as well as any agricultural subsidies or supports. In 2015, these receipts reached a new high of $13.6 billion, up 5.1% from 2014. During that period, Alberta led the nation with $5.2 billion in cattle and calf market receipts. Lamb receipts grew by 36.7%. Food and beverage manufacturing sales posted a record $14.6 billion or 21.5% of total manufactured goods. Meat product manufacturing, including poultry, led the sector. Alberta agri-food exports increased by 4.5% in 2015, with sales to China growing by 19.5%. A stronger U.S. economy and a weaker Canadian dollar led to greater American demand and higher prices for Alberta beef and live cattle.

Income from crops rose from its slump in 2015, and grew by 2.8%. Lentils and dried peas — which are staples during an economic downturn — grew by 117.7% and 13.4% respectively. Rain and snow during the 2016 harvest season caused about 960,000 acres of crops to stay on the field. This meant that producers received $33.2 million in advances from the provincial Agriculture Financial Services Corporation.

For 2018–2019, Alberta Agriculture and Forestry has set a target of $5.7 billion for exporting raw or unprocessed products (also known as primary commodity exports). For processed or manufactured products, the target is $4.9 billion. The re-opening of the Harmony Beef plant and the construction of the Cavendish Farms potato processing plant will help reach that goal. In the longer term, global living standards in developing countries such as China will improve. This means that Alberta's grain and meat producers will have the opportunity to find new customers. Capacity issues for storage and processing, an aging workforce, and the effects of climate change are a few important risks that face the agriculture industry.