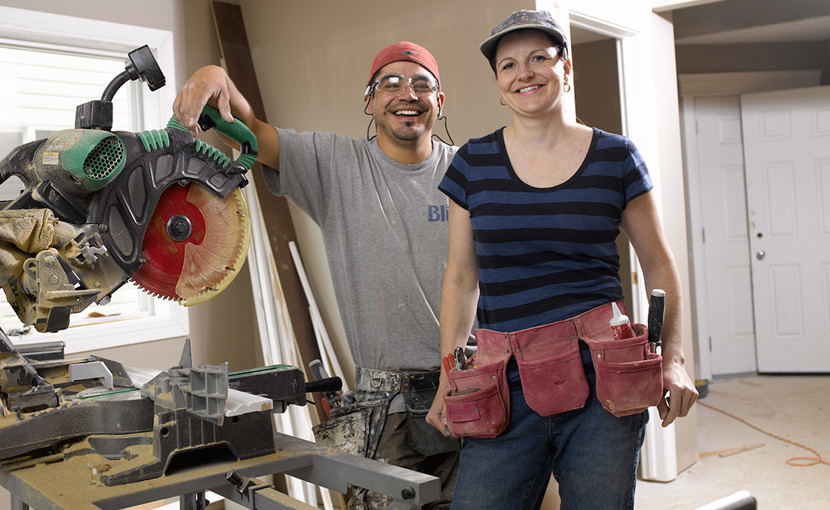 Whether it's homes and workplaces, or the roads to reach them, the construction industry builds them. Construction workers build complex petrochemical plants, rebuild cities and towns affected by floods or other natural disasters, or renovate a single bathroom. In Alberta, this industry is tied closely to oil and gas, electrical power generation, and housing.

The decline in oil prices has affected almost all construction sectors because construction is closely tied to Alberta's energy industry. Oil sands investment is expected to fall again in 2017 before it stabilizes in 2018. New office construction also looks like it will not grow. In 2016, Calgary led the nation with a 25% office vacancy rate, which indicated that there was little new demand. The provincial government increased its infrastructure Capital Plan by 15%, which helped construction workers earn paycheques during this time.

Alberta’s population grew faster than the national average, but cautious consumers put off the extra expense of buying a new home in 2016. This caused a 34% drop in housing starts. Both Calgary and Edmonton reported record levels of unsold multi-level units and high rental vacancy rates in 2016. The 24,500 housing starts expected for 2017 are unchanged from the previous year. This is despite the rebuilding that followed Fort McMurray’s fire.

As the economy improves, business investment in non-residential structures is expected to climb by 5.3% in 2017 and 11.7% in 2018. The approval of major pipelines will lead to billions in capital spending. One possible delay for the Kinder Morgan Trans Mountain pipeline might be British Columbia’s NDP/Green coalition government, which was came to power in 2017.

The market for non-residential structures may also grow as a result of e-commerce. As Albertans do more of their shopping online, companies will need warehouses nearby for fast delivery of goods. Industry experts predict that the Edmonton-Calgary corridor will be an ideal site for the construction of large storage buildings.

The provincial government will spend another $2.45 billion on its infrastructure program in 2017. This five-year, $34.8 billion program was announced after the collapse of crude oil prices. It includes cost-sharing agreements with the federal government of almost $350 million under the Public Transit Infrastructure Fund.

Housing starts are expected to climb by 0.9% in 2017. But as more jobs — and homebuyers — become available in 2018, housing starts will climb by 8.3%. Annual new housing levels will reach 32,600 units by 2040. However, much of that will be multi-family units as seniors downsize and younger, smaller families choose more affordable housing.