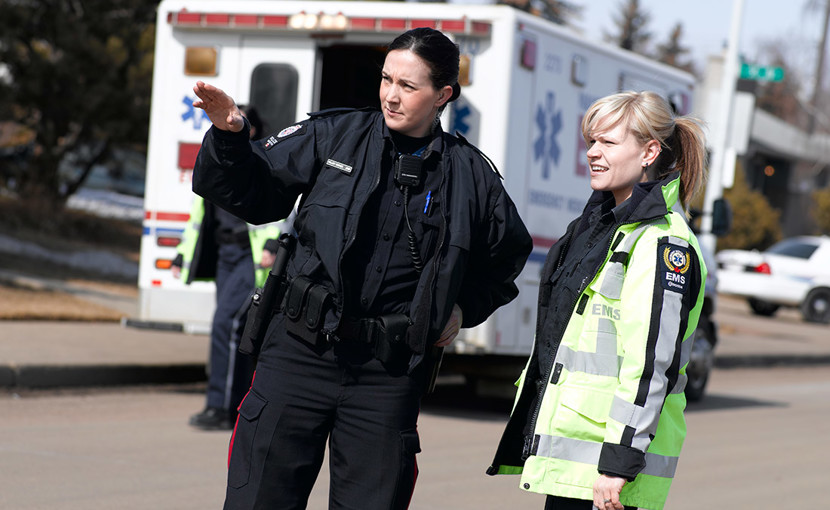 Employees in the public administration industry work in federal, provincial, and municipal government agencies that look after public programs. They range from health inspectors and firefighters to policy makers and police officers.

Gross domestic product (GDP) measures the overall size of an economy. In 2015, the public administration industry made up 4.0% of Alberta's GDP. This is a 0.5% decrease from 2012.

Even though Alberta’s economy slowed down in 2015, the provincial population continued to increase, but at a rate that was slower than it was previously. Although some residents left for other provinces when the job market tightened, international migration and an increase in the birthrate caused population figures to climb. This called for an increase in public services, from infant health care to resettlement assistance.

Health and education costs accounted for 68% of the government’s expenditures in 2016. Employment in the public administration industry grew by 2.8% between 2015 and 2016. This was slower than the rate of 7.2% in the previous year.

In its 2015–2018 Strategic Plan, the provincial government included eight key strategic outcomes. These include environmental goals, support for seniors, and an integrated approach to improving the socio-economic well-being of all Albertans. Public administration employees help to achieve these outcomes.

The 2017 budget of the newly established Ministry of Children’s Services includes stable funding for the child intervention system. More specifically, the ministry expects the costs for early intervention services for children and youth to climb from $102.6 million in 2017–2018 to $111.7 million in 2019–2020. As part of the Government of Alberta’s Budget 2017, $605 million will be allocated to help Albertans cover basic costs of living and to find or keep their jobs.

Programs such as these will provide employment in this industry. If interest rates go up and the provincial debt increases, the Alberta government may need to cut its program budgets. It has already announced that it would cut costs by amalgamating or cutting 26 agencies, boards, and commissions. Government spending on goods and services is expected to drop to 1.4% between 2020 and 2025.