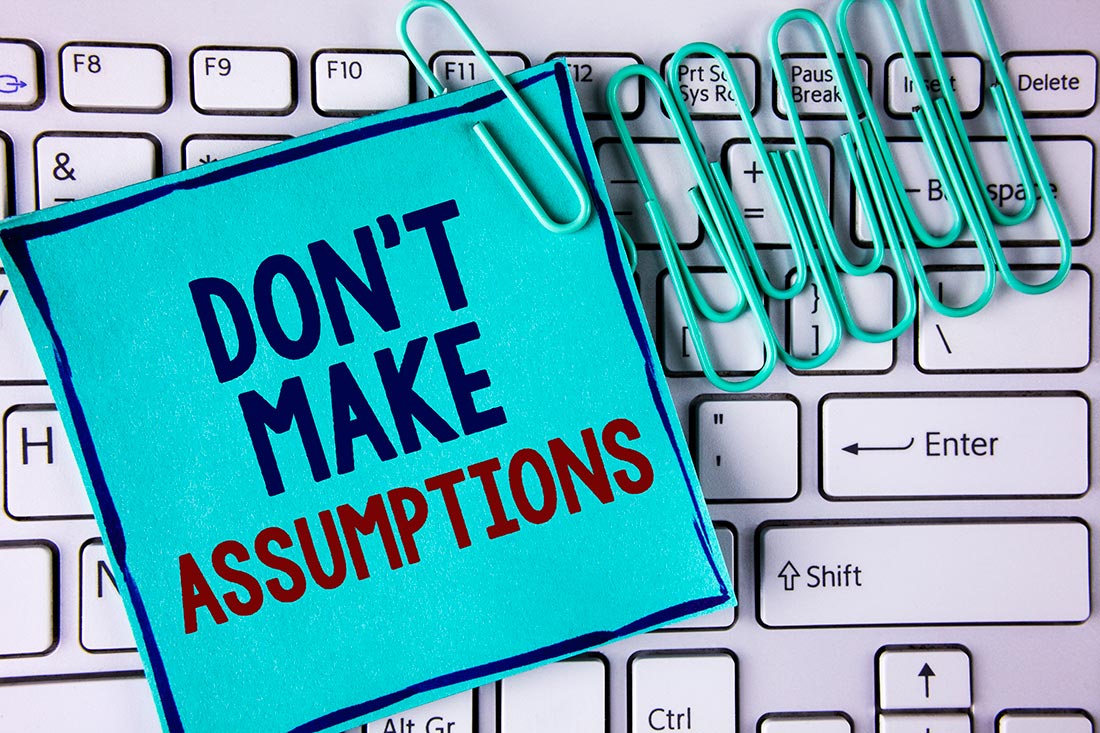 Watch Out for Those Big Assumptions - alis
What assumptions are you making? Sometimes the assumptions you make can get in your way. Check out these examples for ideas to challenge your assumptions.
Choose a guide...

Create New Guide What is an alis guide?
Close
©
iStock.com/Artur
Succeed
At Work
Make Your Work Life More Satisfying
A A

Watch Out for Those Big Assumptions

What assumptions are you making? What will you do to challenge them?

Sometimes the assumptions you make get in your way. Here’s an example:

The first 2 blanks set you up to make an assumption—to think a certain way. If you said “yolk” you were following an assumption that was clouding your thinking.

Didn't catch it? The “yolk” is the yellow part of the egg, not the white part. But your assumptions caused you to overlook that.

Cara’s co-worker is not very communicative or friendly.

Or Cara could challenge her assumptions and:

Jamal’s biology teacher is not wildly enthusiastic that he has finally started handing in his homework assignments.

Or Jamal could challenge his assumptions and: