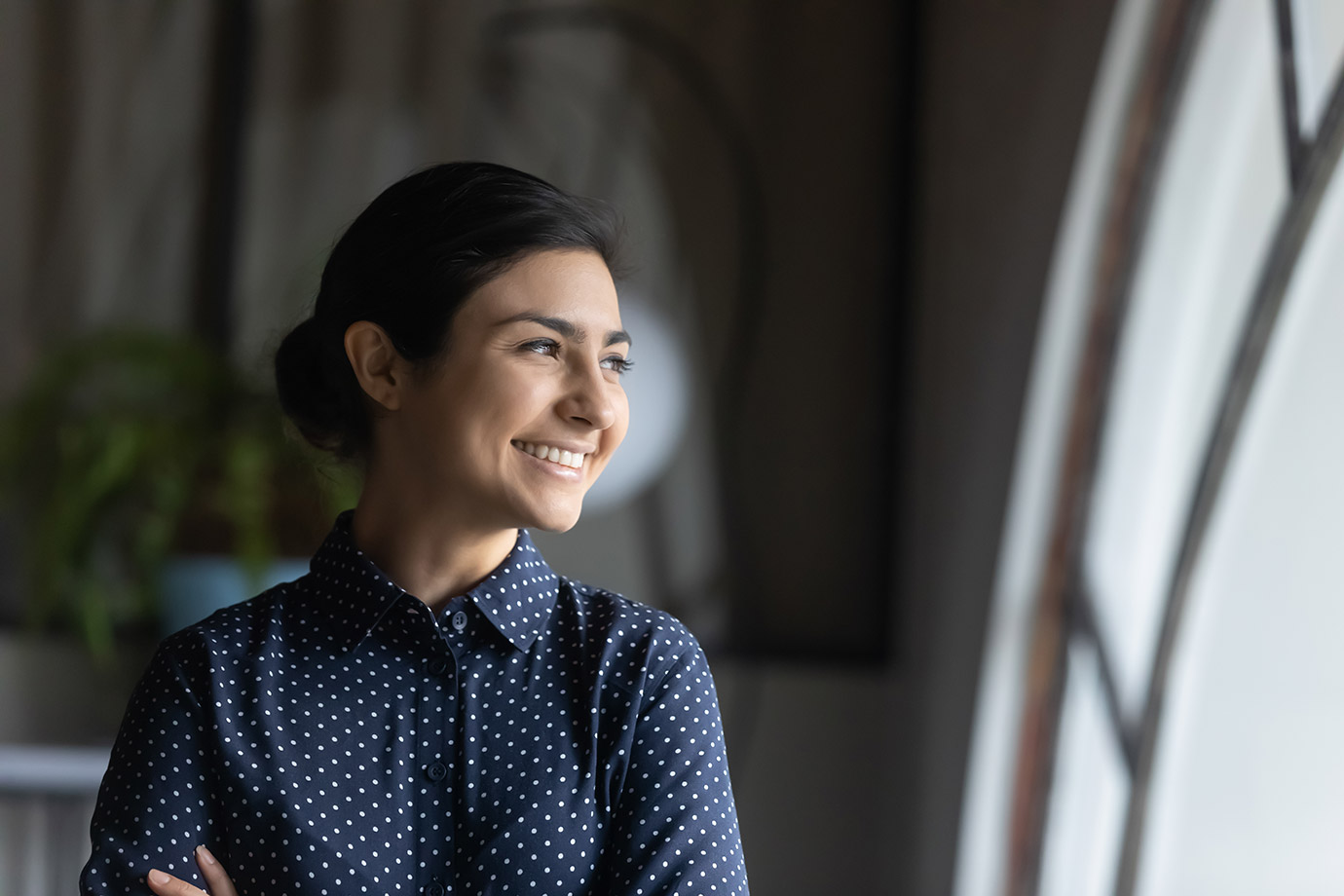 Move Forward With Positive Thoughts - alis
If you change a picture frame, the picture itself can look very different. Try these suggestions to reframe self-defeating thoughts into positive ones.
Choose a guide...

Create New Guide What is an alis guide?
Close
©
iStock.com/fizkes
Succeed
At Work
Make Your Work Life More Satisfying
A A

If you change a picture frame, the picture itself can look different. By reframing self-defeating thoughts, you can turn them into positive ones to help you succeed.

Think back to an experience that seemed negative when it happened. Looking back, did you learn something from it? Did it lead you in a new direction that turned out to be better? Then you changed a negative into a positive. The event itself didn’t change, but you reframed it so the outcome became positive.

Reframing can help you change self-defeating thoughts and feelings into empowering, positive ones.

You have to recognize self-defeating thoughts and beliefs before you can replace them with encouraging ones.

Self-defeating thoughts often come from focusing too negatively on something you’ve said or done. Usually they start with statements like:

Putting yourself down discourages you and blocks you from coming up with solutions.

Learn to reframe your past

Think about some of the things you’ve learned and the successes you’ve had since you were young.

Understand how your past affects your present.

Some self-defeating thoughts can come from childhood experiences. For example, if an older sibling often said you were dumb, you may have come to believe it. If a teacher said, “You’ll never amount to much,” you may be fulfilling that prediction.

Take a closer look at your self-defeating thoughts. Think about some of the things you’ve learned and the successes you’ve had since you were young. When you catch yourself thinking something like “I'm a failure,” look closely at the thought and try to be specific:

Look at the evidence. Ask yourself what proof there is to support your negative thoughts. For example, suppose you think you’re too old to go back to school:

If you pay attention to what you believe is the evidence for your negative thoughts, you may find that it’s time to reframe your thoughts.

Change negatives to positives. Write down your negative thoughts and reframe them into positive ones. For example:

Try saying positive things to yourself. For example, complete the following sentences:

Create your own positive thoughts. Try these ideas:

The more you practise reframing your negative thoughts and feelings, the better you will get at it.