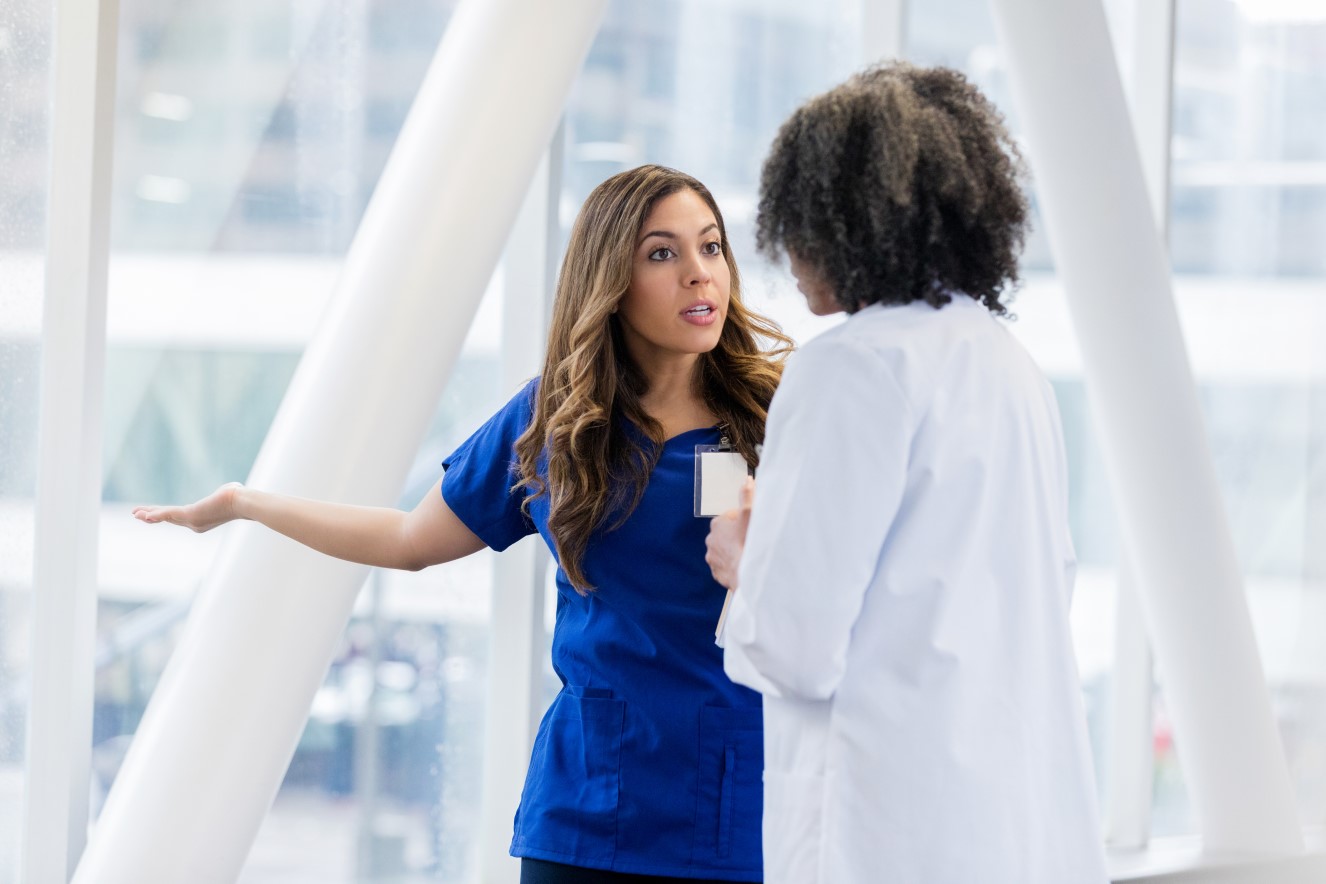 Learn How to Resolve Conflicts: Case Studies from Large Workplaces - alis
Large workplaces and unionized environments often have structured solutions for resolving conflicts. Read these 2 case studies to see if their approaches might be helpful in your situation.
Choose a guide...

Create New Guide What is an alis guide?
Close
©
iStock.com/SDI Productions
Succeed
At Work
Manage Challenges
A A

Learn How to Resolve Conflicts: Case Studies from Large Workplaces

Many Alberta unions and large employers use proven, multi-step methods to deal with workplace conflicts. These processes help to keep the majority of conflicts from escalating.

Here are 2 cases where organizations created methods for managing conflict at the lowest possible levels. Learning from these situations can prepare you to better navigate workplace disputes in a variety of work environments. 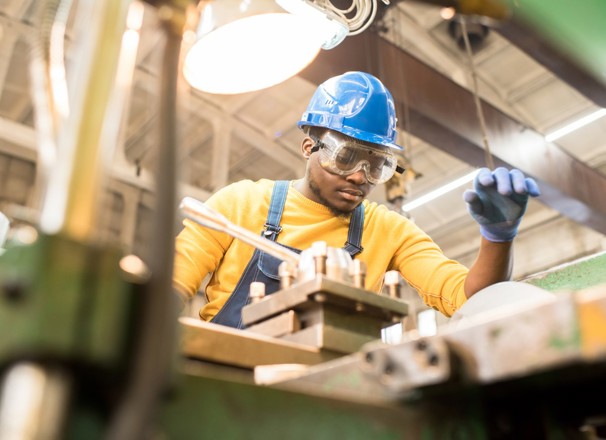 Learn about your rights and the rules and regulations regarding unionized workers in Alberta.

An Alberta organization with thousands of unionized employees was in a troubling situation. Just one of its many unions had 100 unresolved grievances filed under its collective agreement.

The unions and management agreed that a new process was needed for settling workplace conflicts. They came up with a 4-step approach that starts simply and moves to more complex and formal processes only if the problem is not resolved.

Unions and management agreed on an interest-based problem solving approach that is flexible and respectful.

Now, when workers and supervisors disagree, they are urged to talk through these steps early and directly with one another.

The goal at this level is to involve as few people as possible. This works only if everyone is making an honest effort to understand each other's needs and interests.

Check out these common problems in workplace relationships and try the suggested solutions.

2. Use a consultation meeting

If the people involved are not satisfied with the result, or if they don't feel comfortable talking one-on-one with their supervisor, the process moves to a consultation meeting. The supervisor and worker attend the meeting along with union and human resources representatives, who act as facilitators.

The in-house facilitators lead the group through an approach where they examine everyone's issues and interests. They explore many options to find a solution. Sometimes the facilitators suggest options or solutions, but they do not take anyone's side.

If the consultation stage does not resolve the issue, the dispute goes to the formal review stage. Here, the people involved, along with human resources and union representatives, meet with the general manager of the department. That person serves as facilitator.

All agreements reached at this stage are confidential, confirmed in writing, and respect the legal and contractual rights of everyone involved.

4. Take the issue to arbitration

If an agreement is not reached in step 3, either side can take the conflict to arbitration.

Arbitration: A method of settling a dispute by having a neutral mediator or panel hear the positions of the parties and issue a decision, sometimes called an award, resolving the matter.

Efforts are paying off

This 4-step process has worked well for the organization, largely because it trained its human resources and union representatives as facilitators in interest-based problem solving.

Also, the organization has sent hundreds of employees, managers, supervisors, and union representatives to seminars on collaborative problem solving. The organization provides training on an ongoing basis.

The new process means that the traditional roles of human resources and union representatives as advocates of either the management or union side on an issue have changed. Now, the facilitators help the parties arrive at a solution they can both agree on.

"A lot of issues are solved at the consultation stage—especially where there is a problem but no clear violation of the collective agreement. I think we are able to achieve more under this process."—Union Business Agent

Harassment and discrimination based on race, gender, disability, or religious beliefs, can be hard to prove. Left unresolved, these issues can poison work environments.

Harassment and discrimination claims can sometimes trigger grievances. The people affected may take matters to the Alberta Human Rights Commission or to court. These paths can be difficult, time consuming, costly, and hard on working relationships.

Learn about this independent, impartial tribunal that administers and interprets labour laws that affect unionized workplaces.

A large Alberta employer saw the value of dealing with sexual harassment and on-the-job discrimination quickly. They use a 3-step process.

The parties decided to adopt an informal harassment and discrimination complaints process. Employees with concerns are first asked to talk to their supervisor. But that isn't always practical, especially if an employee feels the supervisor is part of the problem.

Therefore, a person with a complaint can choose from 20 employee contacts who keep the information confidential. The contacts are also trained in the informal complaints process, but they don't offer advice on resolving conflicts. They help employees better understand harassment and discrimination.

For employees who believe they've suffered from one of these things, the contacts can recommend help, including from an outside facilitator.

The people involved in a conflict have the option of using informal mediation or facilitation. The employer pays for an outside mediator or facilitator—one who is acceptable to everyone. The facilitator talks directly to the parties involved and uses issue-based problem solving to find a solution.

If this resolves the conflict, the parties sign an agreement. That can end the matter. No information about the agreement or the conflict reaches other managers or the unions.

If the informal process fails, the next step could be a formal investigation. This is where the organization's chief executive examines the facilitator's findings and makes a decision.

The decision can be appealed to the employer's board of directors, through the courts, or through the Alberta Human Rights Commission.

So far, 3 investigations and one appeal have occurred. The employer says that's a sign informal problem-solving is working.

"When we get to a formal investigation, it means we've failed. Neither informal mediation nor formal investigation is cheap. But contrast that with not protecting a working relationship and having the issue hanging unresolved over the people's heads."—Employer Representative

Learning from these 2 case studies

These organizations found ways to manage most conflicts without letting them escalate to the level of a formal grievance or court case. Your workplace may have different policies and procedures in place. If there isn't a defined process, consider presenting these tried-and-true approaches as possible options to your employer.

Whatever your situation, you can still learn a lot from the approaches taken in these two case studies. If you find yourself in a workplace conflict, remember to address the issue as early as possible. Try to solve the small problems before they grow into big ones. In cases where you feel comfortable doing so, speak directly to the person you have the issue with. Aim for informal solutions that both of you can be satisfied with. And, if you do need to escalate the issue, commit to finding a workable solution at each step. By taking this approach, you can help to keep a conflict from permanently damaging a work relationship.