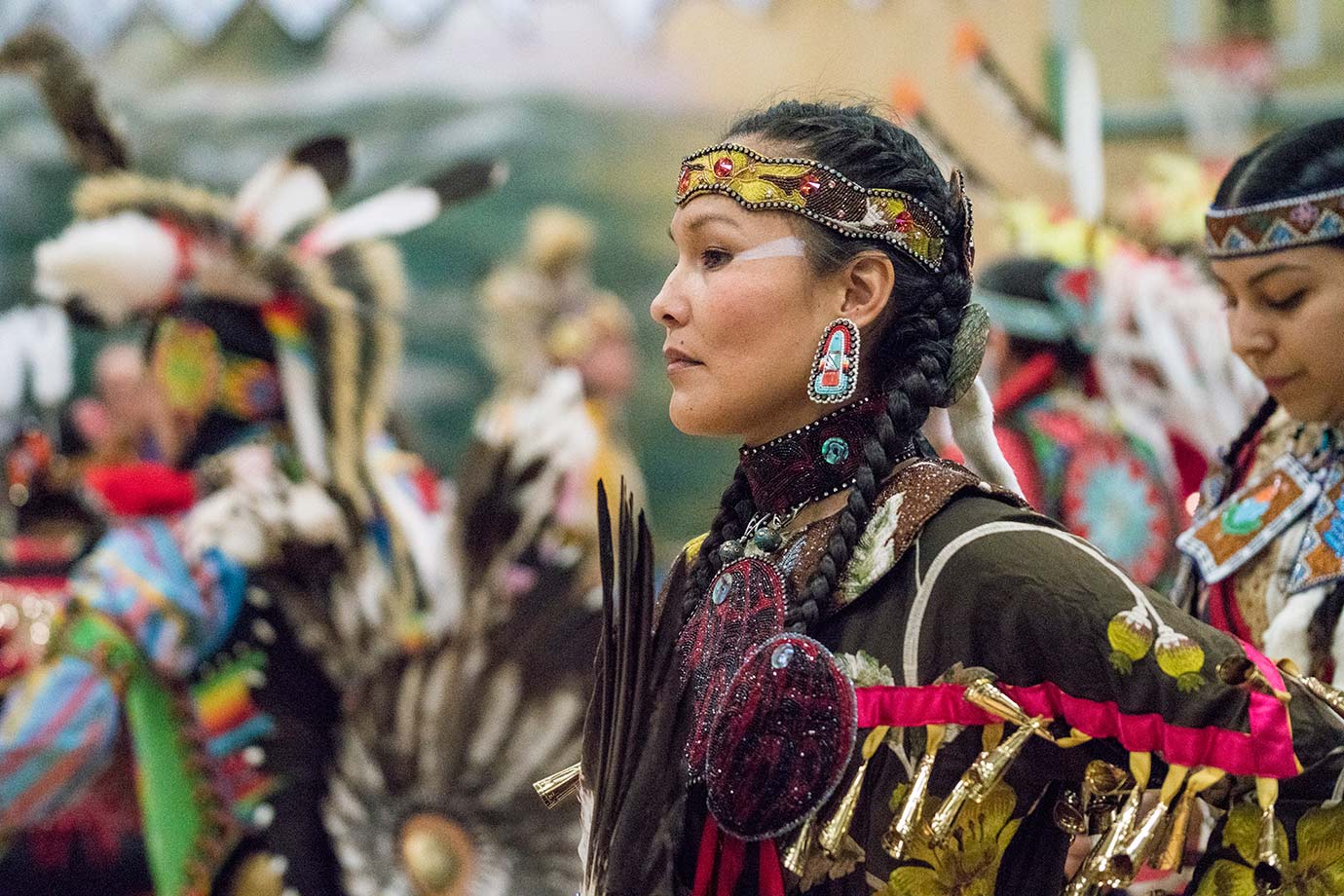 Important Context for Counselling Indigenous People - alis
Do you work with Indigenous clients? Enrich your knowledge of relevant terminology, history and legislation, lifestyles, identity, and community.
Choose a guide...

Create New Guide What is an alis guide?
Close
©
iStock.com/ChristiLaLiberte
Inspire
and Motivate
Counselling Indigenous People
A A

While people belonging to a particular Indigenous group may share similar backgrounds and cultural experiences, they are also unique individuals with their own beliefs, values, and world views. The information in this article applies generally to Indigenous peoples, and may or may not apply to specific persons within these groups.

Explore these articles to discover important context, effective practices, and ways to collaborate with employers when providing career counselling to Indigenous people.

"Everyone’s world views are entirely different. Go into each situation with an open mind. You can meet 2 people from the same community who will be very different. All generalizations don’t apply to all individuals. Depending on how you are raised, it is different for each individual."

The term used in the Constitution Act, 1982 to refer to First Nations, Métis, and Inuit. Although it is still used in some contexts, Indigenous is now the preferred term.

A band is defined in the Indian Act as a body of Indians for whom lands have been set aside or for whom moneys are held by the Government of Canada, or who have been declared by the Governor in Council to be a band. Most bands prefer to be referred to as First Nations.

The band council includes band members who have been elected as chief and councillors, either under Section 74 of the Indian Act or by band custom, to govern the band and administer its affairs.

A band member is an individual Indian who is a recognized member of a band and whose name appears on an approved Band List. Where a band has adopted its own membership code, it may define who has a right to membership in the band. Therefore, being a status Indian is not necessarily synonymous with being a band member. Status Indians who are not band members are included in the General List.

1 of the 3 officially recognized Indigenous groups within the Constitution Act, 1982. Distinct from the Métis and Inuit, this group consists of many diverse, individual nations. Many First Nations, but not all, signed treaties with the British colonial or subsequent Canadian government.

This colonial-era term has largely been replaced by First Nations except:

This term refers to the descendants of the original inhabitants of Canada. Officially defined in the Constitution Act, 1982 as Aboriginal people, Indigenous is now the preferred term. Both terms are inclusive of First Nations, Métis, and Inuit. The Constitution does not define membership of the individual groups.

There are a number of different views about what, in fact, constitutes Indigenous rights. The 2007 United Nations Declaration on the Rights of Indigenous Peoples (UNDRIP) attempts to provide a universal framework of minimum standards for the survival, dignity, and well-being of the Indigenous peoples of the world. The declaration is not legally binding, however, and adoption and implementation within Canada, Alberta, and the other provinces and territories remains uncertain.

With traditional lands throughout Arctic Canada, the Inuit are among the 3 officially recognized Indigenous groups within the Constitution Act, 1982. Alberta’s Inuit population is largely urban, existing primarily in the province’s northern cities.

The Indian Act describes a reserve as lands set apart for the use and benefit of a band and for which the legal title rests with the Crown in right of Canada. The federal government has primary jurisdiction over these lands and the people living on them.

Between 1893 and 1996, residential schools operated in Canada supported by the federal government and often run by churches and missionary organizations.

These schools were established to forcibly assimilate Indigenous children into Euro-Canadian culture. Underfunded, located in remote places far away from children’s home communities, and lacking proper oversight, the schools were plagued by disease, dubious educational outcomes, and physical, emotional, and sexual abuse.

The Indian Residential Schools Settlement Agreement recognized 25 residential school locations in Alberta. There are also several other schools not included in the settlement.

A treaty is a legal document that was signed with Indian bands and various British colonial and, later, Canadian governments before and after Confederation in 1867. No 2 treaties are identical, but they usually provide certain rights, including annual payments for ammunition and annuities, clothing every 3 years, hunting and fishing rights, reserve lands, and other entitlements. In signing a treaty, the Indian bands surrendered their prior rights, titles, and privileges to the designated lands. Alberta is home to Treaties 6, 7, and 8, which were signed in the late 1800s.

A treaty Indian is a person affiliated with a First Nation that has signed, or whose ancestors signed, a treaty and who now receives land rights and entitlements as prescribed in a treaty.

Treaty rights are legal rights to lands and entitlements that Indian people have as a result of treaties.

Indigenous Canada is a free online course from the University of Alberta's Faculty of Native Studies. It explores Indigenous histories and contemporary issues in Canada from an Indigenous perspective.

Section 91(24) of the Constitution Act, 1867 states that legislative authority for Indians and lands reserved for Indians rests with the Parliament of Canada.

With the passage of the first Indian Act in 1876, and the amendments to that Act in 1879, the federal government was given great power over Indian people living on reserves. The Act stated who was an Indian and who was not, controlled movement from the reserves, dictated when and where children would go to school, and denied Indian people the right to vote unless they first gave up their Indian status and treaty rights. Sections of the Act also gave the federal government authority over Indian people who had no reserve lands. It wasn’t until the early 1960s that Indigenous people were allowed to vote under federal law without losing status or treaty rights.

Bill C-31 is the 1985 pre-legislation name of the Act to Amend the Indian Act. This legislation removed discriminatory clauses against women and restored status and membership rights. Indigenous people who have been reinstated as status Indians under this Act are often referred to as Bill C-31 Indians.

From 2008 to 2015, the Truth and Reconciliation Commission of Canada documented the history and impact of the residential school system on Indigenous students and their families. Its final report concluded that the school system amounted to cultural genocide and put forward 94 “calls to action” for advancing reconciliation between Canadians and Indigenous peoples. For more information, read the Summary of the Final Report and visit the National Centre for Truth and Reconciliation.

First Nations, Métis, or Inuit people may be connected with their traditions in varying degrees. The following is a simplified description of possible Indigenous lifestyles that remain relevant.

Indigenous people in a traditional lifestyle live off the land by hunting, fishing, and trapping. They usually have little contact with people outside this lifestyle.

Indigenous people with a bicultural lifestyle are comfortable in both Indigenous and mainstream cultures, but they may still have strong ties to tradition. For example, these people may live or have grown up on a reserve or settlement and take part in the community’s spiritual and cultural life, but they may currently live or be employed elsewhere, in a non-Indigenous setting.

Indigenous people living and working in a town or city may have few ties to their Indigenous heritage and may be integrated into the mainstream or dominant culture.

Indigenous people not strongly connected to either mainstream or traditional culture may be in a period of transition. They could be in the process of moving from a rural area or reserve to a town or city, or they may have been raised in a non-Indigenous family or context and may have only begun the search for their roots.

The Report of the Royal Commission on Aboriginal Peoples states that “Aboriginal people explained to us that their various nations have distinct cultures, with unique knowledge and understandings of the world around them.” For this reason, pan-Indigenous approaches can sometimes heighten a client’s sense of disconnect from their community.

Indigenous people who live a traditional lifestyle are more likely to use the services of Indigenous agencies or Indigenous social workers. If a client is more traditional, it is important for counsellors to understand that the person is guided by practices that reflect that choice. These practices may include the following:

Values will, of course, be unique to each client. While it is helpful to have a general appreciation of common values that may be found in a particular cultural group, take time to understand what is fundamentally important to each person. Help clients use those values as a framework for the career-building process.

From rural to urban life

"When someone leaves their Aboriginal community to pursue work or go to school, [there is often] a support system with the families and community. In some cases, even when there is support, students, in particular, will return home, often due to the feeling of being overwhelmed and intimidated by the transition from their rural home communities to the urban settings."

Indigenous people hold strong values related to children and family, including extended family. Indigenous clients who highly value family ties, or who may be very involved in family events, will need time away from studies or work to maintain family relationships. Counsellors can help clients anticipate such circumstances and help them plan for family events.

Indigenous clients trying to create life changes involving further education or relocation may also face a variety of challenges. While families and community leaders may be supportive, it is a challenging adjustment.

Clients who feel less supported by their communities may be receiving subtle or direct messages that they are:

These messages may be discouraging to Indigenous clients and may affect their self-esteem. They may also raise troubling fears of loss of community.

Indigenous people are overrepresented in the number of Canadians suffering from social, emotional, and physical ill health. The Report of the Royal Commission on Aboriginal Peoples documents struggles with the breakdown in community and family order that underlie social and emotional challenges. It suggests that cultural and material losses experienced historically by Indigenous people have contributed to anger, grief, damaged self-esteem, and a sense of hopelessness. Addictions and substance abuse, which can be related to cultural disruption and enduring hardship, have become additional challenges for some Indigenous people.