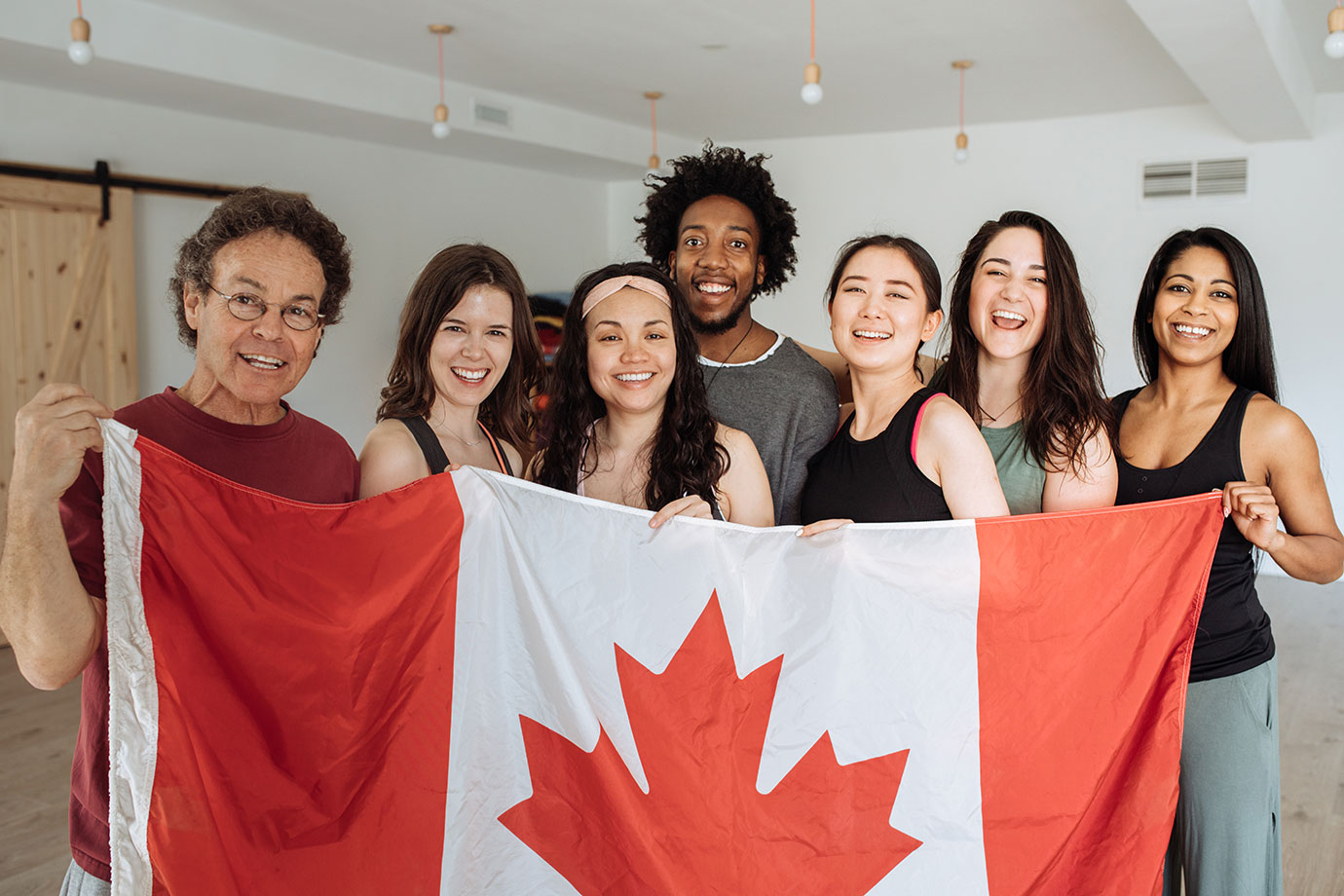 Important Context for Counselling Newcomers - alis
If you counsel newcomers to Canada, consider factors such as the distinct experiences of voluntary immigrants and refugees, cultural identity and transition, and employment readiness.
Choose a guide...

©
iStock.com/kate_sept2004
Inspire
and Motivate
What Works: Career-Counselling Strategies for Diverse Clients
A A

Counsellors working to help newcomers may face trouble if they do not understand clients’ beliefs and values. Newcomers to Canada are adapting to life in a new environment. They are also adjusting their career goals to unfamiliar cultural, economic, and political situations.

Learn how to help newcomers with work search barriers such as qualifications assessments, language and communication barriers, and discrimination.

“It is important to understand the situation where newcomers are coming from—are they independent immigrants or refugees? Some may have been in camps for years living through horrific circumstances. It’s important to consider how we can best work with people who are trying to adjust to our society and our workplaces.”

Newcomers are persons who are new to living in Alberta. This broad definition can include migrants from other provinces, immigrants, refugees, international students, and those with temporary visas or work permits. Refugees and immigrants are discussed here as newcomer subgroups that often require specialized career and employment counselling.

Refugees are persons who need protection from persecution or whose removal from Canada would subject them to a danger of torture, a risk to their life, or a risk of cruel and unusual treatment or punishment. Most often they have fled their countries involuntarily, and they have had little time to prepare for moving to Canada. Refugees may travel directly to Canada, but they may also spent time in temporary camps.

In general, immigrants to Canada:

“It’s important to know about the various referral agencies that are available to give people further assistance. Many times there is emotional trauma. We need to be aware of what our clients can do to deal with torture, abuse, or other problems so that they can move forward and get into the labour market.”

In comparison, refugees in Canada:

It is important to note that both categories of newcomers to Canada experience periods of adjustment.

Dimensions of culture may include age, gender, ability, race, religion, language, family values, socioeconomic status, sexual orientation, and more. Culture is the sum of what people have learned, what they believe, what they value, and what they enjoy.

Hope for a new life

“Sometimes people arrive with false or unrealistic expectations of what they are going to be able to do. This can be a huge issue with teens and young adults. We try to help them to look realistically at where they’re at, help them adjust and be able to take positive steps forward.”

When people enter a culture not their own, they go through an adjustment process. Sometimes, if this adjustment is severe, it is called culture shock. Culture shock occurs for newcomers for several reasons:

Culture shock does not necessarily happen when people first arrive in a new and different country. It may take some time before newcomers are confronted with the deeper meanings and expectations that are so difficult to identify and understand. When working with newcomers, remember that people have different ways of perceiving everything, from the nuances of language and gestures to different ideas about working.

“Canada is seen as a land of opportunity and hope. But then reality strikes and newcomers understand the severity of barriers facing them. They can become depressed very quickly. Canada may be a plentiful place, but it could take from 2 to 15 years for newcomers to adjust.”

Culture shock may negatively affect a person’s ability to gather information, make decisions, and solve problems. Adjustment difficulties may cluster around the client’s:

Inner conflicts and emotional turmoil associated with culture shock and homesickness can scatter energy, reduce motivation, limit risk-taking behaviours, and reduce openness to learning. People may be grieving over the loss of their old sources of support and validation. Family dynamics may be disturbed, which may directly and indirectly affect a client’s behaviour and mental health. Some people have family and psychological issues that require additional, specialized intervention before they secure employment.

In many cultures, a major part of one’s identity comes from work. Validation and meaning may depend on work role performance and role-based relationships. Role shock describes the experiences of a person who moves between a more traditional or highly structured culture and one that has more loosely structured roles.

Many newcomers assume that their established role will continue into the new culture. They expect that they will be able to show the same behaviours, get the same kind of satisfaction, and reach the same sort of reward that they are used to. These behaviours and expectations may result in undesirable reactions within the new culture, creating barriers to career exploration.

Career development as a new concept

“Career development may be a familiar concept to people in this part of the world, but in environments where doing whatever you can to survive is a primary objective, the notion of planning a career that suits your skills and talents may seem frivolous or unrealistic.”

When occupational qualifications from a newcomer’s home country are not recognized in Canada, that person can feel a loss of identity. Loss of a previous identity that used to act as an anchor for self-esteem may result in frustration, hopelessness, and bitterness.

As newcomers integrate into Canadian society, they face difficult decisions about their previous cultural identity. For example:

The results of these decisions range from isolation to assimilation. Many studies show that commitment to both cultures, or biculturalism, is the most positive strategy. It involves integrating home and host cultures in ways that work best for newcomers.

The value of settlement services

“Multicultural orientation sessions try to help people to realize that they will adjust to life in Canada easier if they can leave behind those parts of their former identities based on tribes and status. Group activities, field trips, and other economic and cultural experiences seem to help.”

As newcomers look for work, that search often brings them face to face with harsh economic realities. These realities may not align with their expectations about Canada’s economic and employment conditions. Many will have a natural emotional reaction to these barriers.

In their work search, newcomers are often persistent and willing to take any job. This attitude can be due to a variety of social factors:

Environmental challenges may include living in regions that:

Systemic challenges may include:

“I didn’t know about the variety of barriers, including systemic ones. It seems we tend to undervalue their education and experience even though we don’t have a good understanding of it.”

Social challenges may include:

Personal challenges may include:

Lack of English language proficiency can be a major employability challenge. Learning English or French is a top challenge cited by newcomers, second only to finding an adequate job.

Newcomers who have trouble learning and speaking English may be assigned lower-level tasks, despite technical qualifications and competence. Due to language anxiety, they may avoid situations that could help them progress in their employment and career.

Second-language anxiety can create a vicious cycle where:

Sometimes newcomers find jobs where others from their homeland are working. They can then speak their own language. Often they will remain in these jobs because they are comfortable and they don’t have to learn English.

Counselling newcomers may also be more difficult when there is a language barrier. It may result in misunderstandings, incorrect information provided by the client, and invalid assessments of people’s goals and abilities