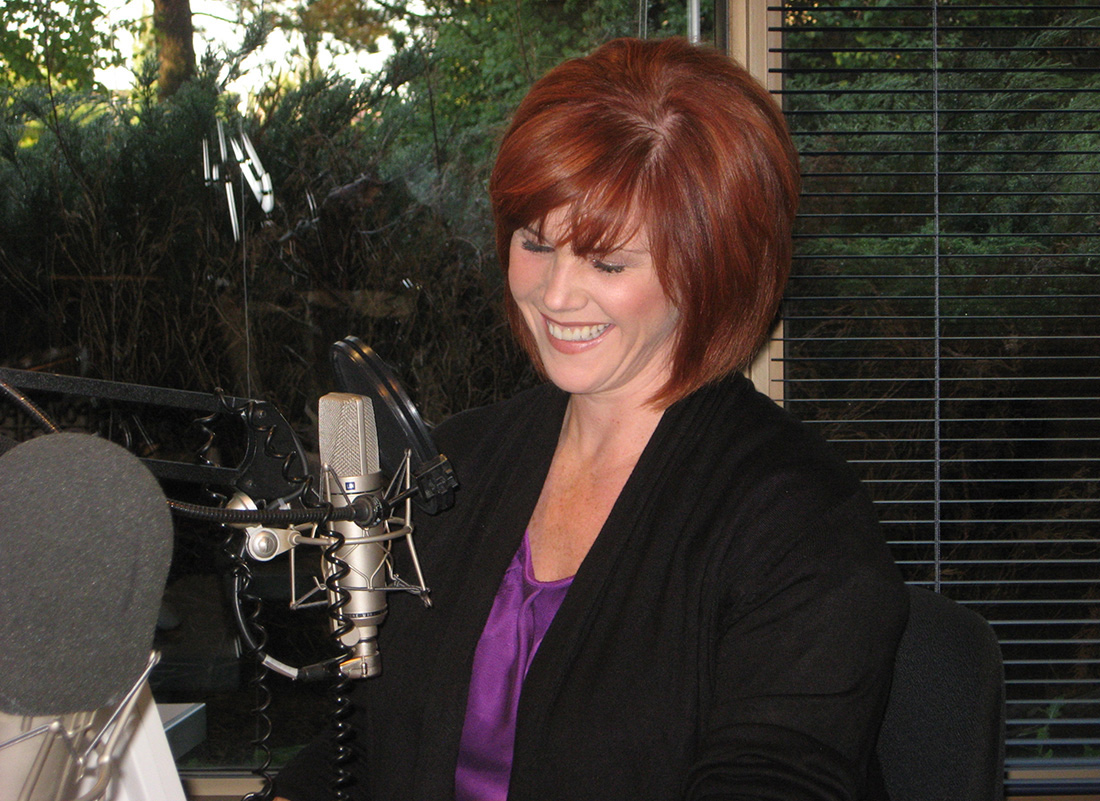 Announcer: Occupations in Alberta - alis
Do you like talking and have a good speaking voice? Do you have excellent reading and writing skills? Then you may want to entertain a career as an announcer.
Choose a guide...

Announcers and Other Broadcasters

Interest in handling music, videos and other entertainment materials for broadcasts

Interest in diverting audiences by acting as hosts/hostesses and masters of ceremonies, by introducing and interviewing guests and by conducting proceedings of shows and programs

Interest in compiling information by maintaining contact with external sources or by observing traffic from air and land vehicles for the purpose of reporting on traffic conditions; and in using information provided from weather forecasting services for the purpose of reporting on weather conditions and in using digitized replay to do analysis of sporting events

Depending on the station and the market it serves, announcers may specialize in a particular type of work or share tasks with other station personnel, such as:

Announcers often are invited to make public appearances or serve as master of ceremonies (emcees) at special events. They also may broadcast live from commercial businesses or shopping malls, or be asked to judge contests. In addition, it's becoming more common for announcers to have a social media presence.

At most radio stations, computer software programs are used to schedule music for radio programs. At some stations, announcers play special listener requests.

When music announcers are off air, they record commercials for later broadcast, preview new music, and prepare material for later shows. They also host local station and charity events, and participate in station promotions.

Talk show hosts and interviewers host radio and television shows that feature discussions with a variety of guests on topics of interest to the general public. Guests may be present in person or connect in by phone or video. Listeners may talk to guests live during the show and voice their own opinions about the topic. Most talk shows are recorded live at a radio or television station.

Talk show hosts and interviewers must research topics before going on air to talk about them.

Sportscasters are radio and television announcers who specialize in sports broadcasts. In general, they:

Sportscasters prepare their stories on computer terminals, working from material gathered from wire services and adding their own information. Sometimes, they host sports programs that feature interviews with sports figures or review recent or upcoming sporting events.

At regular intervals during the day and evening, sportscasters provide sports reports. These reports may be taped or broadcast live.

News broadcasters (newscasters and reporters) gather, organize and report the news on radio or television, as well as online and over social media. In general they:

News broadcasters who have a sufficient reputation or social media following may also be requested as speakers or emcees at events such as business and industry conferences, charity events, or convocations.

Podcasters prerecord sports, news or entertainment shows for listening at any time through computers or mobile devices. Listeners can subscribe to podcasts, so new episodes can be sent to their devices automatically.

Announcers generally work shifts that include evenings, weekends and holidays and may include early mornings or late nights. Sports announcers often work irregular hours or split shifts because their schedules are determined by sporting events. The work can be stressful because live broadcasting allows little room for error.

Announcers may work in comfortable but sometimes crowded studios, or they may broadcast from on-location booths or even standing at a busy event.

They should enjoy working with music, videos and other news and entertainment materials for broadcast, to inform and entertain others, and to compile and present information.

Announcers must be able to write clearly and concisely, and keep up to date on current events. Interviewers must be able to guide discussions in a direction that is interesting and informative. Computer skills are a definite asset, especially skills related to digital on-air and sound editing systems, and website management.

Most announcers have post-secondary education in related areas such as journalism, broadcasting or communications. Employers generally require news announcers to have a related diploma or degree.

Announcers usually find work by marketing themselves through audition tapes and personal interviews. Aspiring announcers must be willing to start at small radio and television stations, often in rural communities or on post-secondary campuses. Some may start with independent podcasts on social media, then move to established stations after developing a following. Larger stations usually hire experienced announcers having a sufficient popularity that proves they can attract and hold the attention of a large number of viewers or followers. Some announcers may begin with larger stations as the local correspondent for a particular town or area, then move into larger roles. Being a good fit with the station’s culture and its watcher / listener demographic is also key.

At small radio or television stations, announcers may host music shows and read news, weather and sports reports as well. Sometimes, they are involved in writing commercial advertisements and selling air time.

Experienced announcers usually specialize in one area of presentation, such as music, news, sports or interviewing. Movement from station to station is common as announcers seek positions with larger audiences, or return to smaller stations in management positions. Announcers may also move back and forth between radio and television mediums during their career, or even do both at the same time. Announcers may become programming directors, station managers, news anchors or directors, or executives with broadcasting companies.

Some announcers freelance as emcees or disc jockeys for special functions, or record commercials on a contract basis.

In the 5231: Announcers and other broadcasters occupational group, 97.0% of people work in:

In Alberta, the 5231: Announcers and other broadcasters occupational group is expected to have an above-average annual growth of 2.5% from 2019 to 2023. In addition to job openings created by employment turnover, 20 new positions are forecasted to be created within this occupational group each year.

Salaries for announcers vary tremendously and are based on experience and responsibilities. However, a typical starting salary would likely range from $30,000 to $40,000. In a large market, an experienced announcer might earn from $60,000 to $100,000. Because of large audiences for morning shows, morning hosts in large markets are often paid at the higher end of that range.

Announcers and other broadcasters