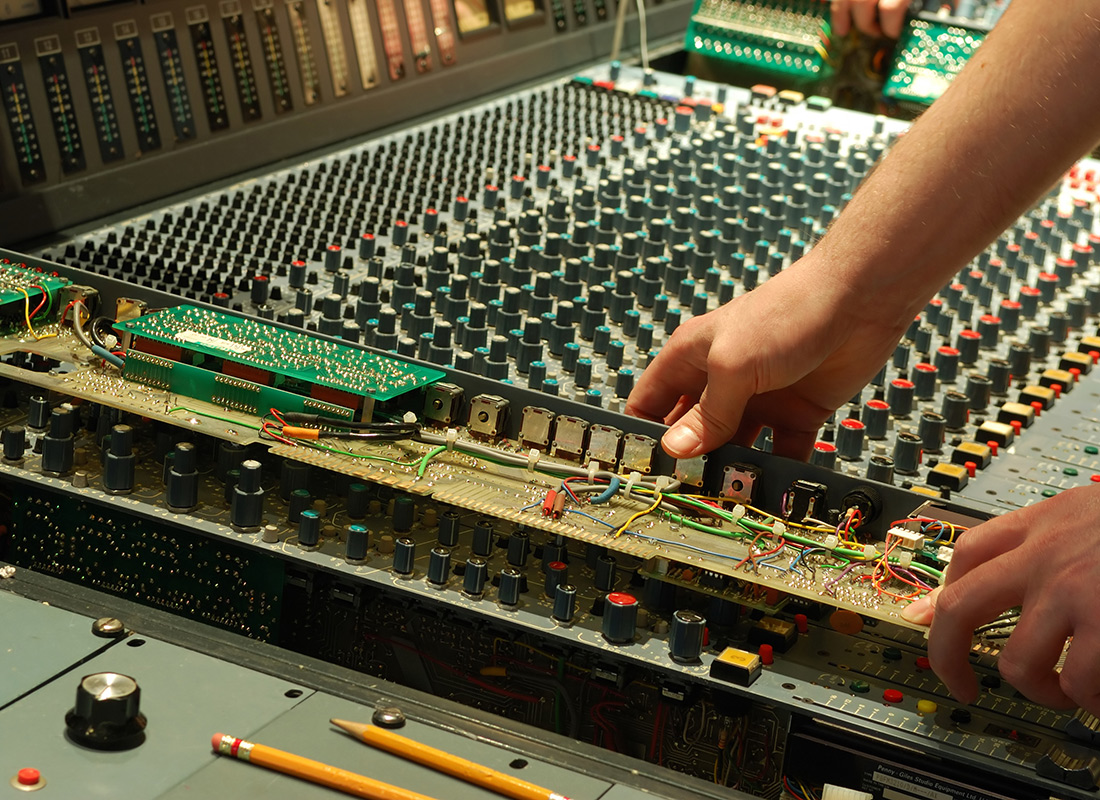 Broadcast Maintenance Technologist: Occupations in Alberta - alis
Do you like to tinker with computers, networks, electrical and mechanical equipment? Do you have a knack for precise, coordinated work? Then you may want to think about a career as a broadcast maintenance technologist.
Choose a guide...

Create New Guide What is an alis guide?
Close
Occupations in Alberta
©
iStockphoto/kongxinzhu

Interest in controlling and operating radio and television broadcasting systems to broadcast and receive signals; in operating broadcast equipment to produce audio and video streaming broadcasts for the Internet; and in setting up and operating consoles to pick up and select feed sources from different locations and to air radio or television programs and commercials

Interest in maintaining, installing and troubleshooting a wide variety of broadcast hardware and software

All audio, video, computer and other technical equipment in studios and at remote locations or transmitter facilities must be regularly tested, adjusted, cleaned and inspected. When a problem is detected, broadcast maintenance technologists repair and restore equipment to proper operating condition

Broadcast maintenance technologists maintain and repair a wide variety of equipment, including:

Depending on the size of the broadcast company, maintenance technologists may:

Broadcast maintenance technologists usually work shifts, including evenings, weekends and holidays. They may be required to remain on standby during their time off in case emergency repairs are needed at the station or at transmitter facilities. Overtime may be required to meet broadcast deadlines.

Technologists who work for broadcast companies that have a large number of rebroadcasting facilities may be required to travel extensively.

They should enjoy setting up and operating equipment, and trouble-shooting technical problems.

After they are hired, inexperienced broadcast maintenance technologists receive further training on the job.

In some cases, broadcast maintenance technologists are hired on a contract basis.

In the 5224: Broadcast technicians occupational group, 80.9% of people work in:

In Alberta, the 5224: Broadcast technicians occupational group is expected to have a below-average annual growth of 0% from 2019 to 2023. In addition to job openings created by employment turnover, 0 new positions are forecasted to be created within this occupational group each year.

Employment prospects are best for broadcast maintenance technologists who are willing to travel or relocate.

Salaries for broadcast maintenance technologists vary depending on the technologist's experience and training, and the size of the broadcast company.