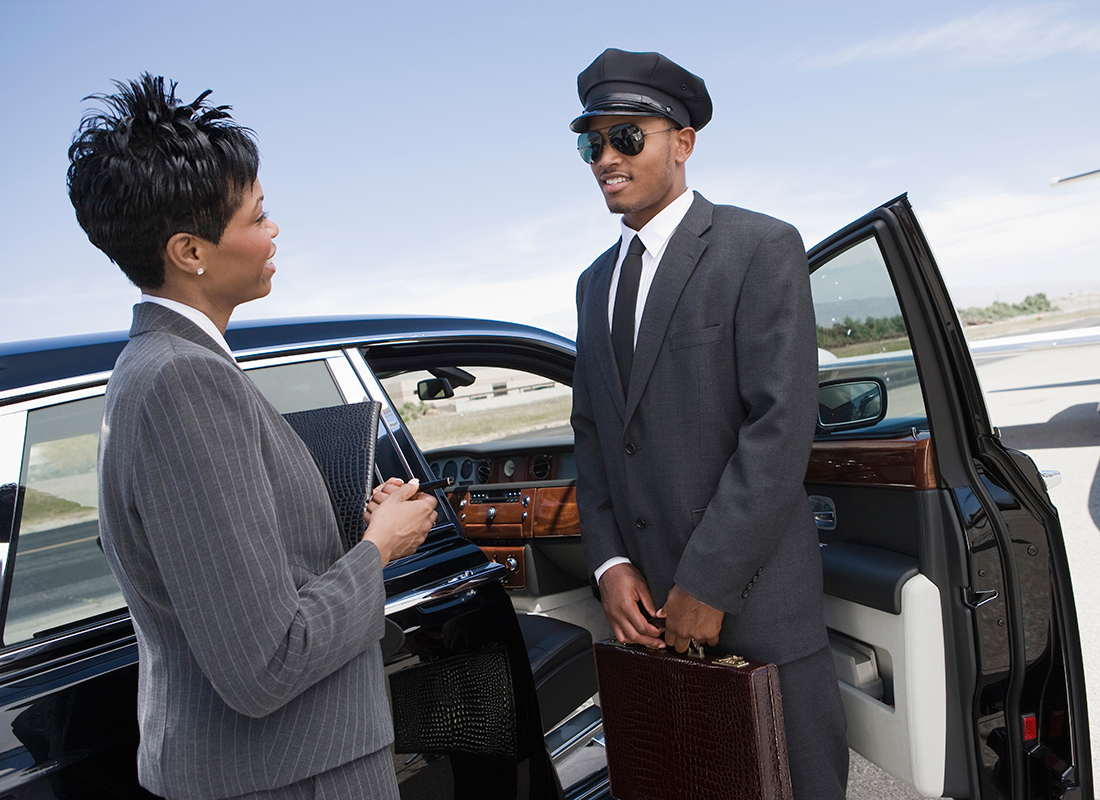 Chauffeur: Occupations in Alberta - alis
Do you like driving? Are you well-spoken? Do you know your town or city inside and out? You may have a drive for becoming a chauffeur.
Choose a guide...

Interest in driving employers, and passengers designated by employers, to destinations in automobiles and limousines, and to meet and pick up employers according to requests, appointments and schedules

Interest in copying to clean and make minor repairs to vehicles, and to take vehicles for servicing

Interest in speaking to perform business and personal errands for employers such as delivering and picking up mail, business documents and parcels

A chauffeur’s main job is to drive safely and efficiently. But chauffeurs also:

Chauffeurs may work part time, on call or full time. They spend most of their work time driving or waiting for passengers. Chauffeurs often work nights and weekends. Some may work shifts. They usually wear a suit or uniform.

Chauffeurs may deal with difficult passengers, and may hear confidential information while driving.

Taxi and limousine drivers and chauffeurs

This chart shows which job skills are currently in highest demand for this occupational group. It was created using this occupation's 33 most recent Alberta job postings, collected between Nov 27, 2021 and Sep 30, 2022.

In Alberta, chauffeurs must have a Class 4 Alberta Operator’s Licence. This means passing a medical exam, written exam and road test. Depending on where they work, chauffeurs may also need a municipal chauffeur’s permit to begin training. To get the permit, they may need to complete an English exam and defensive driving course.

Municipalities and employers monitor demerit points and moving convictions. They may not allow drivers to work if they have more than 6 demerit points.

Chauffeurs may also need to pass tests about their knowledge of the city. They may need a police abstract showing they have no criminal convictions.

Chauffeurs who work for limousine companies that offer liquor service in their vehicles must complete ProServe Liquor Staff Training. ProServe is meant to ensure liquor service and sales are socially responsible. The course can be taken online or through self-directed study using a manual and video at home.

Most chauffeurs work for limousine or cab companies that provide car service for special occasions, like business meetings, weddings, graduations, concerts and formal parties. Some chauffeurs work only for specific organizations or people, or for themselves.

Most companies recruit for chauffeurs twice a year.

Some limousine companies require their chauffeurs to be 25 years of age or older. This way, they qualify for lower insurance rates.

In the 7513: Taxi and limousine drivers and chauffeurs occupational group, 75.1% of people work in:

In Alberta, the 7513: Taxi and limousine drivers and chauffeurs occupational group is expected to have a below-average annual growth of 1.3% from 2019 to 2023. In addition to job openings created by employment turnover, 98 new positions are forecasted to be created within this occupational group each year.

Chauffeurs earn up to $35.00 per hour (2018 estimate). However, earnings vary considerably, depending on the employer and the number of hours worked. Chauffeurs may be paid by the hour, as a percentage of the amount charged to customers, or as a monthly salary. They also earn gratuities, which are usually 10% to 25%. Chauffeurs may be required to purchase expensive uniforms.