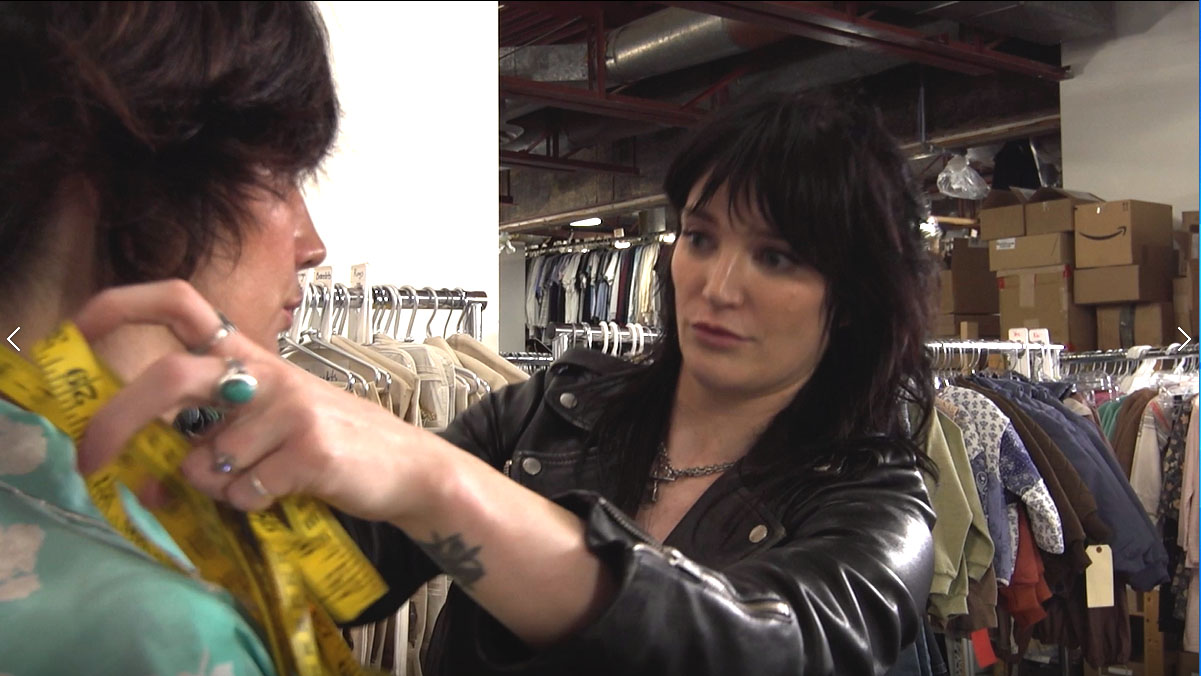 Costume Designer: Occupations in Alberta - alis
Do you love clothing and clothing accessories? Are you artistic, self-disciplined and have good teamwork skills? Then you may be able to create a career as a costume designer.
Choose a guide...

Responsibilities vary depending on the type of production but, in general, costume designers:

Depending on the nature, size and complexity of the production, costume designers may have assistants (such as seamstresses / seamsters or tailors) or they may construct and fit costumes themselves. In some cases, 1 designer is responsible for makeup, sets, costumes and props.

A costume designer's responsibilities may also vary considerably from one show to another depending on the designer's relationship with each particular director.

On large film productions, costume designers may have additional duties. They may:

In computer-rendered previsualization, animation, game design and digital graphics, costume designers work with modelling artists and texturers to create realistic garments in a digital format. The costumes are digitally mapped and anchored onto 3 dimensional characters, and assigned textures and physical properties using software to allow them to be rendered, move and distort realistically. Directors can then assess costuming in relation to the digital scenery and make adjustments as necessary.

Costume designers often work long hours to meet production deadlines. Their working conditions vary considerably depending on the discipline in which they work (opera, theatre, dance, film, gaming) and on the specific project. Some travel may be required to maintain steady employment.

Due to the freelance nature of the occupation, a designer may have to work on many projects at once. This may entail working on projects at various stages of production and for a variety of companies, so good organization and time management is key. It may result in long periods of working at home or in a personal studio and long periods of travel.

Costume designers must understand colour, fabric, texture, composition and garment construction. They need related post-secondary education, preferably a bachelor's degree or master's degree with courses in drama or broadcasting, and costume design and construction. Clothing and fashion design, marketing, business, literature and history courses are recommended. Most costume designers are self-employed and must be knowledgeable about both contemporary and historical fashions.

Some theatre companies employ resident designers, but most costume designers work freelance and negotiate contracts for specific projects. Therefore, aspiring designers must acquire related experience and develop a portfolio of their work. Some volunteer to design costumes for costume play (cosplay) events, amateur theatre companies or cable television stations to gain experience. Many gain experience by working in various crew positions and as designers' assistants.

Graduates of design programs usually start as designers for smaller productions, or as assistant designers for larger productions. They may work on 2 or 3 projects at the same time to earn a living. Advancement generally takes the form of larger scale and more demanding assignments. A few costume designers teach at universities and colleges. Depending on the employer, some costume designers may be required to have membership in the International Alliance of Theatrical Stage Employees (IATSE).

In the 5243: Theatre, fashion, exhibit and other creative designers occupational group, 81.9% of people work in:

Employment turnover is expected to increase as members of the baby boom generation retire over the next few years. Occupational growth may be highly influenced by the number of productions companies do in a year and by the scale of these productions.

Most costume designers are hired on contract for a season or particular production. Fees vary considerably depending on the production and the designer's reputation.