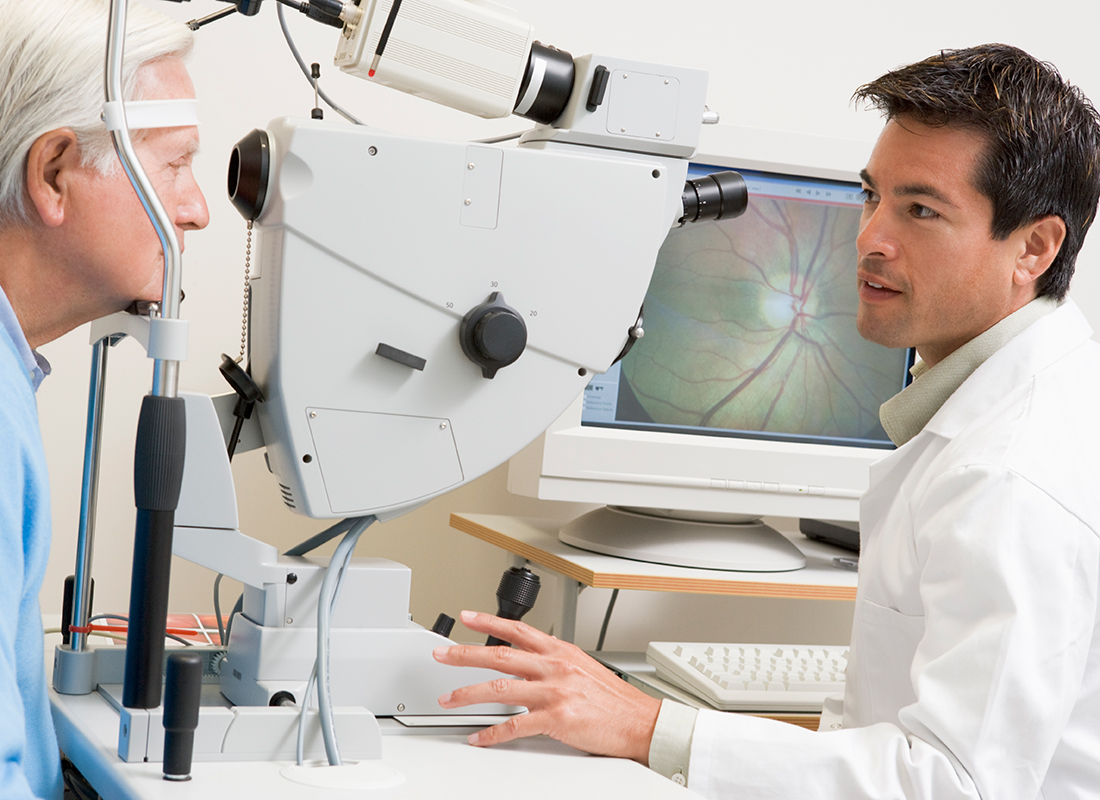 Optometrist: Occupations in Alberta - alis
Are you concerned about eye health? Do you like working with special tools? Are you good at talking to people? Then you might want to eye a career as an optometrist.
Choose a guide...

Create New Guide What is an alis guide?
Close
Occupations in Alberta
©
iStockphoto/monkeybusinessimages

Optometrists assess, diagnose, treat, and correct disorders and diseases of the human eye.

Interest in speaking to educate and counsel patients on contact lens use and care, visual hygiene, lighting arrangements, working distance and other safety factors

Interest in analyzing data collected from eye examinations to determine the type of prescription required, and to refer patients to ophthalmologists and other physicians and surgeons for treatment of ocular or other diseases or conditions

Optometrists work in a variety of settings. They may work in rural or urban areas. Many are self-employed and work in offices. Others work in shops. Some work evenings and weekends. Optometrists with established practices tend to stay at the same location throughout their careers.

They most often work with receptionists, ophthalmic assistants, and opticians. They spend most of their working hours in artificial lighting.

The minimum requirement for optometrists is a 4-year doctor of optometry degree. Many applicants for optometry programs have a 3- or 4-year bachelor’s degree in science.

University of Waterloo - School of Optometry

The optometry degree program is also offered in French at the University of Montreal in Quebec.

Optometrists examine, assess, measure and diagnose disorders and diseases of the human visual system, the eye and its associated structures; provide and prescribe treatment, management and correction; act as consultants to other health care providers; and conduct research and promote education in the visual sciences.

For information on what you need and other details, visit the certification profile Optometrist.

After graduation, an optometrist may:

If they have joined a practice, they may become a partner or owner. They may save enough funds to set up their own practice. Optometrists who continue their education can move into research or teaching roles. They may also work in vision science or the biomedical sciences.

In Alberta, the 3121: Optometrists occupational group is expected to have an above-average annual growth of 2.5% from 2019 to 2023. In addition to job openings created by employment turnover, 20 new positions are forecasted to be created within this occupational group each year.