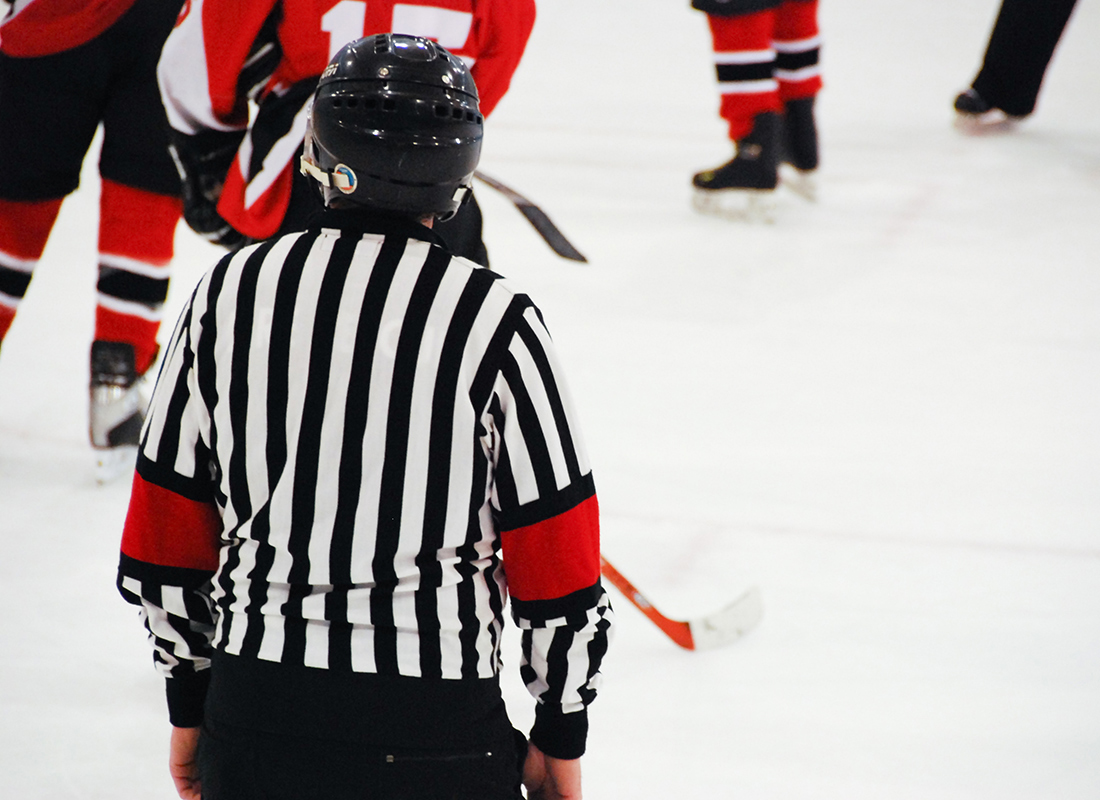 Sports Official: Occupations in Alberta - alis
Are you passionate about sports? Can you make fast, fair rulings? Do you have great recall for details? Then you may rule in a career as a sports official.
Choose a guide...

Create New Guide What is an alis guide?
Close
Occupations in Alberta
©
iStockphoto/LoraClark

Interest in signalling to start and stop games; and in recording lapsed time and keeping scores during events, in compiling scores and other athletic records, and in verifying credentials of athletes and animals engaged in sports and related special events

Interest in analyzing the performance of competitors to award points, impose penalties for infractions and determine results; and in observing and enforcing rules and regulations governing sporting events, athletic games and sports competitions and in responding to written protests

Interest in establishing and maintaining rapport with coaches, players and organizing committees, and in conferring with opposing teams and players when required to settle disputes

Sports officials maintain standards of play and enforce the rules and regulations that govern their sport. They may specialize in sports such as football, hockey, curling, baseball, figure skating, and ski jumping. In general, sports officials ensure the sport is played in a safe and fair manner. They:

Depending on the sport, they also may keep track of the score and other athletic records. They may:

In some sports, officials use hand signals to communicate their decisions.

Sports officiating is often strenuous. It demands close attention to detail and involves a great deal of pressure and concentration. Evening and weekend work is common. Travel to attend games or tournaments is expected. Depending on the sport, officials may work indoors or outdoors. In some cases, officials routinely lift heavy items or wear protective gear to prevent injury.

They should enjoy having clear rules and guidelines for their work, analyzing and directing the performance of others, and dealing with people.

Sports officials must have extensive knowledge of their sport and its rules. They must be certified and registered with the governing body or commission responsible for the sport. For details, see Certification Requirements.

Although no legislation currently regulates this occupation, employers require certification.

Requirements for registration and certification vary from sport to sport. For example:

Many sports have different certification requirements for different levels of competition. For information, contact the governing or official body for the sport.

Employment opportunities for sports officials at the professional level are limited. Most officials in amateur sports are volunteers or are paid per game. They officiate as a hobby or to supplement income from other sources.

Sports officials may be selected to work at provincial and national tournaments as they progress through the levels of an officiating program. Officiating at the Alberta Summer or Winter Games or national championship games offers a chance to showcase their skills and perhaps be invited to move to a higher level of their sport.

Sports officials are part of the larger 2011 National Occupational Classification 5253: Sports Officials and Referees. In Alberta, 83% of people employed in the classification work in the Information, Culture and Recreation [pdf] industry.

In Alberta, the 5253: Sports officials and referees occupational group is expected to have an above-average annual growth of 10% from 2019 to 2023. In addition to job openings created by employment turnover, 20 new positions are forecasted to be created within this occupational group each year.

Most sports officials are paid a set fee per game. Fees vary from one sport to another and depend on the level of sport.