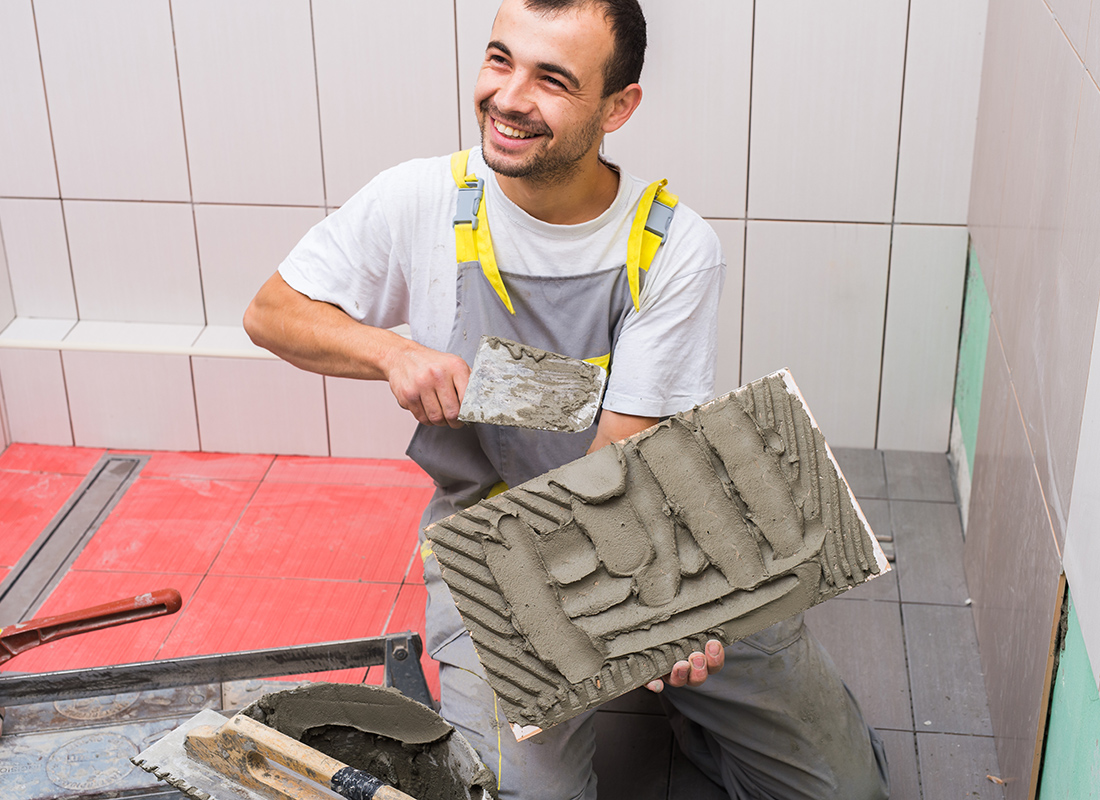 Tilesetter: Occupations in Alberta - alis
Do ceramic and marble tiles draw your eye? Can you do precise work with little supervision? Do you like seeing a project through to the end? Then you may be slated for a career as a tilesetter.
Choose a guide...

Create New Guide What is an alis guide?
Close
Occupations in Alberta
©
Shutterstock/Fotokostic

Interest in compiling information to pack grout into joints between tiles and remove the excess; and in cutting, polishing and installing marble and granite

For a typical installation, tilesetters assess and reinforce different types of surfaces. From there they:

Tilesetters work both indoors and outdoors. They generally work a 5-day, 40-hour week, but overtime is common to meet construction deadlines.

Tilesetters do a considerable amount of bending, kneeling, and reaching, and may have to lift and move materials, equipment, and tools in excess of 25 kilograms. There is some risk of injury involved in working with sharp edges and power tools and due to heavy lifting.

They should enjoy creating finished designs that require precise skills.

This chart shows which job skills are currently in highest demand for this occupational group. It was created using this occupation's 100 most recent Alberta job postings, collected between Jan 04, 2023 and Feb 07, 2023.

Employers generally prefer applicants who have a high school diploma, but educational requirements may vary from one employer to another. Before enrolling in a program, prospective students should contact associations and employers in this field to investigate educational and employment options.

Tilesetters are employed by special trade, building, and general contractors. Those who are self-employed usually contract their services for smaller renovation projects. Employment prospects for tilesetters change with the season and with the state of the economy.

Tilesetters may advance to supervisory positions such as foreman, superintendent, and estimator.

In Alberta, 88% of people employed as tilesetters work in the following industries:

In Alberta, the 7283: Tilesetters occupational group is expected to have a below-average annual growth of 0.1% from 2019 to 2023. In addition to job openings created by employment turnover, 2 new positions are forecasted to be created within this occupational group each year.

Updated Jun 02, 2020. The information contained in this profile is current as of the dates shown. Salary, employment outlook, and educational program information may change without notice. It is advised that you confirm this information before making any career decisions.