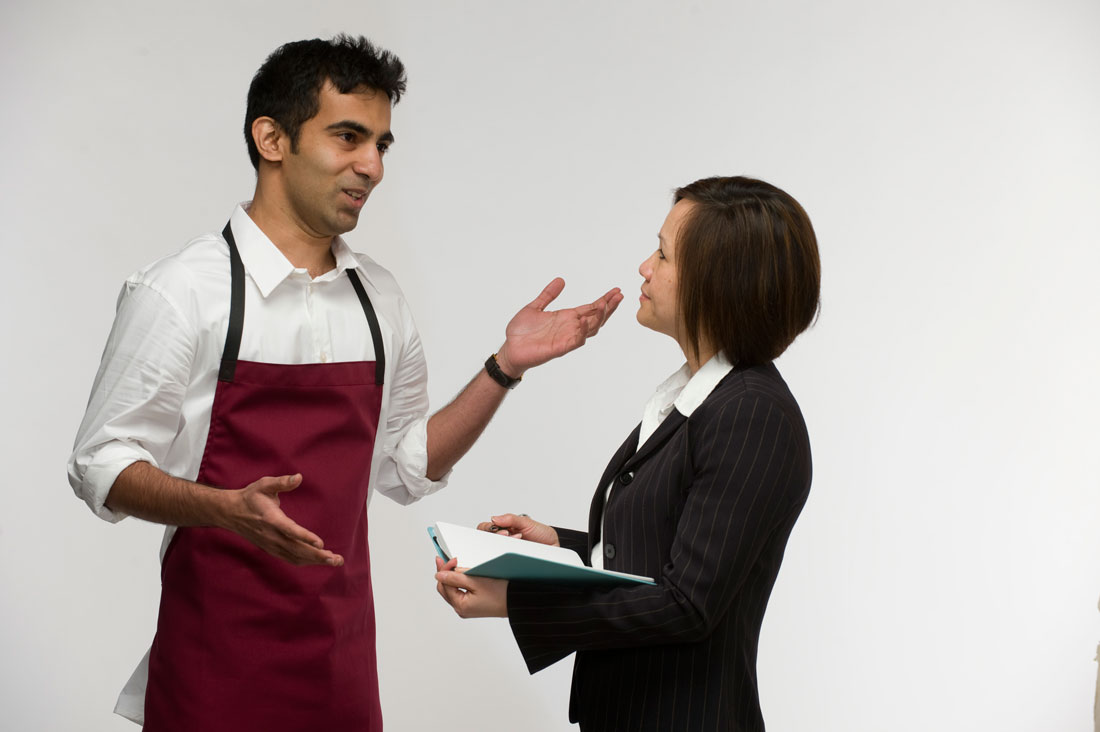 Talk it Out: How to Use Issue-Based Problem Solving - alis
Differences of opinion and disagreements can be positive, but when left unresolved, conflict has a negative effect on everyone.
Choose a guide... 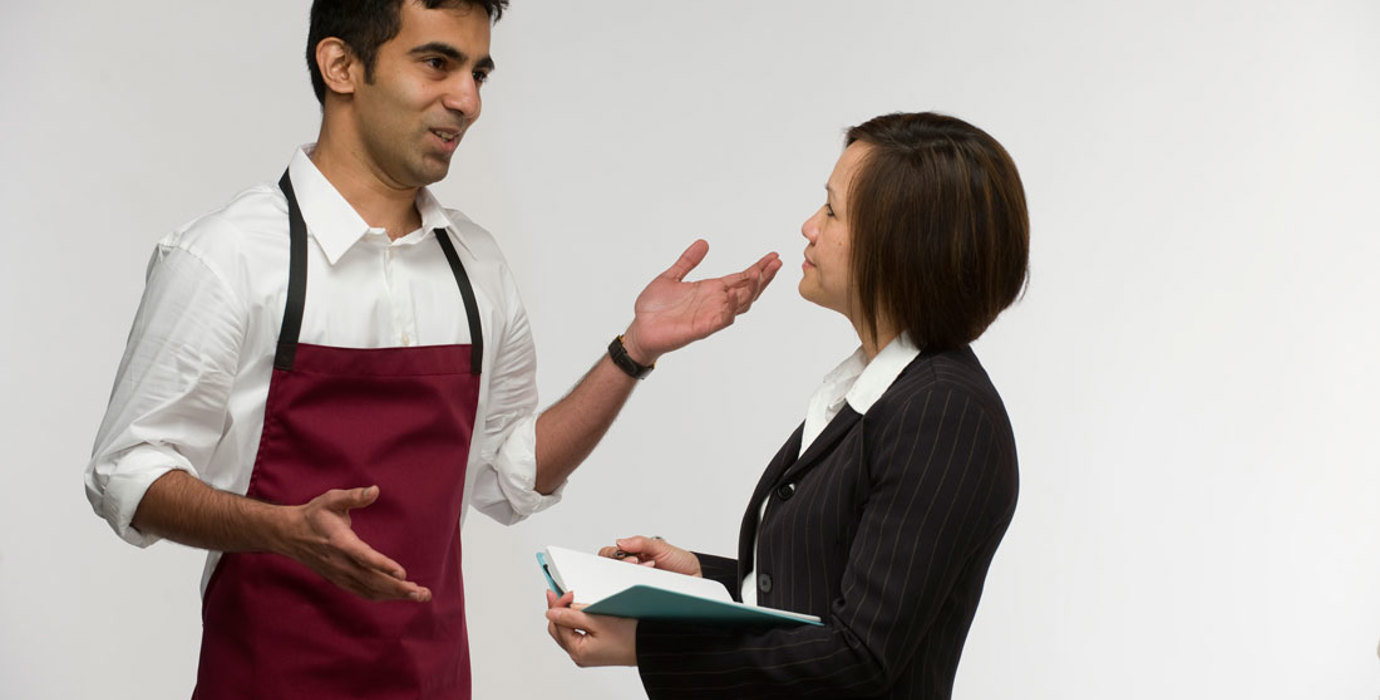 Succeed At Work
Manage Challenges
A A

Talk it Out: How to Use Issue-Based Problem Solving

It is always a good idea to try work through conflicts by talking them out in an informal, positive way. But if you're facing an issue you can’t easily resolve, you may need to try a more structured approach.

What can you do?

Use the Right Words and Questions to Manage Conflicts

When dealing with workplace conflicts, the wrong words can quickly make the situation worse. Remember to talk with people not at them.

Issue-based problem solving is a method that professional facilitators use for resolving workplace conflict. It is also known as win-win, “getting to yes” negotiation, alternative dispute resolution, and joint problem solving.

Issue-based problem solving brings together everyone involved in a conflict to talk about the issue. Discussion may happen between employers and employees or between co-workers.

The success of this method lies in the way participants relate to one another. Talks need to be based on respect, openness, and looking at the issue from different points of view.

Here are the 6 steps of issue-based problem-solving. See how you could use it in your workplace.

An issue is a problem that needs to be solved—the topic or subject you need to talk about.

All sorts of things can become issues. Maybe someone at work has offended others. Perhaps there is a conflict about work hours or vacation, or maybe someone is eating your food from the company fridge.

When you're exploring issues, keep a few things in mind.

Separate the people from the problem

Set aside your judgments about people. This can be hard, but it's important if you want issue-based problem solving to work.

Consider what the other person has to say, not how you feel about him or her. Don't worry that “Bill is always complaining about something.” Try not to think about the fact that Sandra is on your softball team and you already like her. Maybe Bill has a good point this time and Sandra needs to hear it.

Here is an example we'll look at in detail of an issue that was resolved using issue-based problem solving.

Sara has complained to Mei, her supervisor in a company's shipping and receiving department. Sara is concerned about having to cover—including answering phone calls—for her co-worker Pardeep, who often slips out early from work before the shift ends at 4:30.

Sara has been known in the past to complain about working conditions. And she doesn't always get along with co-workers, including Pardeep.

Mei asks Sara to provide, confidentially, some specific examples of who has left early, including when and how often. Mei also makes the rounds toward the end of several shifts and checks for absenteeism. Now Mei has her own concrete examples to bring to the discussion.

At this stage of issue-based problem solving, the key questions are:

Take time to explore the issues

Mei does this by meeting separately with each employee she supervises and explaining that concerns have been raised about some employees leaving early.

She asks whether this is an issue that needs to be dealt with. She also asks whether the employees understand how leaving work early might affect others, including co-workers and customers.

Bullies at Work: What to Know and What You Can Do

Workplace bullying is a serious problem that can deeply affect the mental, physical and financial health of the person or group the bully abuses.

People's positions on issues are not the same as their interests. Their position is what they say they want. Their interests are the reasons why they really care about it—the needs, fears, wants, and concerns they experience about an issue.

To understand people's interests, listen for what they need, not what they say they want. The best solution to a problem is often the one that satisfies the most interests.

What are some of the interests in Mei's shipping and receiving department?

Pardeep might have another interest in leaving early beyond just wanting “to get out of there.” How can Mei explore that?

Ask open-ended questions that can't be answered with a simple “yes” or “no”:

Pardeep's position is that he sometimes covers for other people, and lots of people in other departments leave early. Therefore, he should be able to leave early.

But does this really explain his interest in leaving early?

Rather than dwell on Pardeep's position, or what he's saying, Mei tries finds out about his interests by asking an open-ended question: “Pardeep, can you give some examples of what other demands you might have on your time these days?”

Pardeep says wife has a new job and he now has to pick up their three-year-old daughter from daycare. His wife uses the family's only car, and the bus doesn't get Pardeep to the daycare on time.

Now Mei understands that Pardeep has an interest in taking care of his child. Suddenly, his interest in leaving early seems more understandable.

Mei says she understands his interest and asks Pardeep if he can see that Sara might have an interest in having him stay for his full shift.

Learn about occupational health and safety and how employers and workers can co-operate to keep the workplace safe.

An option is a possible solution to a conflict that satisfies the shared and separate interests of the people involved. It is a good idea to work with everyone involved and come up with as many options as possible:

Mei's shipping and receiving team came up with many options that could solve their conflict. Some are more realistic than others:

A solution is an option that resolves the issue by meeting the interests of all the people concerned. An effective solution is a simple, efficient, affordable, acceptable, flexible, and legal answer to the problem.

Choose a solution using a process that lets you measure or compare the options. Compare all of the options using the same process, and try not to jump to conclusions.

Use a three-cut method to help you compare options.

Let's go through the options Mei's shipping and receiving team came up with and see what might work:

This option works only for Pardeep. It does not work for either Sara's or Mei's interests and is probably not in the interest of other employees who would feel that Pardeep is getting special treatment. The employer's and customers' interests are also not being served.

This option works for Sara's and the customers' interests but nobody else's. It is not in Pardeep's interest to have less pay, and this option would give Mei extra duties as a supervisor. Other employees would probably feel unfairly treat and the employer would hear complaints in addition to having higher administrative costs.

This options serves everyone's interests except for Pardeep's. Buying a new car would be costly for him.

This option serves everyone's interests. The only catch is that a carpool buddy must be found for Pardeep.

This option may serve everyone's interests, but may not serve the employer's if it is too costly. At the same time, it could improve employee morale and retention, which is in the employer's interest. At best, though, this one is a “maybe” for the employer.

This option works in everyone's interest as long as a similar-priced daycare can be found that is suitable for Pardeep's daughter. The logistics of finding a new daycare might be too much to deal with.

This option serves Mei's interest if Pardeep's replacement is satisfactory. It also serves customers if service improves as a result. But firing Pardeep is not in anyone else's interest. Mei would have to hire another employee, other employees might feel threatened, and the employer would have to pay to recruit and train a new person.

This option serves Pardeep's interest, but probably not anyone else's. Moving a workplace is expensive for the company and could be inconvenient for others involved.

This option serves the interests of most parties, but possibly not other employees who like the route as it stands. The logistics of getting this done might be challenging.

Options for carpooling, using the shuttle bus, and changing the city bus route all seem to meet everyone's interests. Meanwhile, a combination of the carpooling and shuttle bus options could provide flexibility for Pardeep and the other employee.

Now the group has a few options to work with.

Contact Employment Standards Alberta to learn more about the minimum rights and responsibilities of employers and employees. Areas of responsibility include holidays and vacation pay, hours of work and overtime, minimum wage, and much more.

Second cut: resources and possibilities. Ask questions such as:

Yes for the carpool and shuttle bus options. No for changing the bus route.

Not a viable option.

This review leaves us with two options: Pardeep carpooling and Pardeep using the shuttle bus.

Third cut: saleability. Can we sell this option to people not involved?

Find out by asking more questions:

At this stage, it is time to prepare a plan. Decide the following:

When you're finished planning, take action. You can resolve the conflict only if your plan is put into practice.

Mei, the shipping and receiving supervisor, agrees to check out whether the other employee will carpool Pardeep. He says yes. She also confirms what time the shuttle leaves and reserves a spot for Pardeep. Pardeep agrees to use the new transportation as soon as these arrangements are made.

Measure the success of your plan to decide if your solution is working. Ask the following questions:

In the case we've been looking at, the follow-up is pretty simple. Mei says she will check back in a couple of weeks with Sara and Pardeep to see how the new arrangement is working.

Some workplace disputes may be complex and require detailed follow-up or more specific benchmarks of success. You might want to consider different ways to communicate, chart progress, and gather feedback, such as:

The conflicts you’re dealing with may be beyond the scope of handling them in-house. The Government of Alberta provides a range of conflict resolution and mediation programs, as well as links to sources where you can find an experienced practitioner.

The conflicts you're dealing with may be beyond the scope of handling them in-house. The Government of Alberta provides a range of conflict resolution and mediation programs, as well as links to sources where you can find an experienced practitioner.

Issue-based problem-solving offers a common-sense approach to resolving workplace conflicts before they become complex and costly. When you listen to and respect others while working towards a solution, everyone wins.