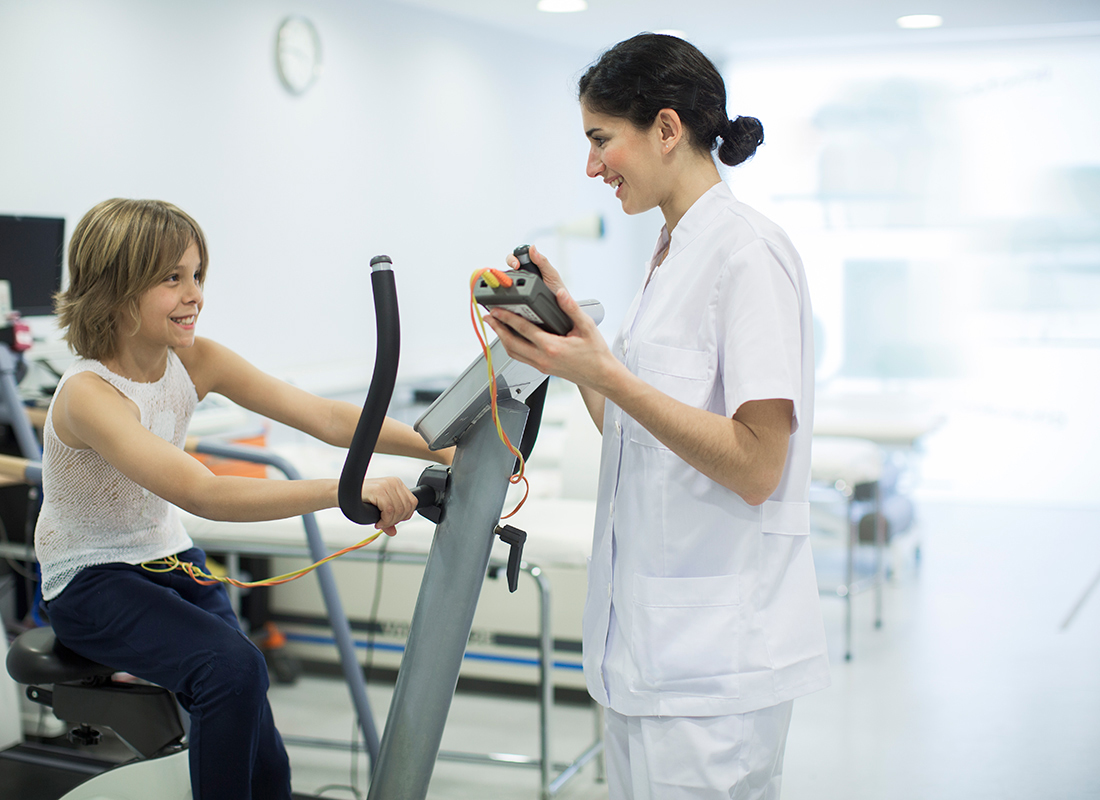 Cardiology Technologist: Occupations in Alberta - alis
Do you like using technology and have an interest in health care? Then you may want to see if a career as a cardiology technologist is the correct diagnosis for you.
Choose a guide...

Interest in operating electrocardiogram and other electronic equipment to record cardiac activity of patients; in checking cardiology equipment to ensure proper operation; and in reprogramming pacemakers according to standards

Interest in speaking with physicians and other health care professionals about test results; in performing cardiovascular procedures and tests, such as electrocardiograms, exercise tolerance tests, ambulatory monitoring and scanning of tapes, pacemaker analysis and follow-up, and echocardiogram; and in providing patients with care during procedures and tests; may administer certain drugs under direct supervision of physicians; may document and record pacemaker implant threshold measurements under direct supervision of cardiac surgeon

Interest in compiling and recording the results of cardiac activity to aid in the diagnosis of heart disease; may analyze tests

Cardiology technologists work with other health care professionals who test, monitor and evaluate heart function. They may use various types of electronic monitoring equipment for:

Cardiology technologists must keep up to date with changing technologies.

Cardiology technologists do shift work in health-care settings. The work is physically demanding. They are on their feet most of the time. They sometimes lift and move patients who cannot move on their own.

In general, the entrance requirement is a high school diploma with related science courses or equivalents. For current information about programs and admission requirements and policies, please check post-secondary calendars or websites.

Most cardiology technologists work in hospital cardiology departments. Some work in private labs and clinics. In smaller rural hospitals, they may have other duties (for example, medical lab services) that require more training (see the Medical Laboratory Technologist occupational profile).

Without further education, chances to advance in this occupation are limited.

In the 3217: Cardiology technologists and electrophysiological diagnostic technologists, n.e.c. occupational group, 95.2% of people work in:

In Alberta, the 3217: Cardiology technologists and electrophysiological diagnostic technologists, n.e.c. occupational group is expected to have a below-average annual growth of 0% from 2019 to 2023. In addition to job openings created by employment turnover, 0 new positions are forecasted to be created within this occupational group each year.

Updated Mar 14, 2018. The information contained in this profile is current as of the dates shown. Salary, employment outlook, and educational program information may change without notice. It is advised that you confirm this information before making any career decisions.