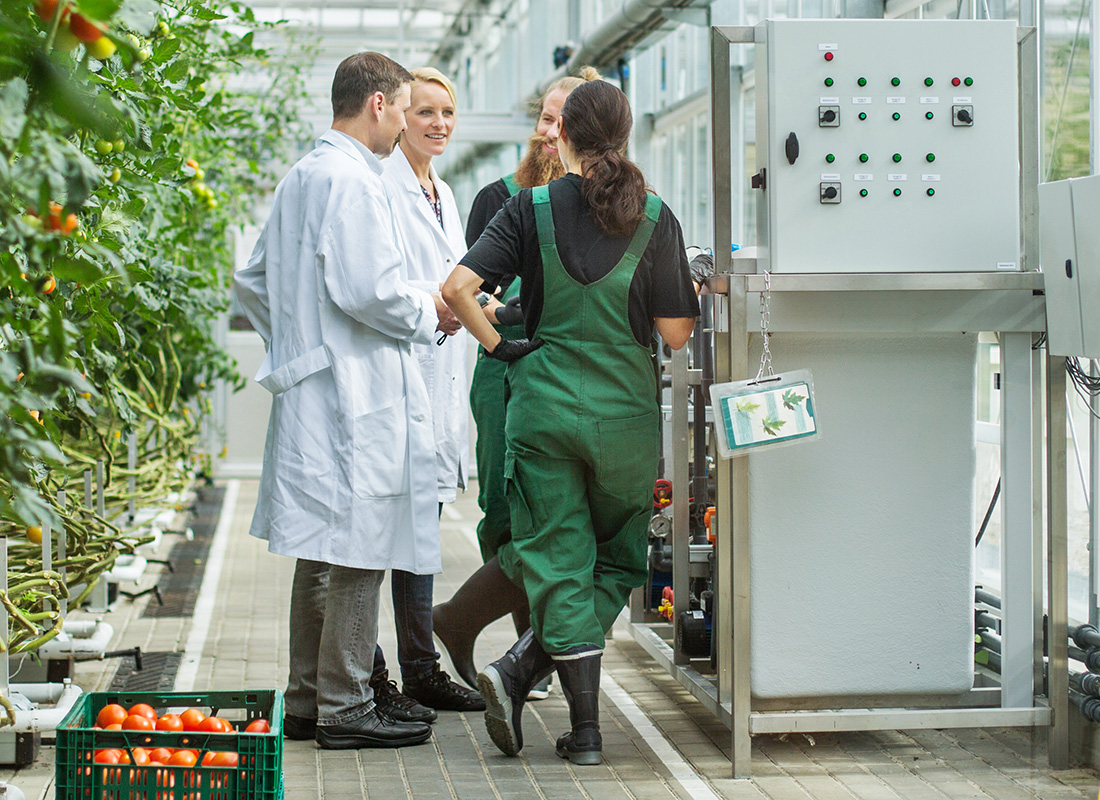 Agricultural Engineer: Occupations in Alberta - alis
Do you like agricultural science? Do you enjoy solving problems? Then you might want to grow a career as an agricultural engineer.
Choose a guide...

Interest in synthesizing information to develop criteria and specifications for the design, manufacture and construction of equipment, structures and facilities, and for processes and procedures

Interest in precision working to design machinery, equipment and systems, and to use technical equipment to conduct experiments and perform data analysis

Interest in supervising the installation of equipment and systems

Agricultural engineers may specialize in areas such as the relationships among organisms and their environments, soil and water, structures and environments, power and machinery, electronic and computer applications, or electrical power and processing. Depending on their specialty, they may:

Agricultural engineers work in offices but sometimes travel to production or processing sites, research laboratories or other locations to do field tests or study equipment and processes. Their work can be very demanding and time consuming due to the seasonal and weather-dependent nature of the industries in which they work.

They should enjoy being innovative and doing work that requires precision.

Agricultural engineering students may find a farm background helpful but it is not essential.

A bachelor's degree in agricultural or bioresource engineering is the usual educational prerequisite for working in this field, although individuals who have degrees in civil, mechanical or other branches of engineering may work in certain types of agricultural engineering positions.

Currently, no bachelor degree programs in agricultural engineering are offered in Alberta. However, a scholarship is available for Alberta students studying in this field in other provinces. For more information, contact the Office of Student Awards at the University of Alberta.

In government, agricultural engineers may work:

Advancement may come through assignments to more difficult or more responsible work, doing independent agricultural research, or developing new agricultural products. For those who have an interest in supervisory, administrative or management positions, work as a chief engineer or plant manager may be an option. Many engineers seeking executive positions obtain graduate training in engineering or business administration to improve their opportunities for advancement.

In Alberta, the 2148: Other professional engineers, n.e.c. occupational group is expected to have a below-average annual growth of 1.6% from 2019 to 2023. In addition to job openings created by employment turnover, 39 new positions are forecasted to be created within this occupational group each year.

A growing number of agricultural engineers are finding employment in developing countries where their skills are needed to adapt existing technologies to local conditions.

Updated Jan 13, 2014. The information contained in this profile is current as of the dates shown. Salary, employment outlook, and educational program information may change without notice. It is advised that you confirm this information before making any career decisions.