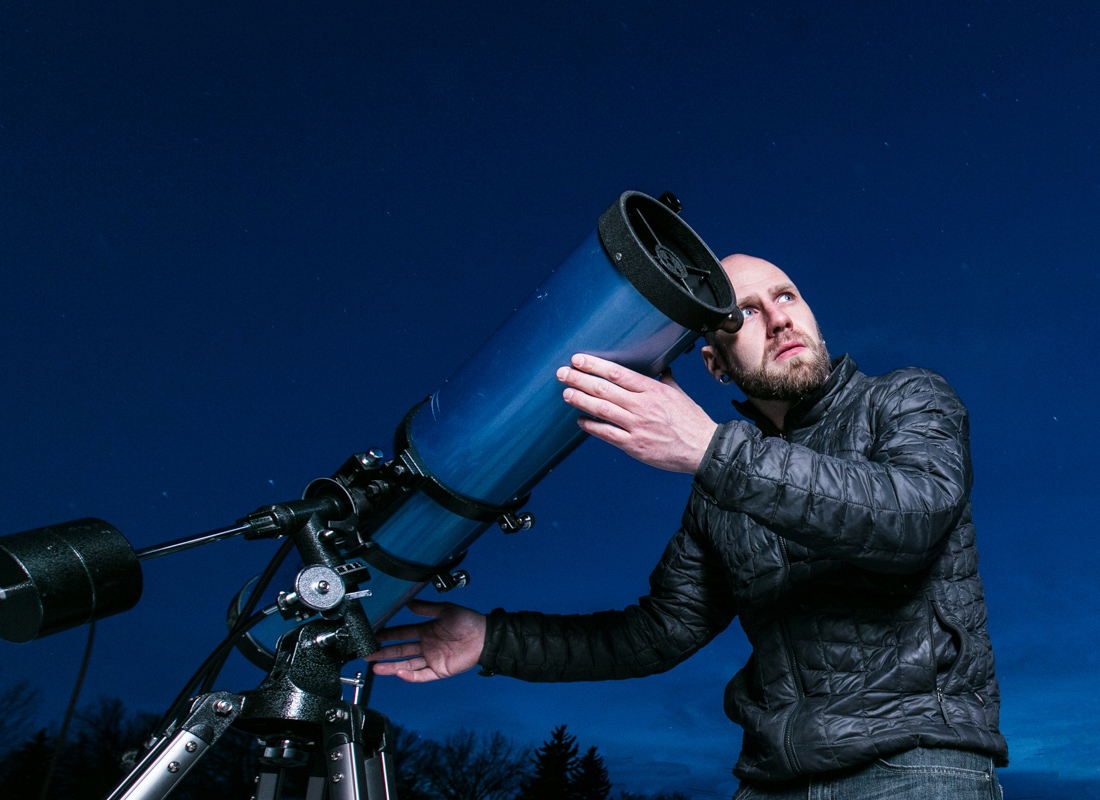 Astronomer: Occupations in Alberta - alis
Do you like observing stars? Are you good at physics? Does the thought of discovering new things in the universe excite you? Then you may be able to scope out a career as an astronomer.
Choose a guide...

Astronomers conduct observational, experimental and theoretical research to broaden our knowledge of energy, matter and natural processes throughout the universe and particularly beyond Earth.

Interest in precision working to develop, or participate in the development of, instruments and software for astronomical observation and analyses

Interest in supervising technologists and technicians; and in preparing scientific papers and reports

Astronomers study both the visible and non-visible properties of the universe and its objects.

Theoretical astronomers use mathematics and physics to produce explanations for the observed properties of the universe and objects in it, and make predictions by solving mathematical equations or using sophisticated computer simulations. Predictions are tested through further observation.

Experimental astronomers design and build very sensitive instrumentation that can detect electromagnetic and particle radiation (such as neutrinos) at wavelengths from radio to gamma rays. Their laboratories use the same equipment and techniques as other physics-related disciplines. For example, the next generation of far-infrared detectors are based on superconductivity and require instrumentation commonly found in a low temperature physics laboratory.

Observational astronomers use different ground-based and space-borne telescopes and scientific instruments to observe visible objects in space and get data on them. Measurements of basic properties such as composition, mass, size, brightness, motion and distance are used to test hypotheses about the nature of the universe and the matter in it.

All areas of modern astronomy are highly technical, using state-of-the-art telescopes and detectors, and computers for instrument control, data gathering and processing and analysis.

Most astronomers connected with universities have teaching responsibilities and are expected to produce original research work for publication in scientific journals.

Astronomers work in a variety of settings. Observational work may require unconventional hours and a considerable amount of travelling. Sometimes astronomers work at observation locations at high altitudes in remote areas where weather conditions can be extreme.

A 4-year bachelor of science (B.Sc.) degree in astronomy, astrophysics or physics is the minimum qualification to work in technical positions in observatories, planetaria and science centres. Knowledge of chemistry and biology can be helpful in many areas of modern astronomy.

A master of science (M.Sc.) degree is required for most research assistant positions. A doctoral (PhD) degree is needed for university teaching and most federal government research positions. Most astronomers who have doctoral degrees work as post-doctoral fellows before finding permanent employment.

Astronomers may work in:

Like many disciplines, competition is keen for faculty positions. However, opportunities exist for 2- to 3-year post-doctoral positions at universities and research institutions around the world.

Note: University professors are classified in a different occupational group.

In the 2111: Physicists and astronomers occupational group, 77.9% of people work in:

Salaries vary widely depending on the requirements of the position and the qualifications of the individual.