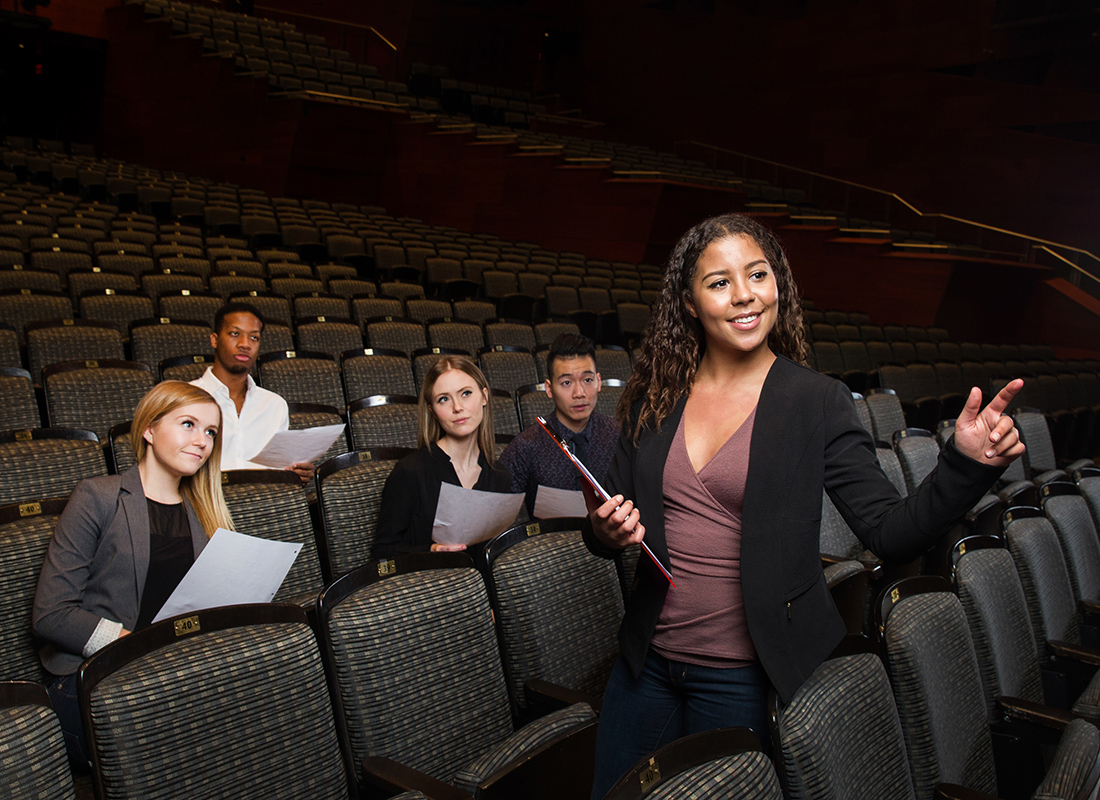 Casting Director: Occupations in Alberta - alis
Do you have excellent communication skills both in person and in writing? Are you able to recognize a strong acting performance? Then you may want to cast yourself in a career as a casting director.
Choose a guide...

Casting directors are contracted by film, video, television and advertising companies to find suitable actors to audition for particular parts or characters. Directors or producers have the final say in who is hired for each part.

Casting directors often work under tight schedules. Conditions vary depending on the director and producer. Travel may be required to audition new talent and meet television or film production people. To save on travel, delivery costs and time, auditions are often scheduled and held online, then uploaded to private sites.

People skills are essential; casting directors must be able to recognize the acting potential and ability in individuals during auditions.

They should enjoy compiling information from scripts and signalling cues, taking charge of situations, and negotiating.

There is no particular educational route to enter this field. Casting directors come from diverse backgrounds including:

Interested individuals may be able to arrange informal apprenticeships or mentoring with established casting directors, as casting assistants. Casting assistants learn what to look for in talent, how to negotiate terms and will eventually build up an established network of actors, producers and directors. Post-secondary education in the performing arts and contract negotiation skills are definite assets.

For union jobs, casting directors must be familiar with the Alliance of Canadian Cinema, Television and Radio Artists (ACTRA) Independent Production Agreement for film and television productions and the ACTRA National Commercial Agreement for television and radio commercials. These agreements outline standards such as wage minimums and working conditions that must be followed by members of the Canadian Media Producers Association, the Institute of Communication Agencies and the Association of Canadian Advertisers.

Casting directors are hired on contract for specific projects by:

They usually have an extensive network of talent, and experience with both acting and filmic technologies, because they function as a go-between among dramatic, technical and creative personnel.

Casting directors negotiate each contract separately. They may negotiate a flat rate or have hourly, daily or weekly wage rates.