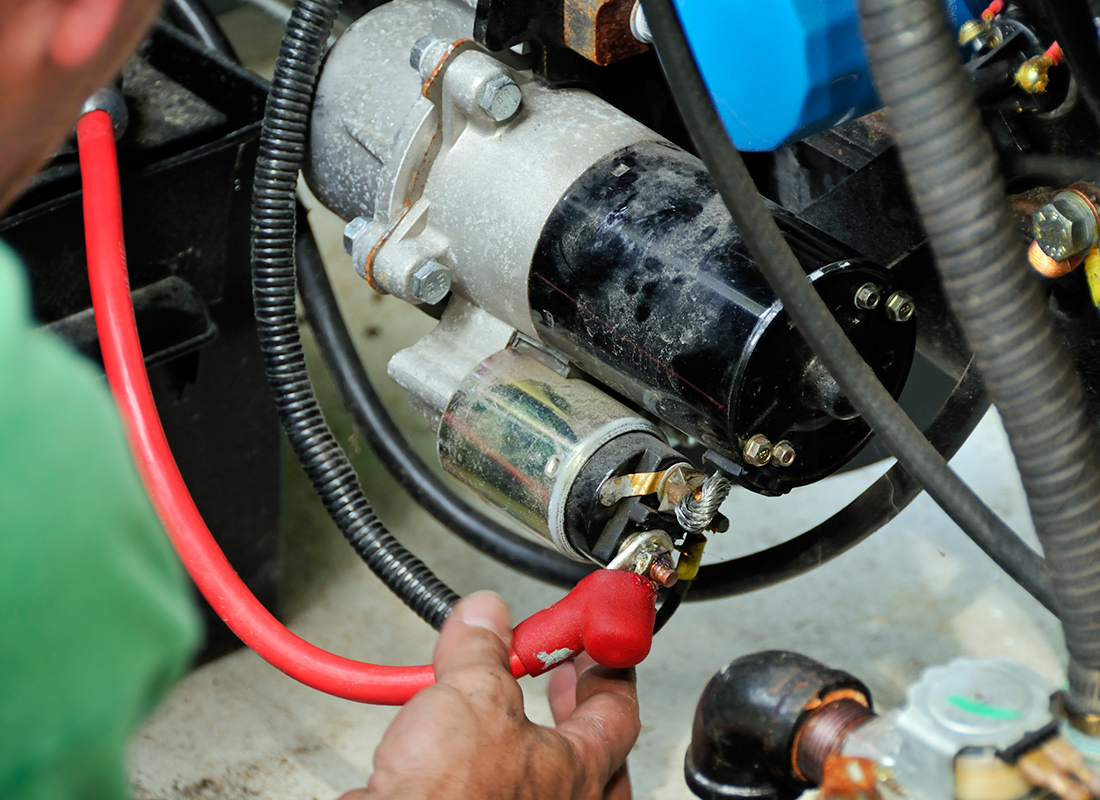 Electric Motor Systems Technician: Occupations in Alberta - alis
Are you mechanically inclined? Do you like work that requires precision? Do you want to learn through hands-on experience? Then you may want to plug into a career as an electric motor systems technician.
Choose a guide...

Interest in precision working to perform static and dynamic balancing of armatures and rotors by welding, brazing and soldering electrical connections, and by aligning and adjusting parts

Interest in testing repaired motors, transformers, switchgear and other electrical apparatus to make sure they work properly

Electric motor systems technicians maintain the electric motors and related equipment used to power machinery and equipment in various settings, such as production plants and large businesses. In general, they:

Most electric motor systems technicians work a 40 hour week with some overtime required when equipment breaks down. They work primarily indoors in large shops and production plants. Those who work for firms that contract their services to other organizations may service or remove and replace burned out motors on customers’ premises. They may have to travel regularly to maintain customer equipment.

Shifting or moving items weighing up to 25 kilograms is part of the job.

They should enjoy work that requires precision and provides a variety of tasks.

To work in Alberta, an electric motor systems technician must be ONE of the following:

The term of apprenticeship is 4 years (four 12-month periods) that include a minimum of 1,560 hours of on-the-job training and 8 weeks of technical training each year.

High school students can earn credits toward apprenticeship training and a high school diploma at the same time through the Registered Apprenticeship Program (RAP). Applicants who have related training or work experience may be eligible for admission, credit, or certification. Credits may reduce the period of apprenticeship.

Electric motor systems technician apprentices may take the interprovincial exam in the final period of their apprenticeship training to earn a Red Seal (certification recognized in most parts of Canada).

Under Alberta’s Apprenticeship and Industry Training Act [pdf] and Electric Motor Systems Technician Trade Regulation [pdf], you do not have to be certified if you are self-employed or work for an employer who is satisfied that you have the skills and knowledge expected of a journeyperson certified by Alberta Apprenticeship and Industry Training. To learn the trade, you must become a registered apprentice.

The term of apprenticeship for apprentice electric motor systems technicians in Alberta is 4 years (four 12-month periods) that include a minimum of 1,560 hours of on-the-job training and 8 weeks of technical training in each year.

Apprentices must find suitable employers who are willing to hire and train apprentices, and successfully complete technical training examinations.

Electric motor systems technicians trained in other provinces and territories can work in Alberta if they hold a certificate or license recognized by the Alberta Apprenticeship and Industry Training Board or have the skills and knowledge expected of a journeyperson certified in Alberta. For more information, see the Recognized Trade Certificates page of the Tradesecrets website.

Any of the Apprenticeship and Industry Training Client Service Offices located throughout Alberta. For a list of office locations and telephone numbers, click on “Contact Us” on the home page of the Tradesecrets website (tradesecrets.alberta.ca).

Electric motor systems technicians are employed by companies that repair and service electric motors and equipment, and by contractors in the field.

Experienced electric motor systems technicians may move on to larger and more complicated electric motors, transformers, switchgear and other apparatus, or move into positions involving more testing and problem diagnosis. With experience they may also advance to supervisory roles, and many set up their own contracting firms.

Electric motor systems technicians are part of the larger 2011 National Occupational Classification 7333: Electrical Mechanics. In Alberta, 76% of people employed in this classification work in the following industries:

In Alberta, the 7333: Electrical mechanics occupational group is expected to have a below-average annual growth of 0% from 2019 to 2023. In addition to job openings created by employment turnover, 0 new positions are forecasted to be created within this occupational group each year.

Journeyperson electric motor systems technicians wage vary but generally range from $34 to $50 an hour plus benefits (2019 estimates). In this profession, it is common for a journeyperson to work an average of 20% extra in paid overtime hours.

Apprentice electric motor systems technicians earn at least 55% of the journeyperson wage rate in their place of employment in the first year, 65% in the second, 75% in the third and 85% in the fourth.