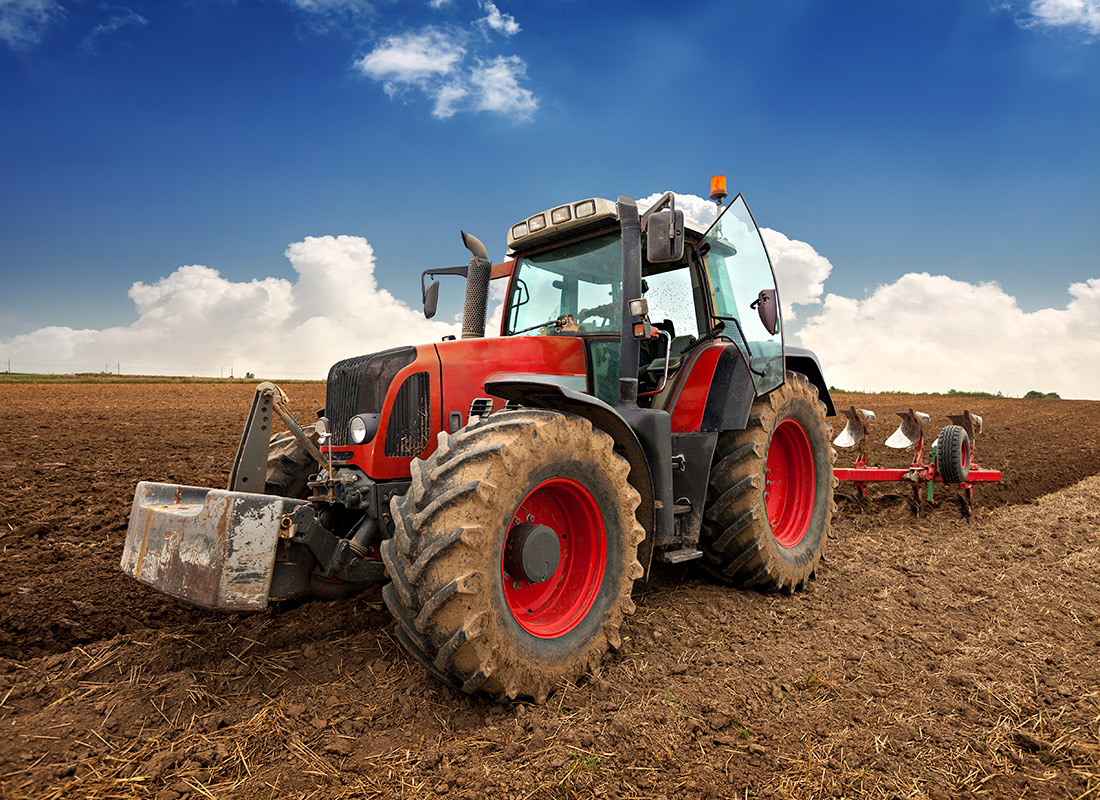 Farm Worker or Technician: Occupations in Alberta - alis
Do you have good mechanical skills? Do you have a keen interest in farming and animals? Are you in good health and love working outdoors? Then you may want to harvest a career as a farm worker or technician.
Choose a guide...

Farm workers or technicians prepare land for cropping, plant and harvest crops, and help care for livestock and poultry. They operate and maintain farm equipment. They maintain and repair farm buildings.

Interest in comparing information to examine produce for quality and prepare for market, to feed and tend livestock and poultry, and to clean stables, barns, barnyards and pens; and to set and monitor water lines, air flow and temperature in barns, pens and chicken coops

Interest in driving - operating and maintaining farm machinery and equipment

Interest in detecting disease and health problems in crops, livestock and poultry

Farm workers work on farms or ranches. Their work varies depending on the farm. But in general, they:

Farm machinery operators maintain and operate farm equipment including machines that cultivate, fertilize, and seed land and that spray and harvest crops.

Farm workers work outdoors in all kinds of weather. They may work long hours, especially in the summer and during busy times such as harvest and calving. Many farm jobs require weekend work. Winter can be particularly tiring for those employed in the livestock industry.

Automation has made farm work less tedious and physically demanding, but workers still need to do repetitive manual labour.

They should also be free of allergies to grains, feeds, animals, and dust.

All farm workers should enjoy:

This chart shows which job skills are currently in highest demand for this occupational group. It was created using this occupation's 100 most recent Alberta job postings, collected between Dec 28, 2021 and Jan 21, 2022.

Education and training requirements vary from one employer to another. Some will hire applicants with limited farming experience and give them full on-the-job training. Others prefer those who already have experience. More and more, producers look for applicants who have post-secondary education. Advancing to supervisory and management roles may require related education and extensive experience. Farm workers typically need to have a minimum Class 5 driver’s licence.

This program is free and available to students at all Alberta high schools. Various specializations are offered at each level, such as dairy production and field crop production. Graduates of the Level I Green Certificate Program are certified as farm production technicians. They may earn up to 16 credits toward their high school diploma for each specialization they complete. Level II (farm production supervisor) and III (agribusiness manager) Green Certificates are also available. They are meant for people interested in advancing their careers in agriculture.

To participate in the Green Certificate Program, trainees must be at least 15 years of age and enrolled in grade 10, 11, or 12. The training takes about a year. This allows trainees to experience all 4 seasons on a farm.

For more information, students may visit the Green Certificate Program website or ask their guidance counsellor.

A wide variety of in-class and distance education courses related to agriculture are also offered by:

Courses range from 1 day to several weeks in length. This provides flexibility for those who choose not to leave their farms for long stretches. Courses may be advertised in brochures, local media, and agricultural magazines.

Farm workers may be permanent or part-time employees. They are often family members of the farm owner. Many jobs are seasonal or casual. The demand for farm staff has increased due to:

Some people look for general farm worker jobs by contacting farm owners directly. Others use government offices or private agencies.

Experienced farm workers may advance to supervisory and management roles. This is even more likely if they have related education and leadership, mechanical and business skills. Farm supervisors or herdsmen (sometimes called production supervisors) oversee a specific area of a farming operation. They report directly to the farmer or farm business manager.

In Alberta, 92% of people employed as farm workers/technicians work in the Agricultural [pdf] industry.

Over 15,700 Albertans are employed in the General farm workers occupational group. This group is expected to have a below-average annual growth of 1.0% from 2016 to 2020. As a result, 157 new positions are forecast to be created each year, in addition to job openings created by employment turnover. Note: As farm workers or technicians form only a part of this larger occupational group, only some of these newly created positions will be for farmworkers or technicians.

In Alberta, the 8431: General farm workers occupational group is expected to have a below-average annual growth of -0.7% from 2019 to 2023. In addition to job openings created by employment turnover, -99 new positions are forecasted to be created within this occupational group each year.

Wages and benefits usually are individually negotiated between farm employers and the workers. They vary with the type and hours of work.

Annual incomes in this occupation vary considerably. Often, farm workers are contracted to work for a specified period of time.

For seasonal and year-round positions, accommodations may be provided on the farm for a nominal rent or as a taxable benefit.