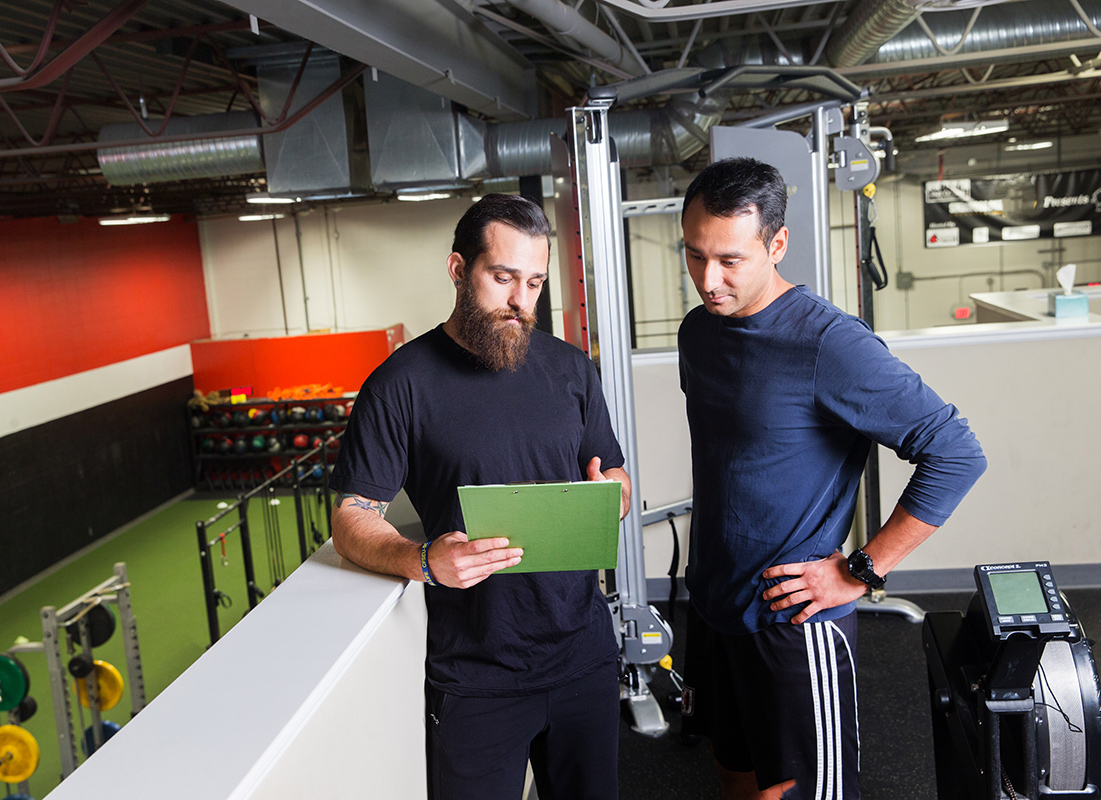 Health Coach: Occupations in Alberta - alis
Are you committed to living a healthy lifestyle? Are you a good motivator? Are you interested in helping people make healthier life choices? Then you may want to instruct yourself on a career as a health coach.
Choose a guide...

Health coaches work with clients who have chronic and often preventable diseases (such as obesity and diabetes). Health coaches help clients change their eating habits and lifestyle choices to improve personal health and well-being.

This is an emerging occupation. It may have evolved from an existing occupation in response to consumer needs or technological advances.

Health coaches work in a variety of settings. Hours of work vary and may include evenings and weekends.

In general, health coaches have many clients. They provide one-on-one services and schedule private sessions.

This chart shows which job skills are currently in highest demand for this occupational group. It was created using this occupation's 100 most recent Alberta job postings, collected between Oct 12, 2022 and Feb 04, 2023.

Most health coaches have a background in more than one field. They may start out in nursing, nutrition, physical training or coaching. They need to know about:

Educational requirements for health coaches vary based on the employer. Some employers may prefer to hire individuals with related work experience.

However, individuals serious about setting up and maintaining a coaching business may pursue credentials through the International Coaching Federation (ICF). Designations include:

For current details on the credentialing programs and application process, visit the ICF website.

Health coaches may be self-employed or work for:

Health coaches can be hired as contractors or employees. Employees can advance to become supervisors or managers. More education and experience in counselling can improve prospects for advancement.

In the 4212: Social and community service workers* occupational group, 77.9% of people work in:

In Alberta, the 4212: Social and community service workers* occupational group is expected to have an above-average annual growth of 3.1% from 2019 to 2023. In addition to job openings created by employment turnover, 489 new positions are forecasted to be created within this occupational group each year.