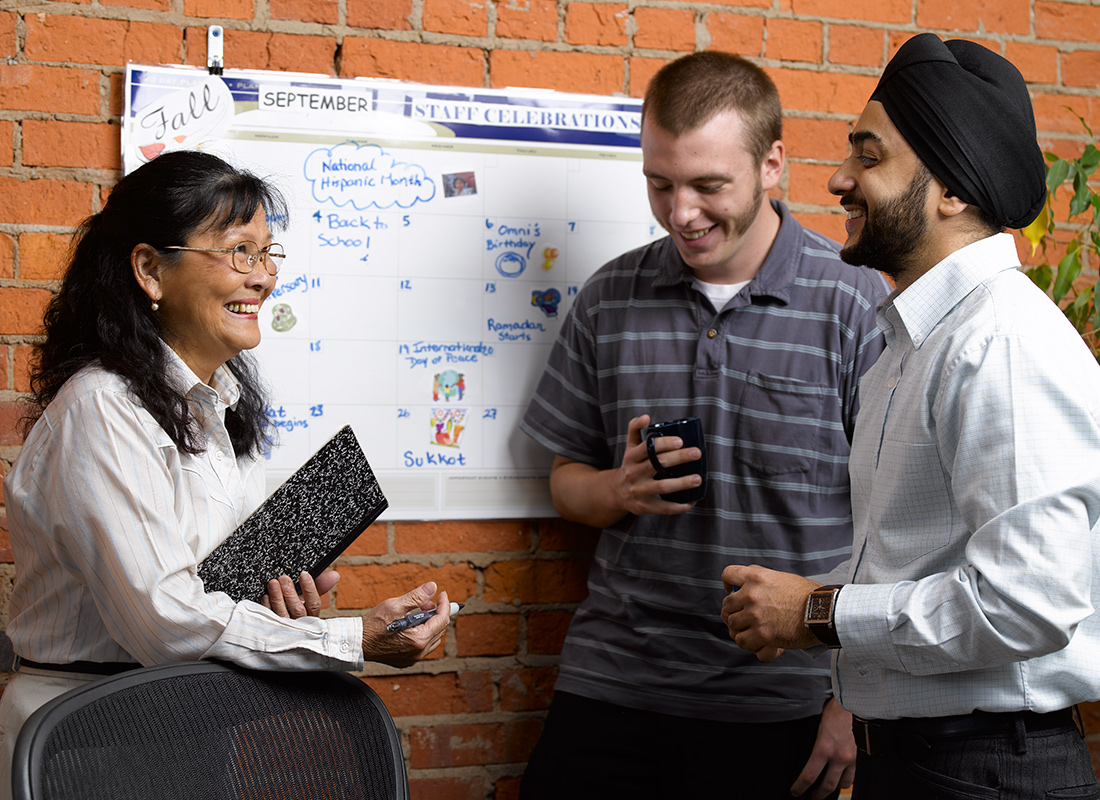 Indigenous Liaison: Occupations in Alberta - alis
Do you like the idea of building bridges between cultures? Do you understand Indigenous issues and have an interest in Indigenous cultures? Are you a keen advocate for Indigenous interests? Maybe you should nurture a respectful relationship with a career as an Indigenous liaison.
Choose a guide...

Indigenous liaisons help build and maintain positive and effective relationships between people of Indigenous (First Nations, Metis, and Inuit) cultures, people who are not Indigenous to Canada, and stakeholders who work for or are served by an organization that employs an Indigenous liaison.

Interest in supervising and overseeing office administrative procedures; in administering policies and procedures related to the release of records in processing requests under government access to information and privacy legislation; and in establishing work priorities, delegating work to office support staff and in ensuring deadlines are met and procedures followed

Depending on the nature of their employer, Indigenous liaisons may:

Indigenous liaisons most often work standard weekday office hours. They may need to attend evening or weekend meetings. They spend much of their time away from their offices delivering programs, acting as a community resource, and building community relationships. They may spend a lot of time travelling.

Indigenous liaisons should enjoy coordinating programs and services. They should be comfortable working with people from a wide variety of backgrounds. These include Indigenous community leaders, government representatives, and managers at all levels of the organization.

This chart shows which job skills are currently in highest demand for this occupational group. It was created using this occupation's 100 most recent Alberta job postings, collected between Feb 02, 2023 and Feb 05, 2023.

Indigenous liaisons need a combination of related education and experience. They must:

Some employers require applicants to have a high school diploma or 3 to 5 years of related experience. Others look only for applicants with a post-secondary diploma or degree in a field related to the organization’s business (such as marketing, social services, policing, education, resource extraction, banking). A cost-conscious attitude and computer literacy are definite assets. In particular, Indigenous liaisons should be able to use presentation software and related technology.

In Alberta, the 1221: Administrative officers occupational group is expected to have an average annual growth of 1.9% from 2019 to 2023. In addition to job openings created by employment turnover, 540 new positions are forecasted to be created within this occupational group each year.

This is a growing but still quite small occupation. There are a limited number of new positions created each year in Alberta.