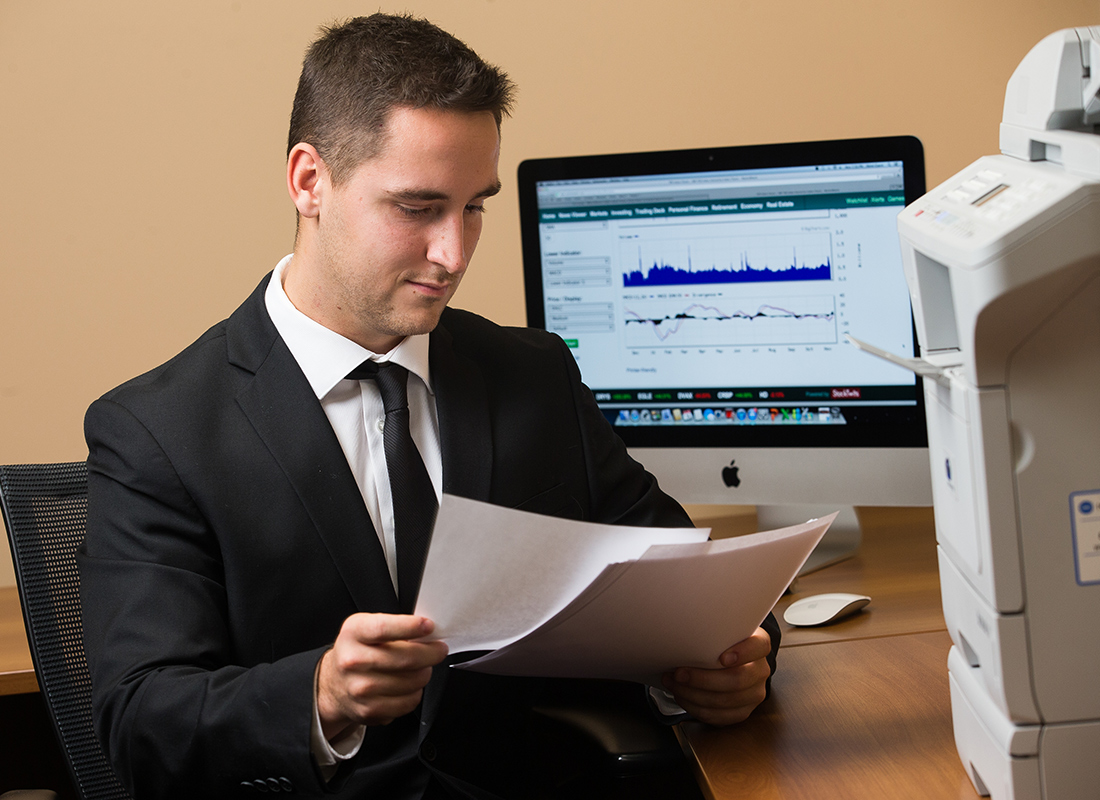 Investment Underwriter: Occupations in Alberta - alis
Are you interested in finances? Are you good at assessing risks? Can you deal with constant pressure and deadlines? Then you may want to invest in a career as an investment underwriter.
Choose a guide...

Interest in obtaining information and documentation related to the underwriting of new issues of stocks, bonds and securities

Interest in analyzing regulations, terms and conditions to underwrite new issues of stocks and bonds and develop information brochures

When governments need to raise new money, they may borrow funds by issuing bonds. The money owed to bond holders is then repaid from taxes and other revenues collected over several years.

Corporations that need money can get it by issuing bonds, debentures, or shares. Investment firms that offer underwriting services may buy securities at a fixed price with the goal of selling at a profit or acting as agents.

To achieve these goals, investment underwriters must help their clients with financial planning by:

Duties vary from one position to another but, in general, corporate underwriters:

They may also help the company issuing the bonds to complete a prospectus. This describes the company’s business and the securities it plans to sell. The company must file the prospectus with the provincial securities commission before bringing its new bond issue to market.

Underwriting is a highly specialized occupation. It involves working long hours in an office setting under constant deadline pressure. Underwriting staff work apart from the rest of the firm, usually in head offices.

Depending on the firm, investments underwriters may do a lot of national and international travel.

They should enjoy taking a methodical approach to gathering and analyzing information. They should like finding innovative solutions, negotiating with others, and directing others’ work.

This chart shows which job skills are currently in highest demand for this occupational group. It was created using this occupation's 18 most recent Alberta job postings, collected between Nov 28, 2021 and Feb 01, 2023.

Securities firms hire investment underwriters who have related work experience and at least 1 of the following:

Most firms require their investment underwriters to have completed the Canadian Securities Course (for more information, see the Investment Advisor occupational profile).

In addition, the CVB Institute offers the CBV designation to applicants who have business and securities valuation experience. Visit their website for details about the designation and its requirements.

Competition also is keen for opportunities to advance to senior management positions.

In the 1114: Other financial officers occupational group, 82.9% of people work in:

In Alberta, the 1114: Other financial officers occupational group is expected to have a below-average annual growth of 1.6% from 2019 to 2023. In addition to job openings created by employment turnover, 233 new positions are forecasted to be created within this occupational group each year.