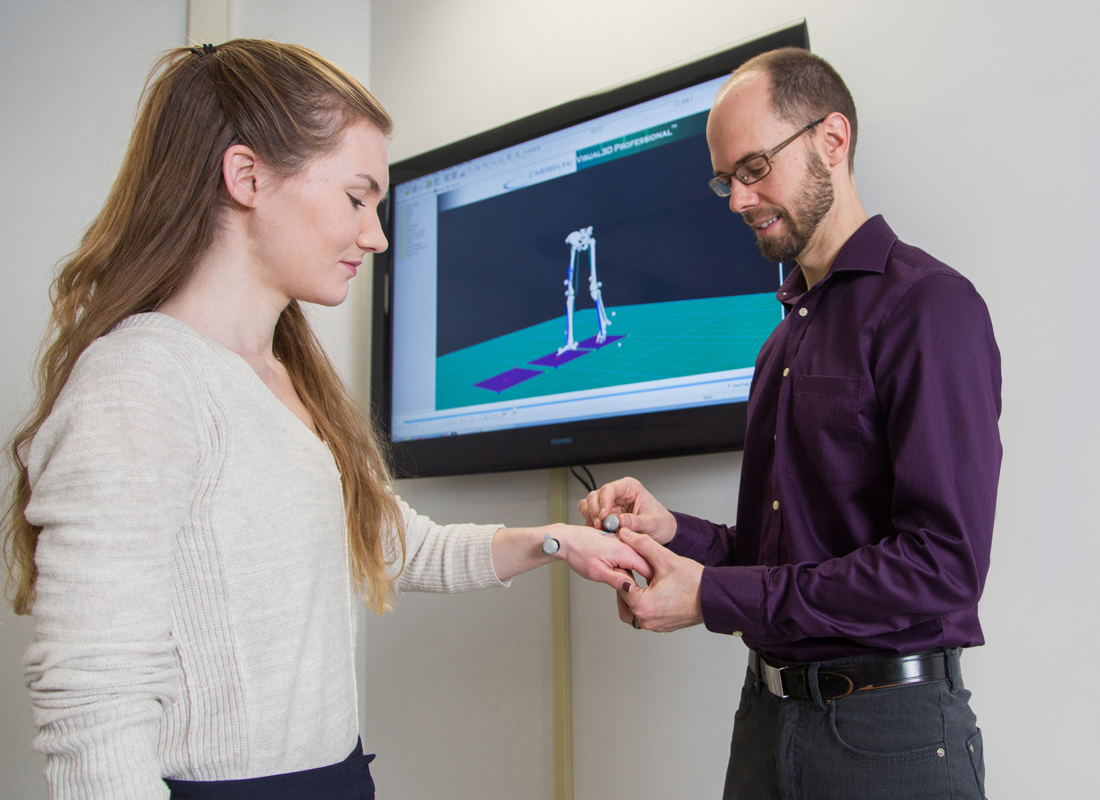 Kinesiologist: Occupations in Alberta - alis
Do you want to help others lead productive and healthy lives? Is being physically fit important to you? Do you have good people and teamwork skills? Are you interested in science? Then you may want to move into a career as a kinesiologist.
Choose a guide...

Kinesiologists study the factors that influence human movement. They look for ways to improve health outcomes. They focus on how to help the human body perform more efficiently at work, in sport, and in daily life.

Interest in consulting with individuals to provide information on lifestyles and methods to improve fitness, and in providing recommendations to enhance occupational health and safety

Interest in handling equipment to deliver programs that maintain, rehabilitate or enhance movement and performance; and in conducting fitness and human movement tests and assessments

Duties vary a lot in this field. In general, kinesiologists may:

Kinesiologists often work closely with other health and sport professionals.

Kinesiologists may work outdoors or indoors. They can work in:

The work can be physically demanding. Kinesiologists may do exercises with patients. They may need to move or lift patients who cannot exercise alone.

They should enjoy working with people, using equipment, and solving problems.

This chart shows which job skills are currently in highest demand for this occupational group. It was created using this occupation's 43 most recent Alberta job postings, collected between Nov 03, 2021 and Jan 31, 2023.

The minimum requirement is a 4-year bachelor’s degree. This is most often in kinesiology. However, some may have a degree in physical education with a major in physiology or a related discipline (such as kinesiology or exercise psychology). Many have a master’s degree.

However, the following voluntary certifications are available from the Canadian Society for Exercise Physiology (CSEP):

To learn more about scope of practice and certification requirements, visit the CSEP website.

Some self-employed kinesiologists work on a contract basis for more than one employer.

In the 3144: Other professional occupations in therapy and assessment occupational group, 84.8% of people work in:

In Alberta, the 3144: Other professional occupations in therapy and assessment occupational group is expected to have an above-average annual growth of 3.8% from 2019 to 2023. In addition to job openings created by employment turnover, 56 new positions are forecasted to be created within this occupational group each year.