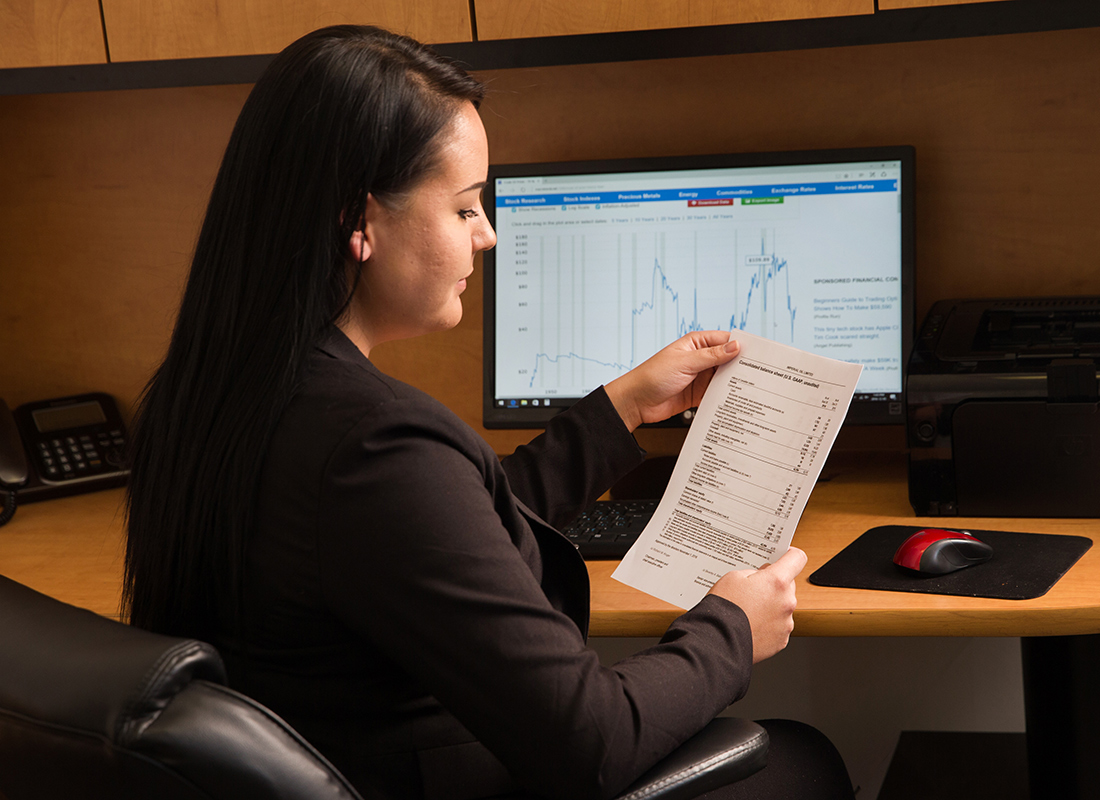 Oil and Gas Production Accountant: Occupations in Alberta - alis
Do you like gathering and analyzing details? Can you pull information from large amounts of data? Are you interested in the energy industry? Then a career as an oil and gas production accountant may be the number one choice for you.
Choose a guide...

Interest in co-ordinating information to develop cost finding and internal control procedures; and in analyzing financial statements and reports

Interest in consulting with clients to provide financial, business and tax advice; may supervise articling students, other accountants and administrative technicians

Oil and gas production accountants keep track of the activity at well sites, pipelines, and other facilities and prepare monthly reports for the province, owners, and the Alberta Energy Regulator (AER).

Production accountants usually work in offices. Working hours vary depending on the organization and level of responsibility. Overtime often is required at month-end and year-end. Depending on the position, some travel may be required.

They should enjoy having clear rules and organized methods to guide their activities. They should also enjoy developing innovative solutions to problems and directing the activities of others.

This chart shows which job skills are currently in highest demand for this occupational group. It was created using this occupation's 98 most recent Alberta job postings, collected between Mar 07, 2022 and Feb 03, 2023.

The minimum education requirement for oil and gas production accountants is a high school diploma. However, employers often prefer applicants who:

In conjunction with 2 post-secondary schools in Alberta, the Canadian Association of Petroleum Production Accounting (CAPPA) offers a 10-course certificate program. They offer the courses full time on campus and also in a self-paced, online format.

Oil and gas production accountants most often work for oil and gas companies whose head offices are located in large urban centres.

Oil and gas production accountants are part of the larger 2011 National Occupational Classification 1111: Financial auditors and accountants. In Alberta, 79% of people employed in this classification work in the following industries:

In Alberta, the 1111: Financial auditors and accountants occupational group is expected to have a below-average annual growth of 1.8% from 2019 to 2023. In addition to job openings created by employment turnover, 541 new positions are forecasted to be created within this occupational group each year.