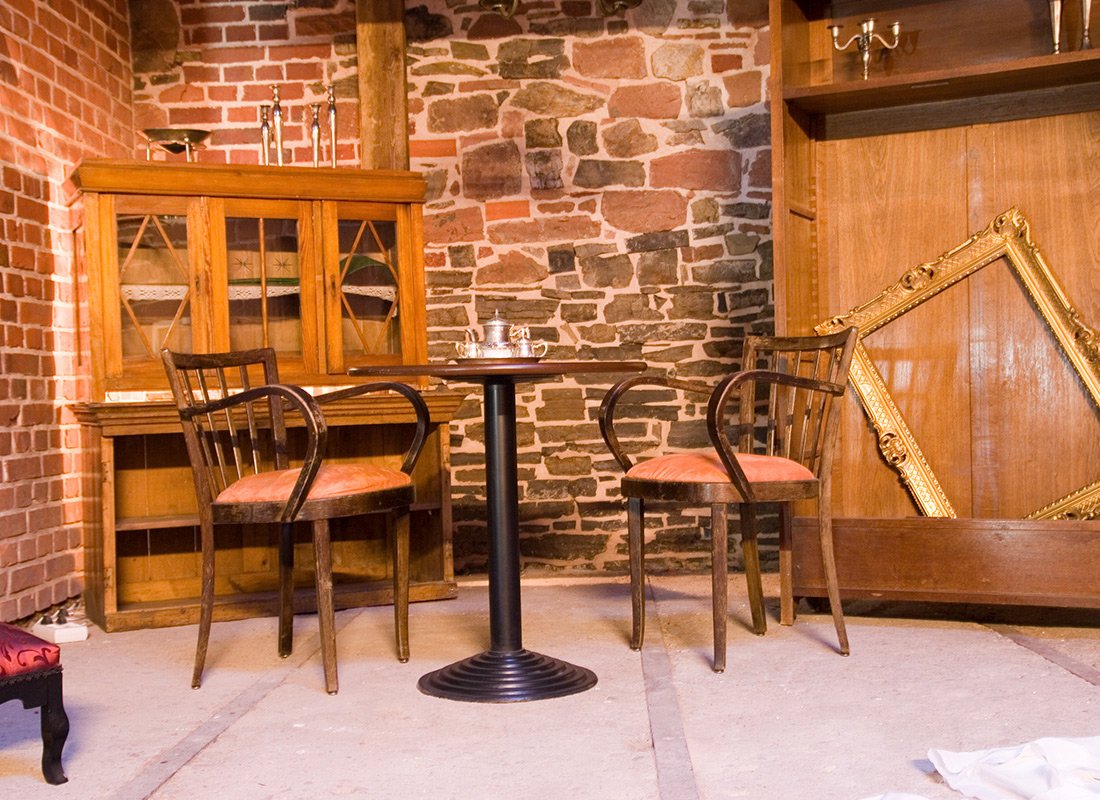 Set Designer: Occupations in Alberta - alis
Do you like designing new worlds? Are you creative and artistic? Do you have a good sense of space and great interpersonal skills? Then you could set the stage for a career as a set designer.
Choose a guide...

Create New Guide What is an alis guide?
Close
Occupations in Alberta
©
iStockphoto/Wicki58

Duties and responsibilities vary from one type of production to another but, in general, set designers:

Most set designers supervise the construction and painting of sets and, in small theatres, help with these activities as well.

For many film, video or gaming productions, set designers may be required to develop partial or full virtual sets, using digital 3D modelling software to build a computer-rendered scene. Where real life actors or their recorded movements will be merged into these digital sets, set designers often are required to construct green screen sets. These special sets have basic key objects or shapes built with the exact same dimensions and locations physically as are modelled on the digital set. The shapes are then covered with a special green material that allows footage of those areas to be erased using computer software, and replaced by footage from the 3D modelled version of the set. The green screen sets have many spatial coordinate markers placed at key locations throughout the set (which remain visible to the camera, and special mapping software), so the footage and camera movements from the real-life performance can be accurately reproduced and mapped onto the digitally-rendered set.

Set designers often work long hours to meet deadlines. Most work on a freelance basis out of their homes or studios during the creation phase of a production. Later, they may work indoors or outdoors to supervise set construction. Set designers working on film or television productions are often required to be on hand to supervise the current day’s set location during shooting, while also remotely managing the construction of sets for the next day’s shooting as well. Sets for touring shows or concerts require repeated management of set-ups and take-downs for each venue.

Due to the freelance nature of the occupation, a designer may have to work on many projects at once. Projects may be at different stages of production and for a variety of companies. This may result in long periods of working at home or at a personal studio, and long periods of travelling.

They should enjoy synthesizing information, experimenting and finding innovative solutions to problems, doing precise work with tools and equipment, and supervising the work of others.

Set designers must be able to interpret scripts and written texts into visual images, and convert those images into functional set designs. This requires:

This is a very specialized field: a bachelor’s or master’s degree in fine art with a specialization in set design, or training at a specialized conservatory such as the National Theatre School of Canada is recommended.

Graduates of design programs usually start as designers for smaller productions or as assistant set designers in larger ones. Advancement generally takes the form of more demanding assignments. Some set designers teach in university and college programs.

Set designers are part of the larger 2011 National Occupational Classification 5243: Theatre, fashion, exhibit and other creative designers. In Alberta, 75% of people employed in this classification work in the following industries:

Occupational growth may be highly influenced by the number of productions companies will do in a year, and the scale of those productions.

Most set designers work on a contract basis. Their incomes therefore vary considerably from one designer to another and from one year to another.