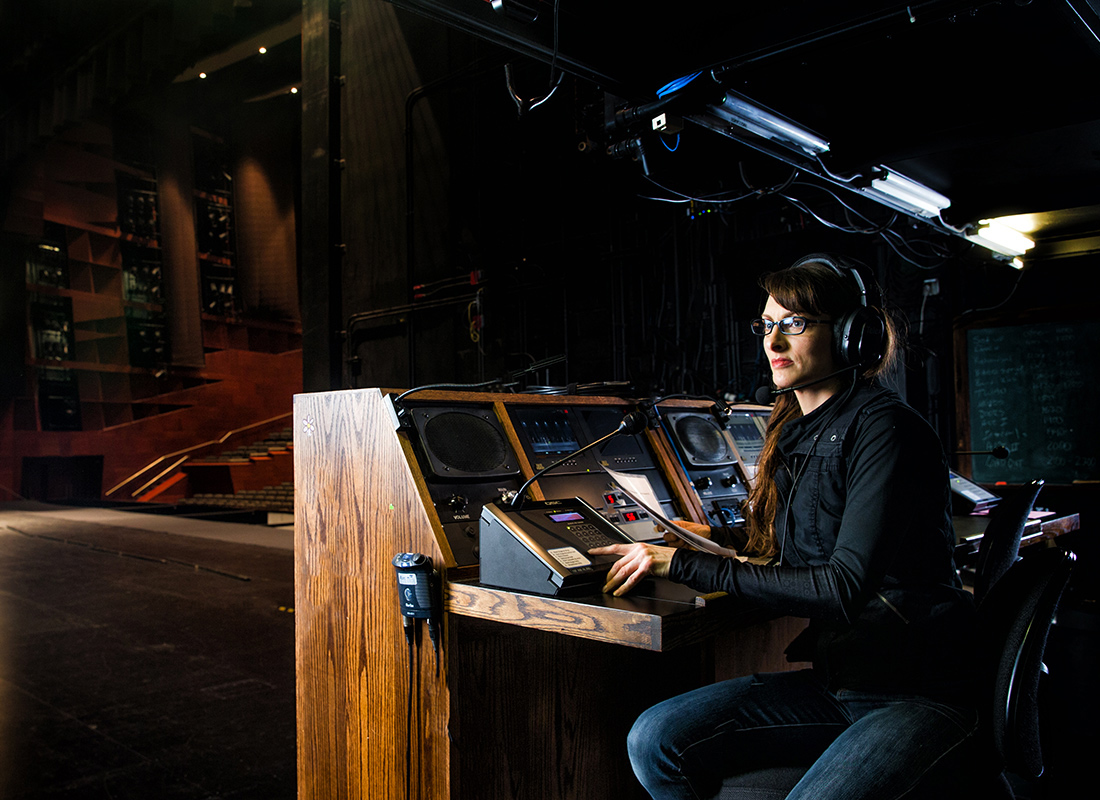 Stage Manager: Occupations in Alberta - alis
Are you a great leader? Do you love theatre? Are you able to meet deadlines and stay calm and tactful under pressure? Can you communicate clearly? Then you may want to act on becoming a stage manager.
Choose a guide...

Stage managers document, monitor and oversee everything that happens throughout the rehearsal process and during a stage performance. This includes actors’ movements and lines, props, scenery movements, lighting effects and sound effects. During rehearsals, stage managers also coordinate schedules for the artistic and technical operation of the production.

Interest in supervising stage and set construction in production studio, on stage and on location; in planning construction schedules and distribution of work; and in ensuring a safe working environment

Interest in co-ordinating information to assess construction time requirements, estimate costs of building materials and to prepare construction drawings and instructions for assembling of sets

Stage managers provide support to all areas of a theatrical production, ensuring everything runs smoothly. They act as the director’s representative during performances. From the beginning to the end of a theatre production, stage managers coordinate much of what the audience sees on stage. In general, they:

On opening nights, directors hand over shows to stage managers. After that, stage managers are completely responsible for productions and maintaining the artistic and technical intentions of the directors and designers.

Stage managers work long, irregular hours and must be prepared to work through weekends and holidays. Most productions are held during the evenings with rehearsals during the day. If a stage production is touring, the stage manager is expected to travel with the show.

Stage management requires people skills and technical skills. The technical aspects can be learned by working in the theatre or through formal training. Many stage managers take a related post-secondary education program and then participate in an apprenticeship program administered by Actors’ Equity.

During the summer months, the Banff Centre for Arts and Creativity offers Work Study programs for people who have post-secondary education in Theatre Production. The Centre also offers Theatre Production Residencies in stage management.

They may be hired for the run of 1 production or a season and often accompany touring companies. Even large theatres may not hire stage managers year round.

Stage managers are part of the larger 2011 National Occupational Classification 5226: Other technical and coordinating occupations in motion pictures, broadcasting and the performing arts. In Alberta, 90% of people employed in this classification work in the following industries:

Since stage managers usually are hired on contract, their annual incomes vary considerably from one person to another and may vary from one year to another.