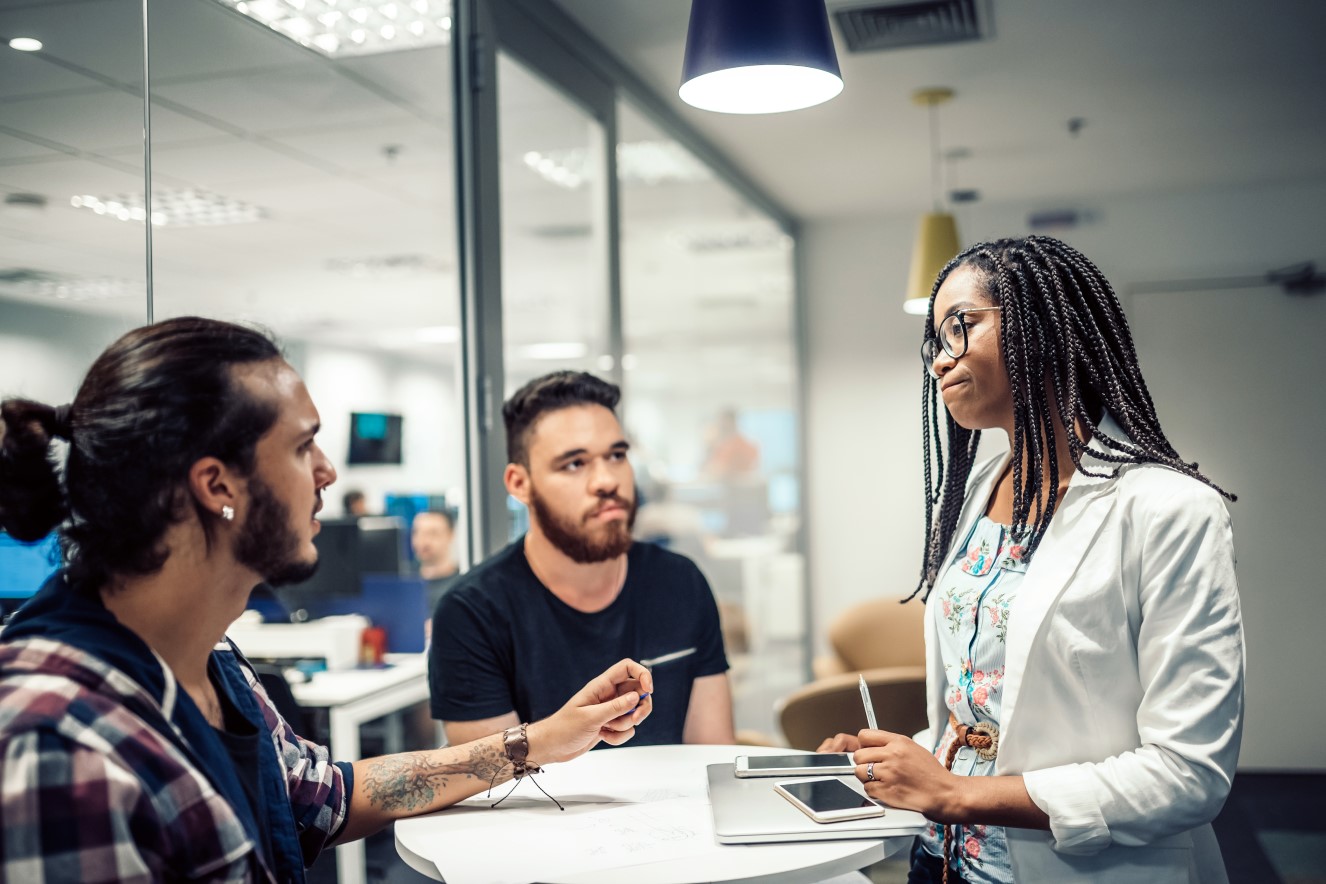 Managing Conflict at Work - alis
Differences of opinion and disagreements aren’t always a bad thing. But if you don’t address the problem, the conflict has a negative effect on everyone.
Choose a guide...

©
iStock.com/golera
Succeed
At Work
Manage Challenges
A A

At some point, people where you work may have problems getting along. It is important to recognize conflict and deal with it in ways that make everyone feel listened to and supported.

Disagreements can be positive when they help us understand other people's points of view. But when conflicts are ignored, they can affect everyone negatively.

Why you should care

Every conflict has its costs. For you and your co-workers, the costs can be added stress, low morale, and damaged working relationships. For your employer, costs can include lower productivity, unhappy customers, and having to recruit new workers when people quit.

“Meeting jaw to jaw is better than war.”—Winston Churchill

By solving conflicts, you and your workplace can benefit:

It helps to view conflict as an opportunity to grow and learn. Without conflict, no new ideas can come forward. A workplace without employees coming up with competing ideas would quickly find themselves stuck in the past.

Use the Right Words and Questions to Manage Conflicts

When dealing with workplace conflicts, the wrong words can quickly make the situation worse. Remember to talk with people not at them.

The possible causes for workplace disputes are almost limitless and can be about big issues or seemingly small ones. To name just a few, you could find yourself in a conflict over:

Often, the easiest thing to do is ignore a conflict and move on. At the other end of the spectrum, conflicts can sometimes lead to violence. Neither of these things is a good way to deal with conflict.

The case for early intervention

When people or groups have differences, one problem often leads to another. Supervisors and workers who used to get along have a falling out. Over time, people's positions harden, and negativity builds. You can get caught in a downward spiral. 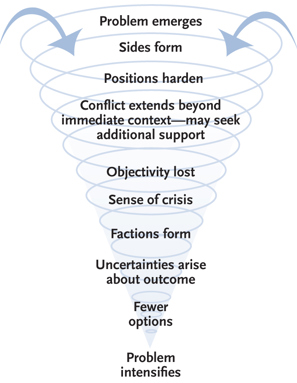 What can you do?

Conflicts themselves are not the problem. The trouble is with how people sometimes deal with them. All workplaces should have some kind of dispute resolution system, or way to deal with conflicts, so that people can handle them in an effective way.

Learn How to Resolve Conflicts: Case Studies from Large Workplaces

Large workplaces and unionized environments often have structured solutions for resolving conflicts. Read these 2 case studies to see if their approaches might be helpful in your situation.

Sometimes, it can be effective to talk informally about a conflict. Maybe your co-workers or supervisors just need to become aware of an issue to see that your concerns are valid. But if a chat doesn't solve the issue—or, worse, it leads to a more serious conflict—you will need to use a formal method.

Issue-based problem solving is a proven method to deal with conflict in the workplace. It is not a quick fix, but it shows a new and detailed way of talking about how to solve conflicts.

Issue-based problem solving moves beyond the outdated idea of having winners and losers. Instead, it can make everyone—employees, employers, and those they serve—winners. Once you feel familiar with the process of issue-based problem-solving, you might find the technique useful in dealing with family disputes or in sorting out disagreements that arise within associations, religious groups, unions, or elsewhere in the wider community.

Sometimes a conflict can only be resolved by bringing in a neutral third-party to review the situation and provide their feedback. These facilitators have specialized training in resolving conflicts and can help find a resolution that satisfies both sides.

Conflicts are a normal part of any job. If you deal with them swiftly and in a positive way, conflicts can actually improve how things are done in your workplace.