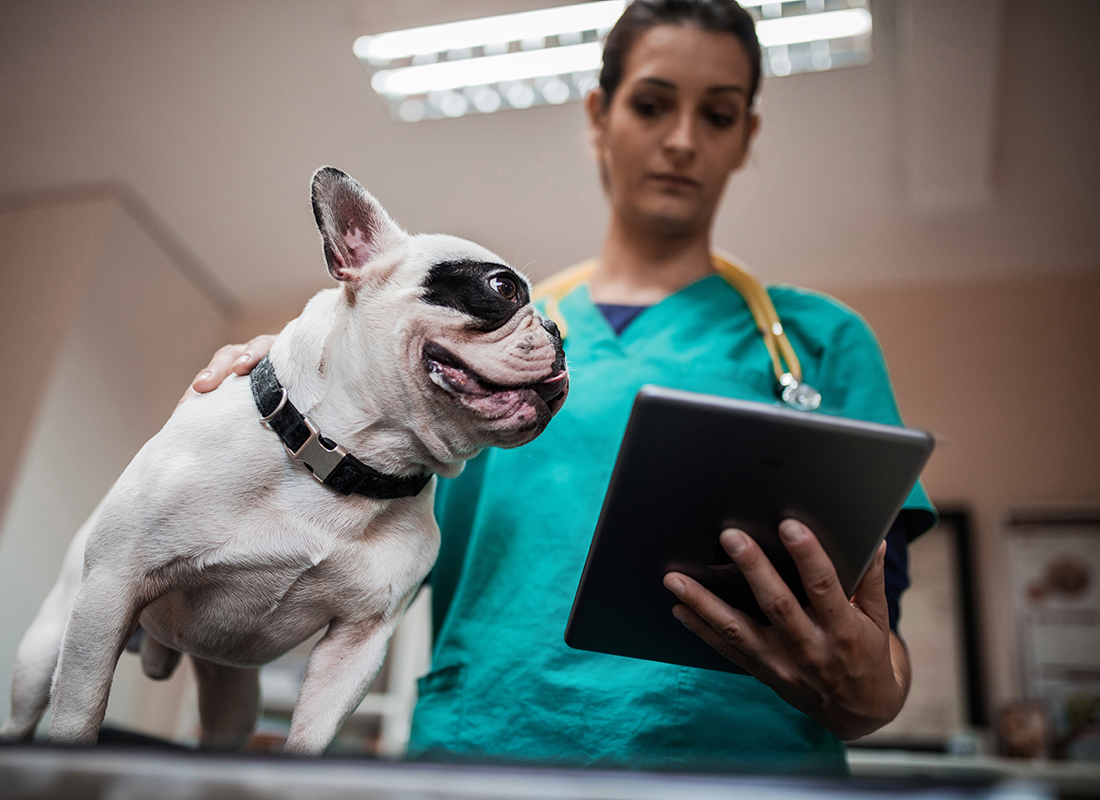 Animal Health Technologist: Occupations in Alberta - alis
Do you have confidence in working with animals? Are you interested in medicine? Then you should find out if a career as an animal health technologist is the right diagnosis for you.
Choose a guide...

Interest in assisting veterinarians before, during and after surgery, and by preparing surgical equipment, administering and monitoring anesthetics and cleaning up after surgery; in conducting specialized procedures such as animal identification and hoof trimming, and in preparing medications and vaccines under the direction of veterinarians

Interest in operating laboratory equipment to produce X-rays radiographs, collect samples and perform other tests to assist in the diagnosis of animal health problems

Interest in compiling information from tests to assist in the diagnosis of animal health problems; and in conducting and assisting in laboratory research

Animal health technologists provide a wide range of animal health services. They are supervised by veterinarians. In general, they:

Most animal health technologists work in veterinary clinics and hospitals. Many work in labs, research facilities or animal shelters. Some work on farms or in stockyards or feedlots. The work can be physically and emotionally demanding.

Work hours may include evenings, weekends, and nights. Animal health technologists may be on call or work overtime during emergencies.

Animal health technologists sometimes work around strong, unpleasant odours. Workplace hazards may include contact with dangerous animals. They may also include exposure to radiation, biohazards, anesthetics (gases) and diseases that may be passed on to humans.

This chart shows which job skills are currently in highest demand for this occupational group. It was created using this occupation's 12 most recent Alberta job postings, collected between Dec 06, 2021 and Jun 24, 2022.

Before enrolling in any program, prospective students should check with the Registered Veterinary Technologists and Technicians of Canada (RVTTC) to make sure it is recognized across Canada.

Animal health technologists provide primary support to veterinarians by caring for animals, and assisting in the care and treatment of companion and livestock animal health disorders.

Under Alberta's Veterinary Profession Act and General Regulation, you must be registered with the Alberta Veterinary Medical Association (ABVMA) to work as an animal health technologist under the direction of a registered veterinarian.

For information on what you need and other details, visit the certification profile Animal Health Technologist.

Animal health technologists may work for:

In the 3213: Animal health technologists and veterinary technicians occupational group, 84.8% of people work in:

In Alberta, the 3213: Animal health technologists and veterinary technicians occupational group is expected to have an above-average annual growth of 2% from 2019 to 2023. In addition to job openings created by employment turnover, 58 new positions are forecasted to be created within this occupational group each year.