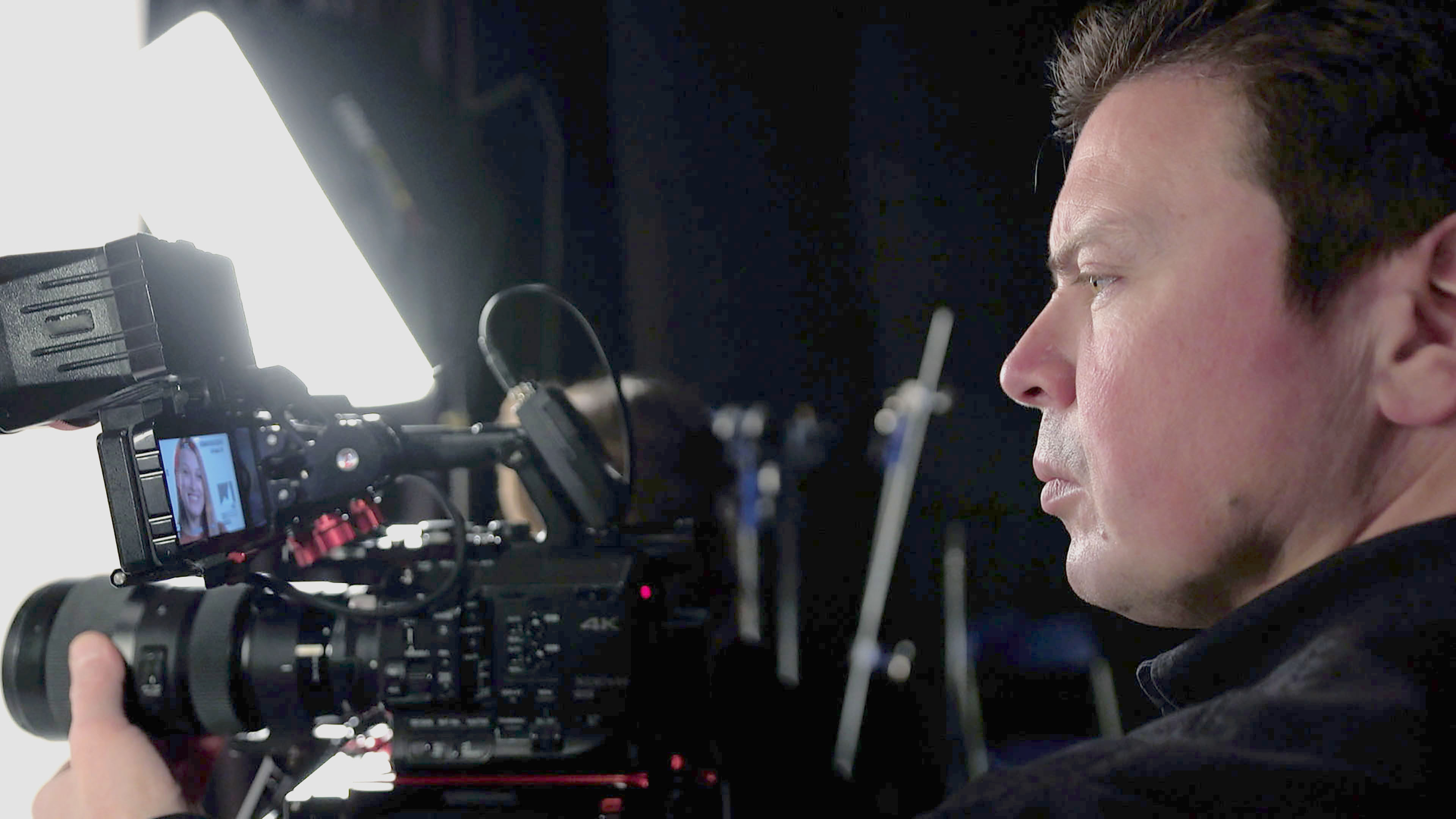 Cinematographer: Occupations in Alberta - alis
Are you creative? Do you have an appreciation for images? Do you like watching and making videos? Then you may want to focus on a career as a cinematographer.
Choose a guide...

Cinematographers use cameras, lighting, and related equipment to create the desired visual mood for a film or video production.

Interest in co-ordinating and overseeing all aspects of camera work and lighting for motion picture, video and television productions

Interest in supervising camera operators and other crews in setting up cameras and lighting equipment; and in instructing crews on technical aspects of filming such as focus settings, distances of shots and changes in lighting; may set up and operate cameras to film scenes

Cinematographers use lighting, lens selection, filtration, exposure, and focus to create a particular look. They may work on motion picture film stock, videotape, or digital files. Standard and high-definition video and film are used as original media for documentaries, national commercials, feature films, movies of the week, and television series.

A cinematographer’s primary responsibility is to define an appropriate look and determine how best to achieve it. Cinematographers must rely on their knowledge and experience to anticipate the effect production decisions will have on the final image.

In general, cinematographers may be expected to:

Depending on the size and scope of the project, cinematographers may also operate and set up camera and lighting equipment themselves. When working as directors of photography on big-budget, dramatic feature films or television projects, cinematographers:

Cinematographers experience a variety of working conditions. These may depend on the type of production (for example, documentary or television series) and where a film is being shot. They may work on location in all kinds of weather or indoors on a sound stage.

Hours of work vary greatly. For example, cinematographers may have to photograph dawn over the foothills or twilight on a mountain lake. Those employed in motion pictures may work long hours (12-hour days or more) with short deadlines. Travel is often required.

The work can be stressful when last-minute changes are required or when people have conflicting expectations.

They should enjoy directing and coordinating camera and lighting work, finding innovative ways to do things, working with equipment, collaborating with others, and leading teams.

Cinematographers need a solid grounding in both the theoretical and technical aspects of the work. It is still possible to enter the field by gaining practical experience. For example, an individual may work as a videographer or as a part of the camera department within sectors such as film and television. However, advancing through this path can take many years.

There are no post-secondary programs specifically in cinematography currently offered in Alberta.

Alberta University of the Arts

For those seeking certification as a director of photography, the requirements and application information can be found on the International Cinematographers Guild (ICG 669) website.

Most cinematographers are self-employed artists who work on a contract basis for:

Large production houses such as the Canadian Broadcasting Corporation (CBC) and the National Film Board (NFB) have a few full-time cinematographers on staff. Most often, though, they contract work out to freelance cinematographers.

For those on contract, work may be erratic depending on the needs of the market.

Cinematographers are part of the larger 2011 National Occupational Classification 5131: Producers, directors, choreographers and related occupations. In Alberta, 89% of people employed in this classification work in the Information, Culture and Recreation [pdf] industry.

Cinematographers’ incomes depend on their talent and experience. Freelance cinematographers negotiate contracts on a job-by-job basis. Incomes may vary considerably from person to person, and from year to year. For those working within a union such as the International Cinematographers Guild (ICG) Local 669, wage guidelines are set out in the union agreement.

Updated Mar 17, 2021. The information contained in this profile is current as of the dates shown. Salary, employment outlook, and educational program information may change without notice. It is advised that you confirm this information before making any career decisions.