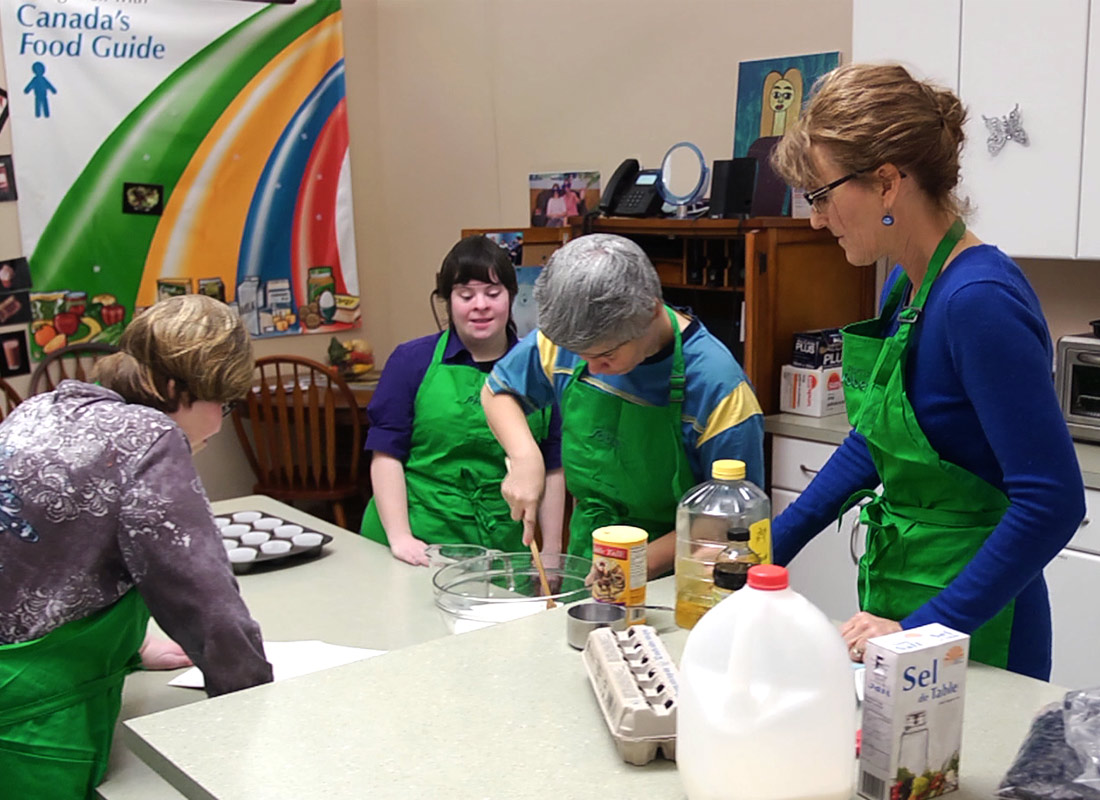 Community Disability Services Practitioner: Occupations in Alberta - alis
Do you like helping other people? Are you a good motivator? Do you have a positive attitude? Then a career as a community disability services practitioner may motivate you.
Choose a guide...

Community disability services practitioners help people with disabilities fulfill their goals to be active citizens in the community. Working as part of a team, practitioners work with adults, youth or children, and their families to provide personalized supports. This involves understanding each person’s health and safety needs and knowledge of best practices and support strategies.

Community disability services practitioners work with people who have developmental, emotional, or physical disabilities. They may focus on a specific age group or on people with a specific type of disability. Duties vary but, in general, they:

Community disability services practitioners may work as part of a team of professionals (including doctors, psychologists, teachers, and therapists) and family members to develop and carry out plans that support behavioural, residential, social, or employment goals.

Community disability services practitioners work in a variety of settings (such as homes, workplaces, schools, the community, health care facilities, and recreational and leisure centres). Work hours vary with the setting. Residential settings may require shift work. Other settings may offer more regular hours. Evening and weekend work is often required. Practitioners may need to attend meetings or other functions.

They should enjoy helping and working with others. They should also like coming up with new ideas and solutions.

This chart shows which job skills are currently in highest demand for this occupational group. It was created using this occupation's 100 most recent Alberta job postings, collected between Jul 08, 2022 and Nov 29, 2022.

In the 4212: Social and community service workers occupational group, 77.9% of people work in:

In Alberta, the 4212: Social and community service workers occupational group is expected to have an above-average annual growth of 3.1% from 2019 to 2023. In addition to job openings created by employment turnover, 489 new positions are forecasted to be created within this occupational group each year.

Salaries for community disability services practitioners vary a lot depending on work setting and qualifications.