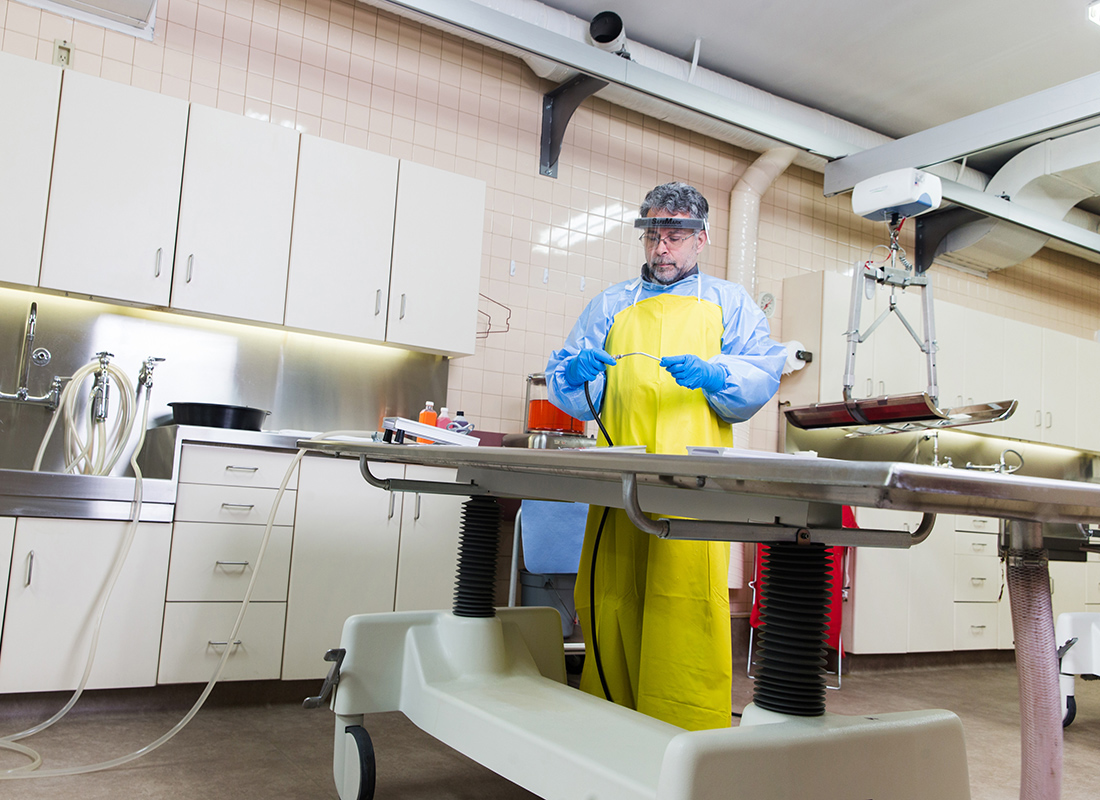 Embalmer: Occupations in Alberta - alis
Are you sensitive to the feelings of others? Are you emotionally and physically strong? Do you have empathy for those who have lost loved ones? Do you like working alone? Then you may have the personal qualities needed for a career as an embalmer.
Choose a guide...

Embalmers prepare the remains of people who have died and make them ready for public visitation and burial.

Interest in precision working to preserve, sanitize and prepare remains for funeral services

Embalmers use dignity and respect in their care for deceased persons. In general, they:

Most of an embalmer’s work is done under surgical conditions in a preparation room.

In larger funeral homes, embalmers work normal office hours and some evenings. In small establishments, they may work longer hours. Embalmers may be required to transfer remains into care at any hour.

Some heavy lifting is required.

Embalmers should have an interest in and knowledge of anatomy. They should have mathematical skills to calculate chemical strengths.

Prospective embalmers should discuss training options with practising funeral directors or embalmers before enrolling in a program.

Funeral directors take charge of caring for the remains of people who have died, help families plan funeral services, and co-ordinate and manage arrangements for services. Embalmers prepare the remains for public visitation and burial. Business managers manage funeral service businesses. Pre-need salespersons draw up and sign pre-need funeral service contracts on behalf of the business.

For information on what you need and other details, visit the certification profile Funeral Service Occupations.

Embalmers are part of the larger 2011 National Occupational Classification 6346: Funeral directors and embalmers. In Alberta, most people employed in this classification work in the Other Services [pdf] industry.

Employment turnover is expected to increase as members of the baby boom generation retire over the next few years. However, demand for embalming services is declining because more people are choosing cremation.

In Alberta, the 6346: Funeral directors and embalmers occupational group is expected to have an above-average annual growth of 2.6% from 2019 to 2023. In addition to job openings created by employment turnover, 39 new positions are forecasted to be created within this occupational group each year.

Embalmers are part of the larger 2011 National Occupational Classification 6346: Funeral directors and embalmers.

According to the 2015 Alberta Wage and Salary Survey, Albertans in the Funeral directors and embalmers occupational group earned on average from $23.30 to $37.00 an hour. The overall average was $29.95 an hour. More recent data is not available.