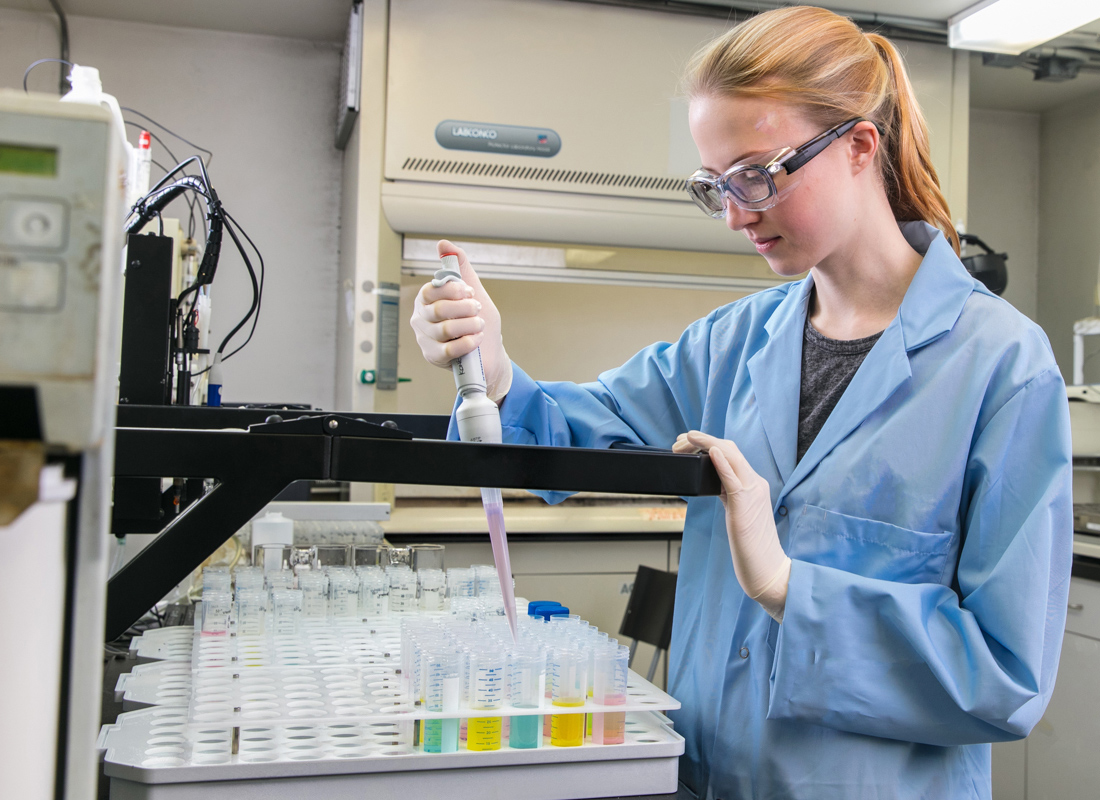 Food Scientist: Occupations in Alberta - alis
Are you interested in the science behind the aromas and tastes of food? Does the idea of doing research to enhance food production and storage appeal to you? Then you may want to research a career as a food scientist.
Choose a guide...

Food scientists investigate the chemical, microbiological, physical, and sensory nature of food. They apply their knowledge to developing, processing, preserving, packaging, distributing, and storing of foodstuffs.

Interest in synthesizing information to conduct ecological and environmental impact studies and to prepare reports, and to develop new practices in biological research

Interest in precision working with instruments and equipment to conduct experiments in plant and animal growth, heredity and breeding

Interest in consulting to advise on issues related to biological processes and research and the development of new products; may supervise biological technologists and technicians and other scientists

Food scientists may work in research, processing and product development, food safety, or management. Their job titles, such as food chemist, food microbiologist, or food engineer, often reflect their areas of specialization.

The minimum education requirement for food scientists is a 4-year bachelor’s degree in a related discipline, such as food science and technology, biochemistry, chemistry or microbiology. Advancement opportunities are best for those who have a related master’s degree. A doctoral degree (PhD) generally is required for independent research positions and university teaching positions. A PhD is also an asset for senior positions in food safety and product development in large companies.

Most companies involved in food and beverage processing or manufacturing employ food scientists. Major sectors in Alberta’s food-processing industry include:

Food scientists also may be employed in the Public Administration or Educational Services industries. They may work overseas as consultants with international food agencies. These can include the World Health Organization (WHO), the Food and Agriculture Organization of the United Nations (FAO), PLENTY Canada, Global Affairs Canada and others.

Most new graduates start work as technicians, often in junior positions. With more experience, they can move into:

Food scientists employed by federal and provincial government agencies may advance from laboratory technicians to positions as scientists or supervisors. A master’s degree may be required for advancement.

Food scientists are part of the larger 2011 National Occupational Classification 2121: Biologists and related scientists. In Alberta, 80% of people employed in this classification work in the following industries:

Food scientists’ salaries vary considerably depending on the scientist’s qualifications and the employer.