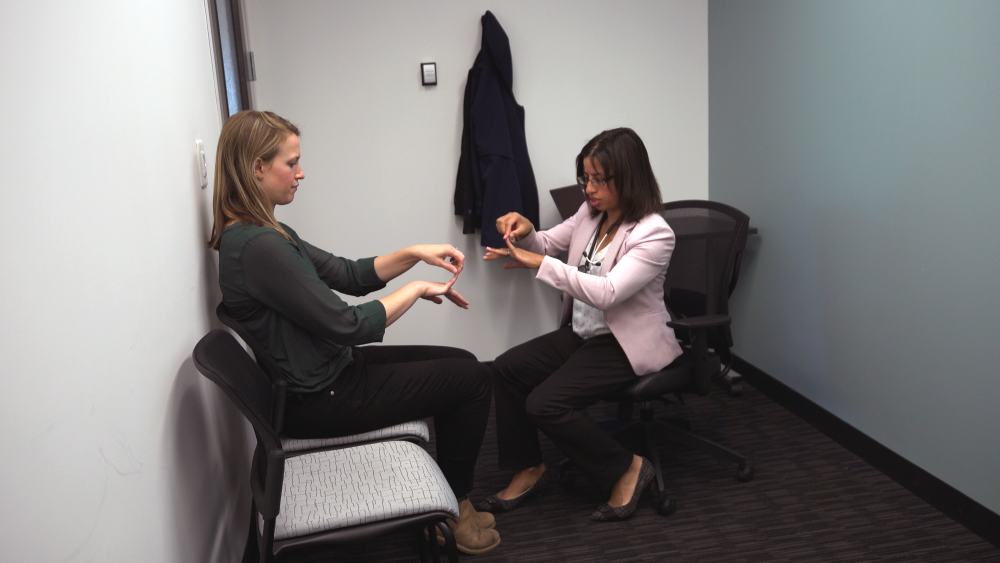 Geneticist: Occupations in Alberta - alis
Do you have a passion for learning about the latest scientific research? Would you like to use genetics to improve the environment, crops, livestock, and human health? Then you may have the traits for a career as a geneticist.
Choose a guide...

Genetics is increasingly being applied in all fields of biology. Geneticists often work with scientists outside the life sciences. Research geneticists specialize in a wide range of areas including:

Some geneticists are involved in developing and improving industrial processes, such as producing drugs including antibiotics and vaccines. For more information, see the Biotechnologist occupational profile.

Medical geneticists (physicians) study the causes, prevention, and treatment of human conditions with genetic causes. They are directly involved in patient care.

Genetic counsellors (M.Sc.) gather and analyze family history and inheritance patterns, calculate risks of disorders recurring, and provide information about genetic testing and related procedures. They offer support to families who are affected by or at risk of a genetic disorder.

Other geneticists may be involved in field biology or laboratory research on microbes, plants, or animals. This usually involves working at a laboratory bench. It can also involve field collections, mathematical models, or computer simulations.

Geneticists most often work in a laboratory. They often work with hazardous substances such as chemicals and radioactive materials. They must know and use safety procedures. During laboratory experiments, controlled environments are the norm.

Because experiments and tests must often be monitored, evening and weekend work is common. Geneticists spend a lot of time analyzing data and writing reports.

Medical geneticists are physicians who typically work in university medical centres or hospitals.

Depending on their field of study, some geneticists work with animals (invertebrate or vertebrate model systems). Studies with plants and some animals may involve working in the field.

All geneticists should enjoy organizing and synthesizing information and finding innovative solutions to problems. They should be comfortable using sophisticated instruments and equipment to do precision tasks. Geneticists should be at ease supervising the work of others and following the direction of superiors.

Geneticists must have an advanced degree in genetics or a related biological field, such as evolution, microbiology, or biochemistry. They need to have knowledge in and an aptitude for biochemistry.

Most geneticists begin their studies in a 4-year bachelor of science (B.Sc.) degree program in a biological science. They may then go on to complete a master of science (M.Sc.) or doctoral (PhD) degree in genetics. However, some go on to a medical doctor (MD) degree, followed by specialty training and further study in a genetics program.

Graduates of B.Sc. genetics programs often enter the field as genetics technicians. Graduates of M.Sc. programs can step into high-level technical positions. A PhD is the best route to working as an independent researcher in a university or company, or teaching at the university level.

All geneticists need to follow the latest research to keep up with new developments and discoveries in a rapidly advancing field.

Biologists who are registered and in good standing with a regulatory organization elsewhere in Canada may be eligible for registration in Alberta if registered biologists in the 2 jurisdictions have similar responsibilities and competencies. For more information, see What if I am already certified in another province or territory in Canada? and ASPB.

Royal College of Physicians and Surgeons of Canada website: www.royalcollege.ca