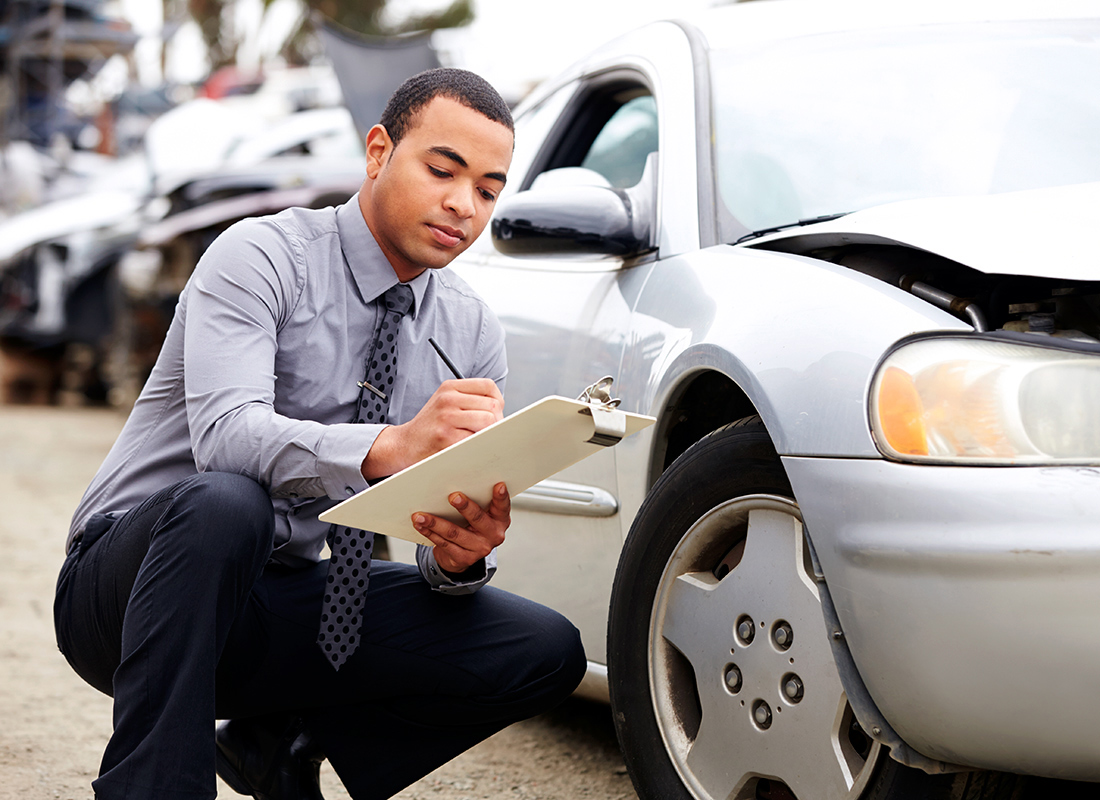 Insurance Adjuster: Occupations in Alberta - alis
Are you a good negotiator and investigator? Can you multitask and stay organized? Do you stay calm when dealing with people in stressful situations? Then you may want to claim a career as an insurance adjuster.
Choose a guide...

Create New Guide What is an alis guide?
Close
Occupations in Alberta
©
iStockphoto/bowdenimages

Interest in analyzing information when inspecting automobile, home and other property damage and when examining records and reports

Interest in negotiating the settlement of claims

Determining and documenting the validity of a claim often involves interviewing or corresponding with policy holders, claimants, or witnesses. It can involve obtaining statements and copies of documents from police officers, medical personnel, and others with special expertise.

Experienced adjusters work alone most of the time. While they are training, they work under close supervision. They may work mostly in an office writing reports and making phone calls, or away from the office interviewing people and gathering evidence. Depending on the nature of the claims they handle, adjusters may need to travel a lot to inspect damage and interview claimants, witnesses, and police officers. Defending decisions in mediation, settlement conferences, and trials can be stressful.

Evening and weekend work is sometimes required. Adjusters may be on call after regular office hours.

They should enjoy analyzing information and taking a methodical approach to their work. They should like negotiating with people and making decisions.

Employers prefer to hire people who have at least a high school diploma. Some post-secondary education is a definite asset. Adjusters who do out-of-office investigations need a driver’s licence.

Before enrolling in an education program, prospective adjusters should discuss their training options with potential employers.

Insurance adjusters investigate insurance claims on behalf of insurers or individuals. They recommend whether to pay benefits from insurance policies, and negotiate payments and settlements.

Under Alberta’s Insurance Act [pdf] and Insurance Agents and Adjusters Regulation [pdf], you must be licensed by the Alberta Insurance Council (AIC) to work as an independent insurance adjuster in Alberta.

For information on what you need and other details, visit the certification profile Insurance Adjuster.

Some insurance adjusters begin as clerical workers or telephone adjusters in the claims departments of insurance companies or in independent adjusting firms. They expand their knowledge and experience in the field from there.

In the 1312: Insurance adjusters and claims examiners occupational group, 96.1% of people work in:

In Alberta, the 1312: Insurance adjusters and claims examiners occupational group is expected to have a below-average annual growth of 1.4% from 2019 to 2023. In addition to job openings created by employment turnover, 39 new positions are forecasted to be created within this occupational group each year.