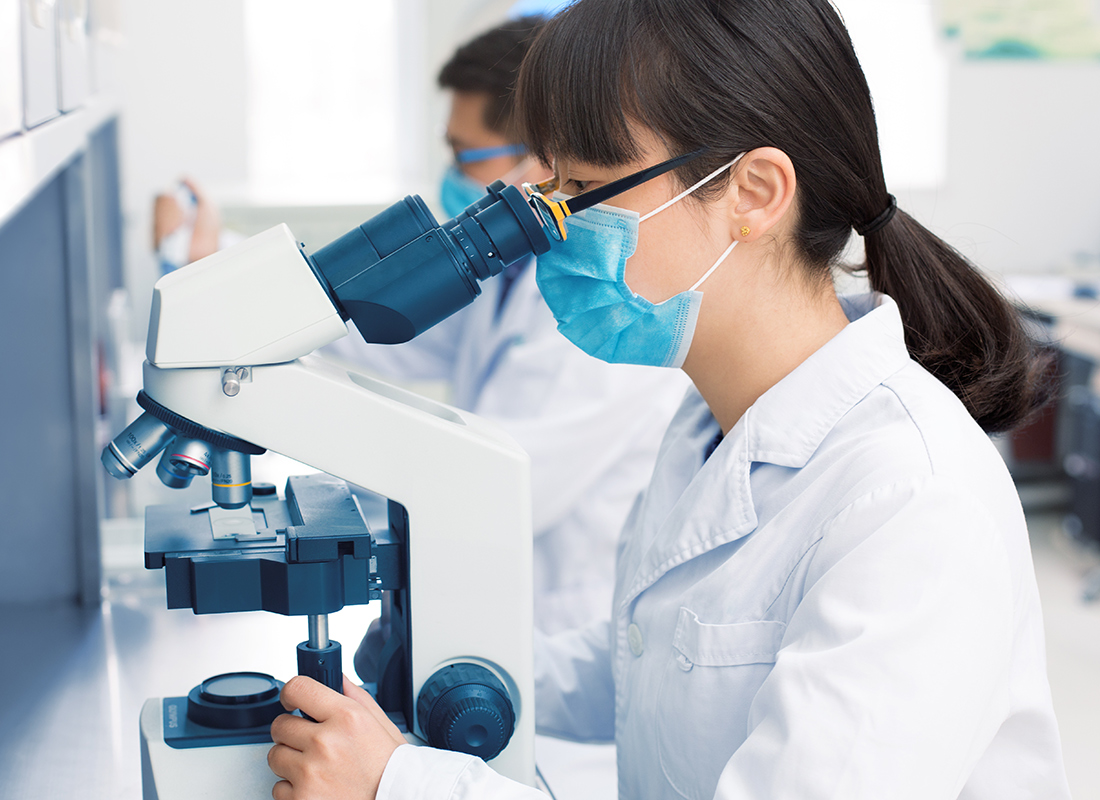 Microbiologist: Occupations in Alberta - alis
Are you passionate about preventing diseases? Do you like using equipment that lets you peer into hidden worlds? Then you may be able to slide into a career as a microbiologist.
Choose a guide...

Create New Guide What is an alis guide?
Close
Occupations in Alberta
©
iStockphoto/7postman

Microbiologists study the growth and characteristics of micro-organisms, such as viruses, bacteria, fungi, and parasites, and how they interact with the environment. Microbiologists develop medical and industrial applications in fields such as the food processing industry.

Microbiologists and Cell and Molecular Biologists

Microbiologists study the biochemical, physiological, and genetic aspects of micro-organisms, and how they interact. In general, they:

Microbiologists use a range of specialized equipment. Depending on the task, they could be working with incubator-shakers, fermenters, autoclaves, light and electron microscopes, epifluorescence or confocal microscopes. Other applications may call for centrifuges, gas chromatographs, high-pressure liquid chromatographs, mass spectrometry, electrophoresis units, thermocyclers, DNA sequencers, fluorescence-activated cell sorters, or phosphorimagers.

Fields of study are likewise wide ranging. They can include:

Microbiologists in the food, dairy and brewing industries may be involved in quality control. There, they propose sound laboratory and manufacturing practices.

Some microbiologists, particularly those in the environmental, agricultural, and veterinary sectors, may work outdoors in performing tasks such as obtaining samples. But most work is done indoors in a lab or with a computer.

Microbiologists must understand and follow detailed procedures. The pressure of having to meet project deadlines can be stressful.

Chemical injury or exposure to infection from pathogens is a routine risk, so safety procedures are a must. Preventive inoculations for diseases are not uncommon for medical microbiologists. Microbiologists working with human pathogens and toxins are required to self-monitor their health. They must clearly indicate their profession and work activities when entering into a medical consultation.

This chart shows which job skills are currently in highest demand for this occupational group. It was created using this occupation's 11 most recent Alberta job postings, collected between Oct 29, 2021 and Nov 03, 2022.

The minimum educational requirement is a 4-year bachelor of science (B.Sc.) degree in microbiology, cell biology, immunology, biochemistry or genetics with some background in chemistry. Those with a bachelor’s degree are qualified to work in the lab as assistants or technicians. A master’s degree or PhD is usually required for senior research positions. Microbiologists with a PhD can continue into post-doctoral fellowships.

Microbiologists who want to work in medical research laboratories or medical diagnostic laboratories should consider a B.Sc. degree in medical laboratory science or a B.Sc. plus a related 2-year diploma. Other forms of certification may be required for some positions.

Admission to graduate degree programs generally requires an acceptable average in the last 2 years of a related bachelor’s degree program.

For information on what you need and other details, visit the certification profile Biologist.

Microbiologists with a B.Sc. degree may work as technologists in post-secondary, government, or industrial laboratories. An M.Sc. degree offers the possibility for professional work in the same laboratory. Those with a PhD have the option of doing research or teaching at a university. They can also manage hospital (clinical) diagnostic microbiology laboratories or advance to senior scientific appointments in government or industry.

Advancement depends on the size and nature of the employing organization and the microbiologist’s qualifications.

Microbiologists are part of the larger 2011 National Occupational Classification 2121: Biologists and related scientists. In Alberta, 80% of people employed in this classification work in the following industries:

Microbiologists’ salaries vary considerably depending on responsibilities and qualifications. For example, the earnings for a technician with a B.Sc. degree will be different from a researcher with a PhD.