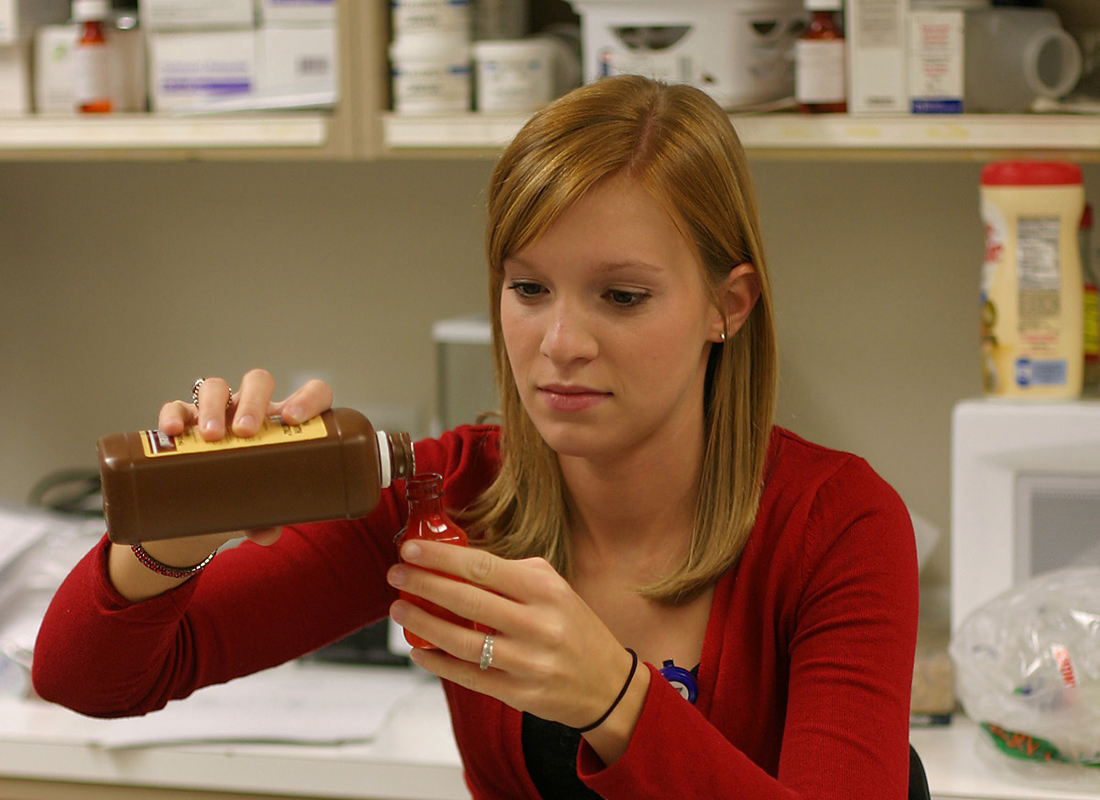 Pharmacy Technician: Occupations in Alberta - alis
Is being precise with instructions one of your strong points? Are you good at math and solving problems? Then you may want to dispense your talents into a career as a pharmacy technician.
Choose a guide...

Create New Guide What is an alis guide?
Close
Occupations in Alberta
©
iStockphoto/Mr_Jamsey

Pharmacy technicians work under the direction of pharmacists, where they compound, prepare, and dispense prescriptions and pharmaceutical products. They also provide services that promote health and wellness as well as safe and effective drug distribution.

Interest in assisting pharmacists by labelling drugs, chemicals and other pharmaceutical preparations, and by unpacking and storing supplies and verifying items received against invoices

Interest in compiling information to compound, mix and formulate ointments, solutions, lotions, mouthwashes and other medications under the supervision of pharmacists

Interest in handling scales, weights and measures to ensure correct amounts of ingredients are present in formulas and prescriptions

Pharmacy technicians work under the direction of a pharmacist. In general, they:

Pharmacy technicians have a range of other responsibilities depending on their work placement.

In neighbourhood pharmacies, they may:

In hospitals, pharmacy technicians may:

Whatever their placement, pharmacy technicians may also:

Pharmacy technicians often work shifts, including evenings, weekends, and holidays. Because conditions are at times stressful, the work is demanding. It requires both accuracy and efficiency to ensure patient safety. There is no room for error.

Pharmacy technicians are on their feet for long stretches. They may have to lift and move heavy objects.

This chart shows which job skills are currently in highest demand for this occupational group. It was created using this occupation's 97 most recent Alberta job postings, collected between Oct 27, 2021 and Feb 02, 2023.

The minimum education requirement for pharmacy technicians is a certificate or diploma from a training program accredited by The Canadian Council for Accreditation of Pharmacy Programs (CCAPP). Prospective pharmacy technicians should check the CCAPP website to ensure the program they intend to take is accredited.

Pharmacy technicians must also stay up to date with new products and practices.

Pharmacy technicians work under the direction of pharmacists to promote safe and effective drug distribution. They may gather and store prescription and patient information, repackage products, compound and dispense drugs, manage inventory, or teach the practice of pharmacy technicians.

Under Alberta’s Health Professions Act [pdf] and Pharmacists and Pharmacy Technicians Profession Regulation [pdf], registration with the Alberta College of Pharmacy (ACP) is mandatory if you meet identified competency requirements and provide professional services directly to the public. Registered members, who are authorized by the college, provide restricted activities specified in the regulation. Only registered members may call themselves pharmacy technicians, pharmacy technologists, dispensary technicians, or dispensary technologists.

For information on what you need and other details, visit the certification profile Pharmacy Technician.

Most pharmacy technicians are employed in community pharmacies or hospital or medical centre pharmacies. Some are employed by health insurance companies, third party billing centres (for example, Alberta Blue Cross) or related organizations such as pharmaceutical companies, drug wholesalers and pharmacy supply companies.

Most pharmacy technicians find placements in neighbourhood pharmacies, hospitals, or medical centres. They can also work for:

Depending on the size and nature of the organization, experienced pharmacy technicians may advance to supervisory positions.

Pharmacy technicians are part of the larger 2011 National Occupational Classification 3219: Other medical technologists and technicians (except dental health). In Alberta, 95% of people employed in this classification work in the following industries:

According to the Pharmacy Technician Society of Alberta (PTSA), there are about 1,450 practising pharmacy technicians in the province (2019 estimate).

In Alberta, the 3219: Other medical technologists and technicians (except dental health) occupational group is expected to have an above-average annual growth of 2% from 2019 to 2023. In addition to job openings created by employment turnover, 96 new positions are forecasted to be created within this occupational group each year.

The Pharmacy Examining Board of Canada (PEBC) website: www.pebc.ca