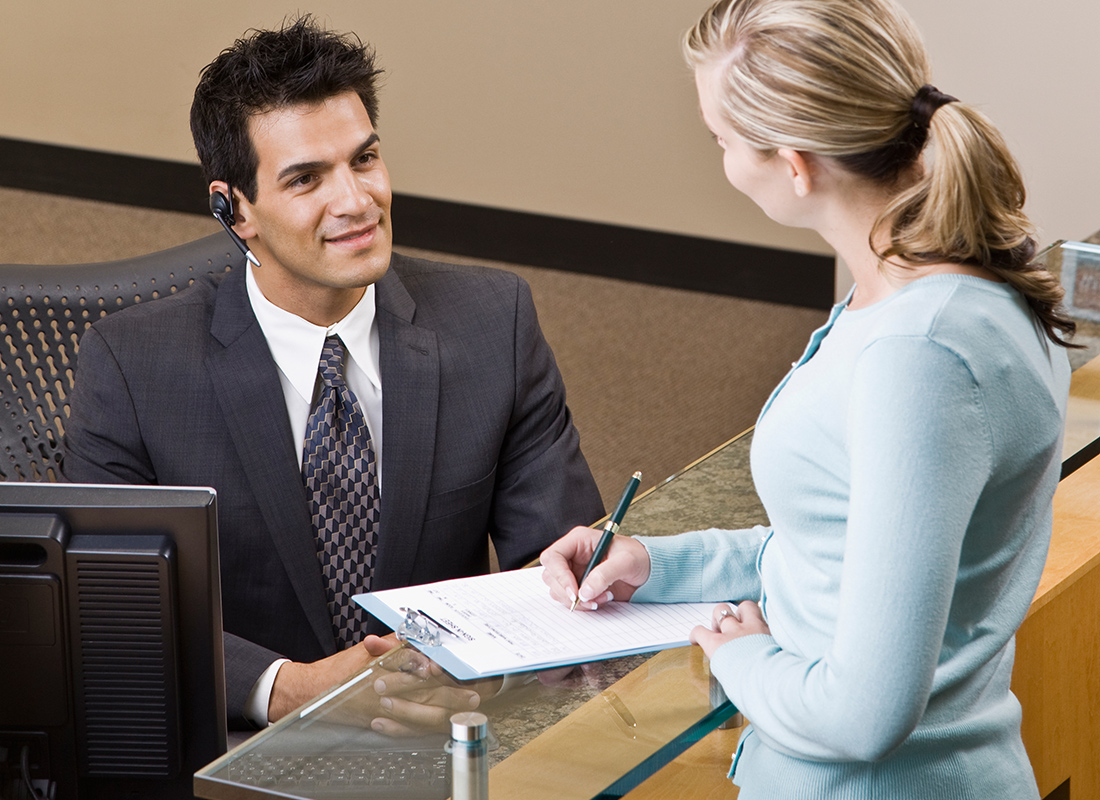 Receptionist: Occupations in Alberta - alis
Are you friendly and outgoing? Can you stay calm under pressure? Do unpredictable and diverse work environments appeal to you? Then you may welcome a career as a receptionist.
Choose a guide...

Receptionists provide a vital link between customers or clients and an organization’s staff and services.

Interest in compiling information to schedule appointments for employers; may perform clerical duties such as filing, and collecting and distributing mail and messages; may maintain security access lists

Interest in handling equipment such as telephones and computers; and in directing clients and customers to appropriate contacts and services; and may maintain front desk security

Duties vary from one position to another. In general, receptionists greet people entering offices, hospitals, and other establishments. They answer questions and direct visitors to appropriate people or services. They also:

Many receptionists work regular office hours. Evening and weekend work is required in hospitals and other establishments that are open for extended hours.

Receptionists interact with people from diverse backgrounds. Working with people and answering telephones can be hectic and stressful, especially when callers or customers are persistent or rude.

This chart shows which job skills are currently in highest demand for this occupational group. It was created using this occupation's 100 most recent Alberta job postings, collected between Jul 03, 2022 and Sep 26, 2022.

Receptionists need computer experience and knowledge of general office procedures. Specific educational requirements vary a great deal depending on the employer. Most employers prefer to hire applicants who have at least a high school diploma and related training or experience in dealing with the public.

Receptionists are employed in:

Some positions are part time.

Automated office equipment such as computers has not changed the nature of the work (communication with people). But increasing use of voice mail and email in many offices may reduce the number of jobs in which telephone answering is a major component of the work.

Receptionists are part of the larger 2011 National Occupational Classification 1414: Receptionists. In Alberta, 76% of people employed in this classification work in the following industries:

In Alberta, the 1414: Receptionists occupational group is expected to have an above-average annual growth of 2.7% from 2019 to 2023. In addition to job openings created by employment turnover, 588 new positions are forecasted to be created within this occupational group each year.

Salaries vary a great deal depending on the receptionist’s qualifications and  responsibilities.