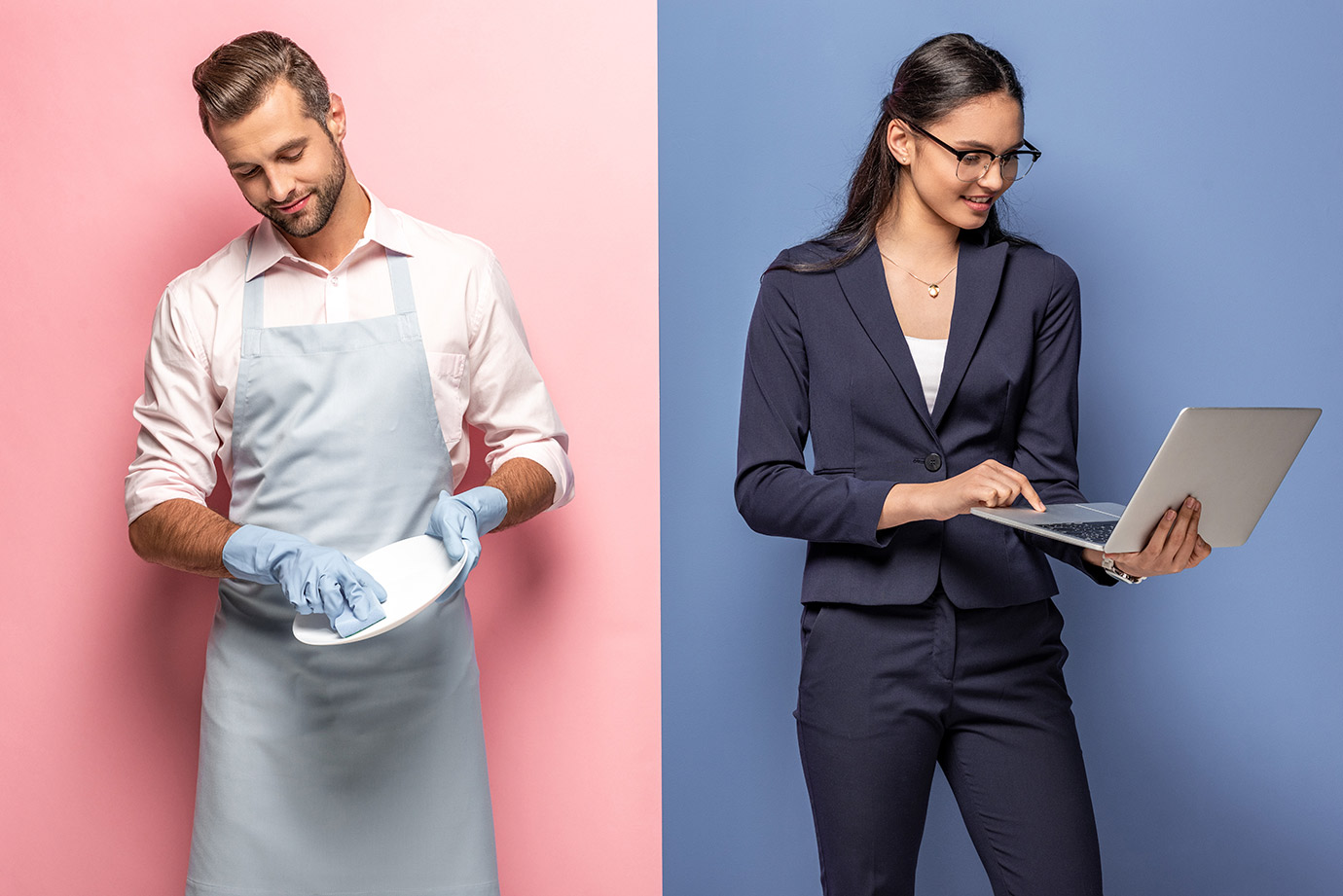 Create New Guide What is an alis guide?
Close
©
iStock.com/LightFieldStudios
Inspire
and Motivate
Counselling People Who Face Traditional Gender Issues
A A

Gender issues in the workplace continue to present both clients and counsellors with challenges. Women’s issues remain a focus for career counsellors. Meanwhile, emerging issues for men related to changing roles provide an additional focus and a new challenge.

Explore these articles to discover important context, effective practices, and ways to collaborate with employers when counselling people who face traditional gender issues in their careers.

The gendered workplace is an environment where traditional gender roles are upheld and expectations are rooted in assumptions that workers possess masculine qualities. This unconscious reinforcement of traditional gender divisions continues to support traditional roles.

The spinoffs of the gendered workplace include:

Men have traditionally received higher average earnings than women. Even accounting for similar education, industry, years of experience, and other factors, women still lag behind men in salary progression.

Counsellors need to be aware that the Alberta Human Rights Act specifically states: “Where employees of both sexes perform the same or substantially similar work for an employer in an establishment the employer shall pay the employees at the same rate of pay.” Employers must base any pay differentials on factors other than gender, such as experience, education, or job performance.

If your clients face the issue of not receiving equal pay for similar work, you can help by being as informed as possible. Knowledge of community resources will also be important.

Sexism affects women in the job search and workplace in a number of ways. Such views are often expressed in people’s attitudes. Here are some examples:

“Certain jobs are more appropriate for men than for women, and vice versa.”

In Alberta, as in most Western societies, more women than men are employed in health care and social assistance, educational services, accommodation and food services, and retail. These industries include occupations such as teaching, nursing, administration, sales, and service—traditionally female-dominated fields of work. This employment trend continues to reinforce the beliefs of some employers and workers that certain jobs are more suitable for women or men.

“Women are more emotional than men, and this causes problems in the workplace.”

Emotions are viewed subjectively, and there can be a gender component to how they are seen. For example, a man’s anger may be seen as assertive while a woman’s anger may be viewed as not co-operative. Yet both people could be reacting identically to the same situation.

Here are some examples of sexual harassment:

If your client reports the situation or does not play along, the harasser may try to get even in a variety of ways. Revenge may include threats or acts, such as:

In all cases, it will be important to help clients anticipate the consequences of any actions they may choose to take and to identify and plan their responses. You might help clients brainstorm their own approaches. You may also encourage clients to weigh some or all of the following options:

If the harassment continues after being reported, you can help the client make a complaint to the Alberta Human Rights Commission. The client must do this within 1 year of the event. It is against the law for the employer to take action against a person who makes a complaint in good faith.

“Traditionally a women’s issue, gender equality is gaining currency as both a men’s issue and a business issue, as work-life integration becomes increasingly important to both the people within the institution and the institution itself. Its attainment will be made possible by rethinking, reconceptualizing, and re-inventing organizations in line with gender equity.”

Counsellors can help clients investigate work opportunities to help them find satisfying work that supports all their life roles. This research may be especially important for clients who are likely to experience work-life conflict.

Child care is an issue for all working parents, but it continues to be thought of primarily as a women’s issue. When quality child care is not available, problems may surface at work, such as:

Parents with lower income may have fewer resources and more problems with child care. For single parents, particularly single mothers, the effects of these issues are compounded.

Since women are most often responsible for family child care arrangements, many employers fear that women may use their own sick leave to care for their sick children.

Some clients may seek the flexibility of part-time work and the greater work-life balance it can offer. However, you should help clients understand that part-time work may be less attractive because it offers:

You may have clients with part-time jobs who would prefer to work full time if they could. You might help them consider:

If more than 2 out of 3 workers in an occupation are of a specific gender, it is officially considered a non-traditional occupation for the other gender.

For men, entering a female-dominated occupation is often seen as a path toward lower status and lower financial rewards. As a result, they may face negative scrutiny and assumptions about their abilities, masculinity, and sexual orientation.

Men choosing non-traditional occupations give some of the following reasons for their choice:

For women, choosing to enter a male-dominated occupation is increasingly viewed as a positive career move. Often it offers more opportunities for status, pay, and advancement. As a result, a growing number of women are choosing non-traditional occupations.

Many non-traditional occupations for women in Alberta fall into categories such as:

Women in the trades

We Are Trades provides employers with actionable steps to establish a safe and inclusive workplace for women. The journey may not look the same for every workplace, but the goal is shared: to build a work environment where each person is valued and respected for their contributions.

A major hurdle for those who want to enter the trades is that the industry is not really interested in hiring starters. The industry wants more journeypersons, not more apprentices. This hurdle is a challenge for both women and men trying to enter the industry.

Women are still significantly under-represented in the trades. The rate of retention for women in trades is low, and the most common reason for leaving is the work environment. For women who stay, work in the trades offers a sense of pride and confidence.

Women considering the trades need to be aware that apprenticeship is a hierarchical system. The journeyperson supervises the work and training of the apprentices. The workplace is a traditional, male-dominated environment with related communication styles. For example, communication tends to be blunt, with no chit-chat or signs of weakness shown. The trades are also physically challenging.

“It got better once I showed them I was willing to work hard and do the same things they were doing—and not say 'Oh, I'm a girl, can you come help me?' It was hard for me because I wasn't that strong. But you develop that upper body strength. It doesn't take long when you work at it.”

Women interested in the trades may want to look into programs offered by Women Building Futures. This organization offers support and training for women who want to apprentice in the trades. They suggest these strategies:

For women accepted into apprenticeship, consider these approaches:

Finally, keep in mind that the trades are not for everyone. No matter how strong a woman is, it is not always possible to gain entry into the trades. But for women who embrace the rigours of training and can work in a compatible workplace, a career in the trades can be rewarding.