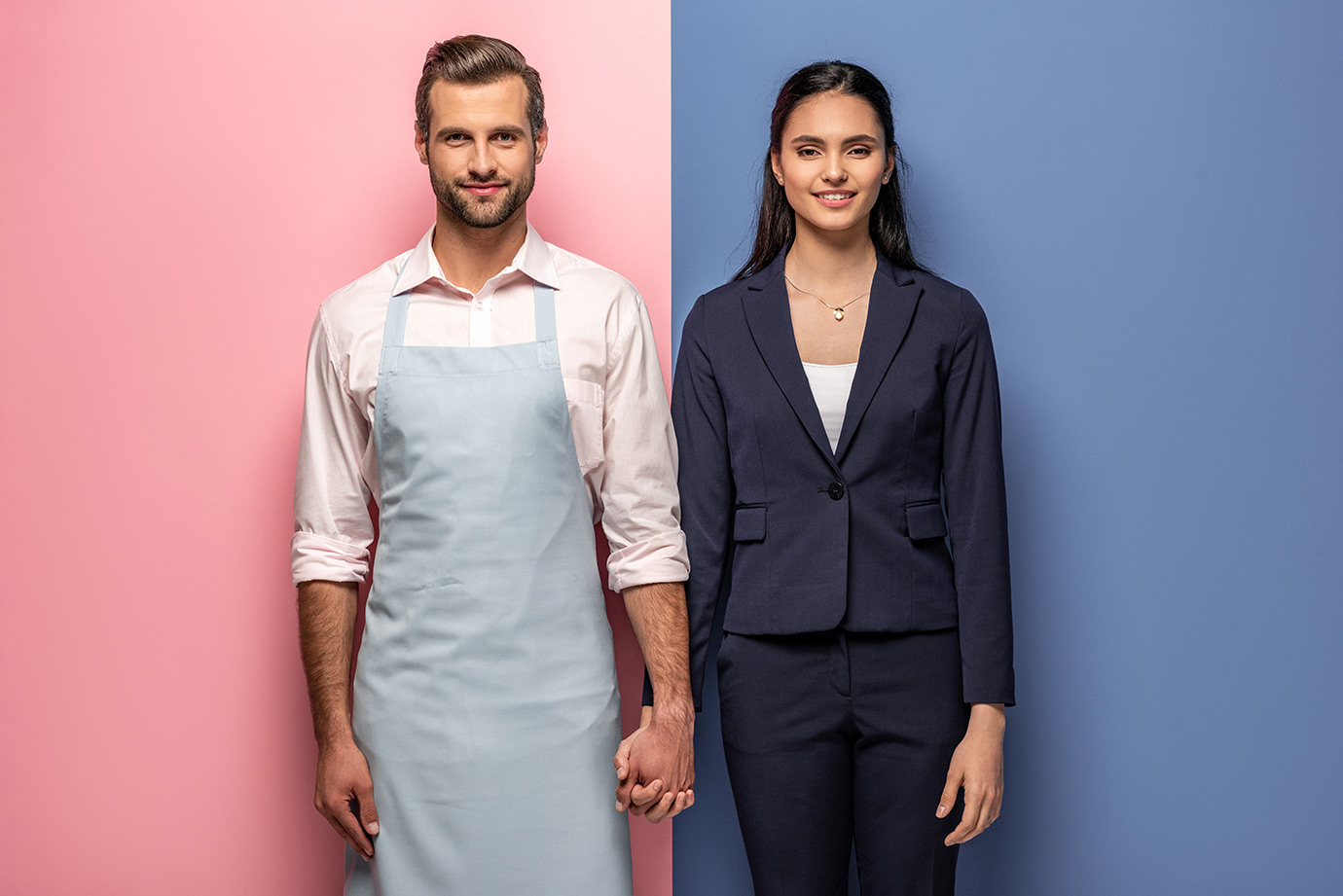 ©
iStock.com/LightFieldStudios
Inspire
and Motivate
What Works: Career-Counselling Strategies for Diverse Clients
A A

Over the course of their careers, women and men face different decisions, priorities, needs, and life roles. These are influenced by societal expectation and personal experience. The ways people imagine future roles and possibilities are strongly influenced by the people around them and the culture they live in.

Traditional beliefs and expectations about gender may cause problems for clients in many situations:

The different ways in which men and women pursue goals have advantages and disadvantages. Women who pursue multiple goals at the same time may have more resilience when certain goals are blocked or frustrated. But they may also experience more conflict due to feeling they must reach many major life goals in a short time frame.

Men, who often pursue a smaller number of goals, may be more psychologically vulnerable if some or many important goals are blocked. But men may also experience less conflict because they feel that they have a longer time frame to reach their major life goals.

The number of women participating in occupations traditionally held by men has increased dramatically. But the distribution remains uneven. Many more women are becoming doctors and lawyers, but not as many are becoming engineers. And while more men are entering occupations traditionally held by women, such as nursing, the increase has not been as large.

Experts attribute this discrepancy to continued value differences in modern society. Women tend to give altruistic reasons for their occupational choices. Men are more likely to relate these choices to their interests. Relational values (concern for others) are important to female students in more traditional majors, such as nursing and social work. On the other hand, female students in non-traditional majors, including engineering and science, tend to value achievement, responsibility, independence, and financial prosperity.

Because women and men are not equally represented in different occupations, changes in the labour market can affect them differently. For example, women were more likely to be unemployed during the COVID-19 pandemic. The reason is that more women work in tourism, retail, and food service roles, which the pandemic affected heavily. Women also experienced more burnout because they tend to work in nurturing roles, such as nurses and teachers, that were more intense during the pandemic. As a result, the macroeconomic impact of the pandemic has been called a “she-cession” rather than a more equal recession.

While the aptitudes of males and females are statistically very similar, self-assessments of task competence often differ. Males tend to choose occupational areas requiring mathematical competence (engineering, science, math) much more often than females. This is owing, in part, to more confidence in their mathematical skills compared to women who have identical math grades and test scores.

This difference in self-assessment is not the same in all areas. Cultural beliefs influence men’s and women’s self-perception of competence differently in different areas. For example, females tend to have more confidence in their verbal abilities than males with the same skills.

Women continue to have a greater tendency to identify with their family roles. They often adjust their professional and career identities to accommodate their family identities but rarely the other way around. However, as the scope of those professional identities is growing, women need to do more juggling of roles. They increasingly combine traditional family-oriented values with newer career-oriented values. Men have been slower to make the equivalent value changes.

Women often still need to perform in an array of life roles. These may include spouse, daughter, friend, mother, home manager, and volunteer in the community, school, and church. Many women feel pressured to live up to an external ideal of how these roles should be carried out. As the new career-oriented role is simply added to the traditional roles, without anything being removed or reduced in scope, burnout becomes a real concern.

Earlier literature reflects the view that women shoulder the bulk of family demands. But the role of caregiver is no longer as strongly tied to gender as it was in the past. Overall, mothers and fathers who take part in child care spend about the same amount of time each week on child care activities. When both parents work, they tend to arrange their work schedules so they can share child care with their partner. Similarly, men and women with elder care responsibilities spend about the same amount of time per week on elder care activities.

Burnout is a state of mental, physical, and emotional exhaustion often experienced by people in emotionally demanding situations. This state typically results from a burden of chronic daily stresses rather than being triggered by a single critical event. People with severe burnout often show symptoms of depression.

Burnout appears to be related to responsibility for taking care of dependents, including children and seniors. For women, it is also related to job type (for example, management and professional roles). Gender also seems to be a factor: when job type and care of dependents are controlled factors, women still report higher levels of burnout than men.

Here are some trends to consider when working with clients in families where both parents work:

The lives, relationships, and work of women and men have changed dramatically over the years. However, many views of gender roles, based on beliefs about gender differences, have not.

“The contradiction at the heart of fatherhood for successful providers was that providing was no longer equated with success as a parent or partner. Too much commitment to providing could limit and even harm paternal involvement. This realization was unacceptable to some successful providers.”

The good provider role, traditionally assumed by men with families, has given meaning and structure to men’s lives for generations. The act of providing includes offering financial and material support to one’s family. This role is often taken for granted as part of men’s sense of successful fatherhood.

With most adult women in Western societies now in the workforce, few men are still the sole provider for their family. The result has been a collapse of the traditional good provider pattern in male identities. Men may no longer see themselves as the good providers that their fathers were and that they expected themselves to be. Many men still emphasize work and individual accomplishment over emotional intimacy and family involvement. So this change creates an identity conflict that calls into question their traditional sense of masculinity.

Many men may feel pressure related to the good provider role. This pressure adds to the distress men experience when they are laid off or lose their job for any reason. Job loss complicates their personal sense of identity as well as the balance of relationships in their lives with partners and children. You may want to provide these clients with alternative views, such as the expansionist theory.

An alternative view of the good provider role is the expansionist theory. This theory may be more representative of the current situation of men and women. It argues that having multiple roles brings psychological benefits to both men and women. The theory is based on these ideas: