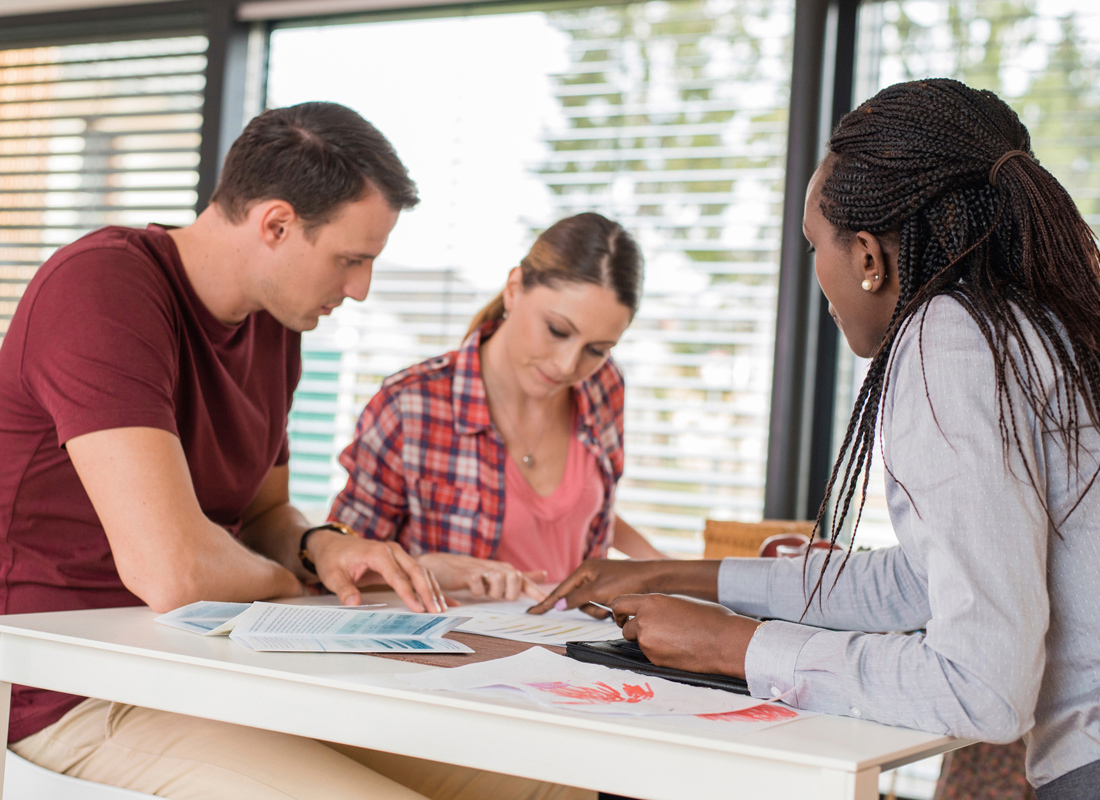 Credit/Debt Counsellor: Occupations in Alberta - alis
Are you interested in helping people with their finances? Are you a money and budgeting guru? Then a career as a credit / debt counsellor may pay off for you.
Choose a guide...

Credit / debt counsellors provide advice on personal money management, offer mentorship on how to use credit wisely, and help individuals recover from financial crises such as out-of-control debt, or significant changes in employment or income.

Interest in obtaining information from clients such as bank account records, pension plan and other employee benefit-package information, tax records, insurance policies and related documentation; may also arrange for sale of financial products and investments depending on licence held, and monitor portfolios to ensure quality and profitability

Credit / debt counsellors may also hold one-on-one sessions, group sessions, or seminars to provide training on how to use money and credit wisely.

Credit / debt counsellors may work on their own or as part of a team. They may be self-employed or work for a large corporation or not-for-profit organization. They may work regular office hours with some evenings and weekends, or they may work shifts. They may work in call centres, where shift work is common.

Credit / debt counsellors sometimes encounter clients who are anxious or irate. Training programs offer instruction for dealing with difficult clients. Most counsellors develop effective skills through experience. Those just starting out may find a corporate setting better for learning and support than a smaller organization or self-employment.

They should enjoy teaching, helping people, and keeping up with industry developments.

Educational requirements for this occupation vary. Some employers provide on-the-job training. However, most prefer to hire individuals with an undergraduate degree in a related field. This could be a “numbers” subject such as accounting, finance, or economics. Or it could be a social science such as psychology, social work, human ecology, or counselling.

Knowledge of consumer issues and community resources is an asset.

However, completing a voluntary accreditation program can show that a person has the integrity, training, knowledge, and unique skills that credit / debt counsellors require to do their jobs well. Taking  part in voluntary certification may enhance employment and advancement opportunities.

Some designations for credit / debt counsellors include:

Each of these designations requires continuous education to maintain certification.

Most credit / debt counsellors work for not-for-profit credit counselling or debt management organizations. Others may be self-employed or employed by:

Credit / debt counsellors work closely with people and with confidential financial information. Employers may require a criminal record check as a condition of employment.

Experienced credit / debt counsellors who work at financial institutions may become credit managers. Those who work for credit counselling organizations may advance to director or manager roles.

In the 1114: Other financial officers occupational group, 82.9% of people work in:

In Alberta, the 1114: Other financial officers occupational group is expected to have a below-average annual growth of 1.6% from 2019 to 2023. In addition to job openings created by employment turnover, 233 new positions are forecasted to be created within this occupational group each year.

Employment turnover is expected to increase as members of the baby boom generation retire over the next few years. Turnover is often higher in major cities. It may also increase during periods of economic downturn.