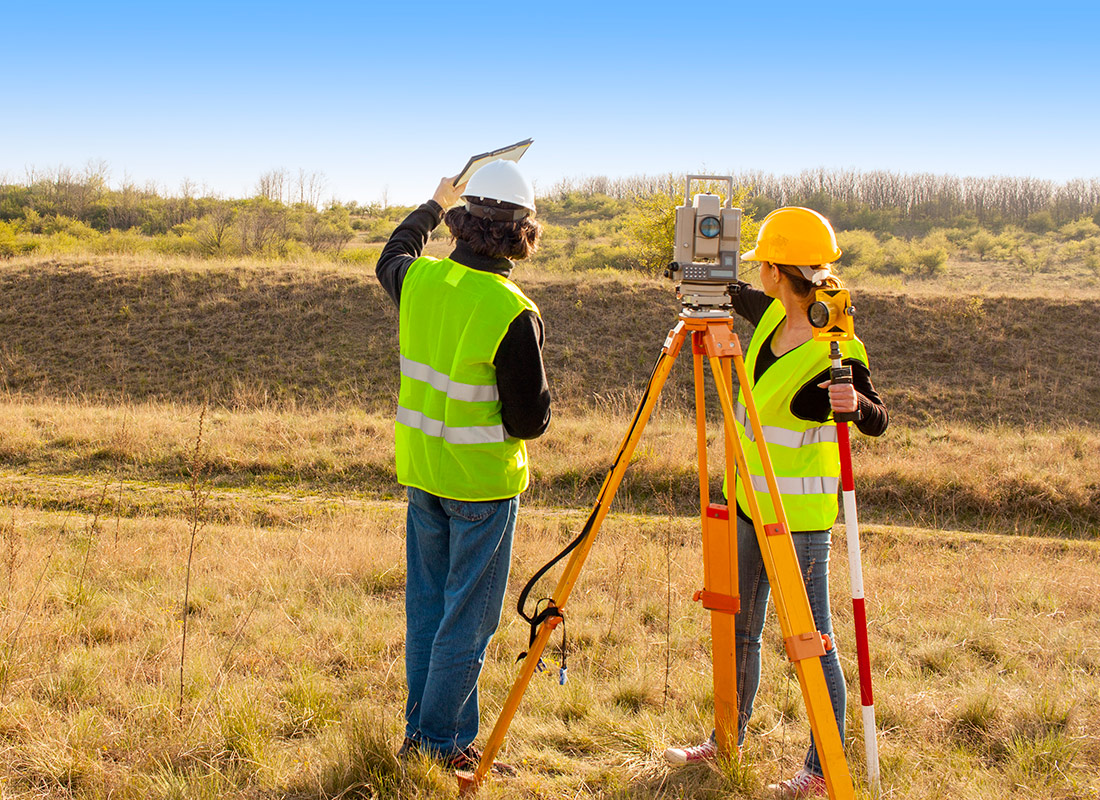 Land Surveyor: Occupations in Alberta - alis
Do you like working outdoors? Does being part of road construction or housing developments interest you? Is accuracy important to you? If you have good math and computer skills, you may push your boundaries into a career as a land surveyor.
Choose a guide...

Land surveyors plan, direct, and conduct legal surveys. They determine and interpret the location of boundaries, buildings, structures, and other natural or built features. These features may be on, over, or under the surface of the earth.

Interest in precision working with GIS, GPS, CAD and other systems and equipment to record measurements and other information and to prepare survey data, plans, charts, records and documents

Interest in supervising the preparation and compilation of data, plans, charts, records and documents; and in certifying and assuming liability for surveys

Land surveyors use special electronic equipment to survey land, water, and air space. This equipment includes global navigation satellite systems (GNSS). They determine or establish boundaries, or anything relative to a boundary, to identify and certify its location. They also provide positioning for construction, mapping, and other activities.

Land surveyors and their assistants determine or establish boundaries by:

The information they gather determines the location, limits, and boundaries of:

Land surveyors work indoors in office settings and outdoors in urban and rural locations. Those in a management role spend most of their time in offices. They may need to lift up to 10 kilograms.

This chart shows which job skills are currently in highest demand for this occupational group. It was created using this occupation's 12 most recent Alberta job postings, collected between Feb 23, 2022 and Sep 26, 2022.

Land surveyors plan, direct, and conduct legal surveys to determine and interpret the location of boundaries, buildings, structures, and other natural or human-made features on, over, or under the surface of the earth.

If you are not registered with ALSA, you may work in this field only under the supervision, direction, and control of an Alberta Land Surveyor.

For information on what you need and other details, visit the certification profile Land Surveyor.

Most land surveyors work for surveying and geomatics firms. Some registered Alberta Land Surveyors establish their own surveying companies or become shareholders in existing ones.

In Alberta, the 2154: Land surveyors occupational group is expected to have an above-average annual growth of 2.1% from 2019 to 2023. In addition to job openings created by employment turnover, 39 new positions are forecasted to be created within this occupational group each year.

Canadian Board of Examiners for Professional Surveyors (CBEPS) website: www.cbeps-cceag.ca