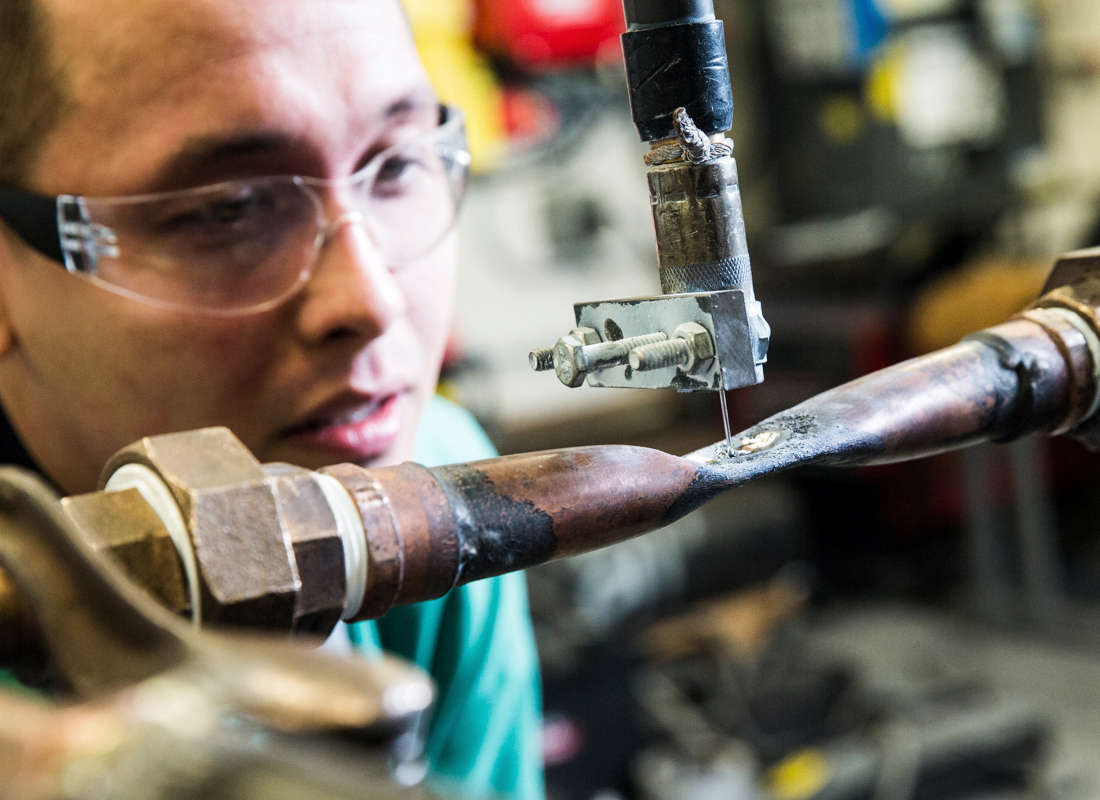 Materials Engineer: Occupations in Alberta - alis
Do you like working with metals? Do you have a natural sense of curiosity? Do you enjoy doing research? Then you may want to develop a career as a materials engineer.
Choose a guide...

Interest in synthesizing information to design, develop and specify the processes for moulding, shaping, forming and thermal treatment of metals, alloys and metallic systems ceramics, semiconductors and other materials

Interest in precision working to conduct chemical and physical analytical studies, failure analyses and other studies and operational testing

Interest in supervising technologists, technicians, other engineers and scientists; and in recommending material selection, design of materials, corrosion-control measures, operational testing and other procedures

Materials engineers can be grouped into three areas.

Physical metallurgical materials engineers study the nature, structure, and properties of metals and their alloys. They study how metals respond to applied forces and heat treatment.

Materials selection engineers study how metals, plastics, ceramics, or other materials work. They use these materials in different ways. They consider technical and economic factors. They also study what causes materials to fail.

Materials engineers may work in offices, plants, labs, field sites, or a mix of these settings. Senior engineers may spend more time in an office setting. They often work as managers.

To work as a materials engineer, a person must have at least a bachelor’s degree. This should relate to engineering of materials, metals (metallurgical), or welding. It could also be a B.Sc. in materials science. Research positions generally require graduate (master’s or doctoral) degrees.

Materials engineers who have worked in production may move into sales. They may also move into positions that deal with customer complaints.

More and more materials engineers work for consulting firms or in research and development. They resolve a wide range of problems. For instance, they may explore the way molten metal interacts with brick furnace linings. Or they may research the failure of thin-film circuit elements in microelectronic components. With time on the job, they may advance to work as managers.

In the 2142: Metallurgical and materials engineers occupational group, 80.3% of people work in:

In Alberta, the 2142: Metallurgical and materials engineers occupational group is expected to have a below-average annual growth of 0% from 2019 to 2023. In addition to job openings created by employment turnover, 0 new positions are forecasted to be created within this occupational group each year.