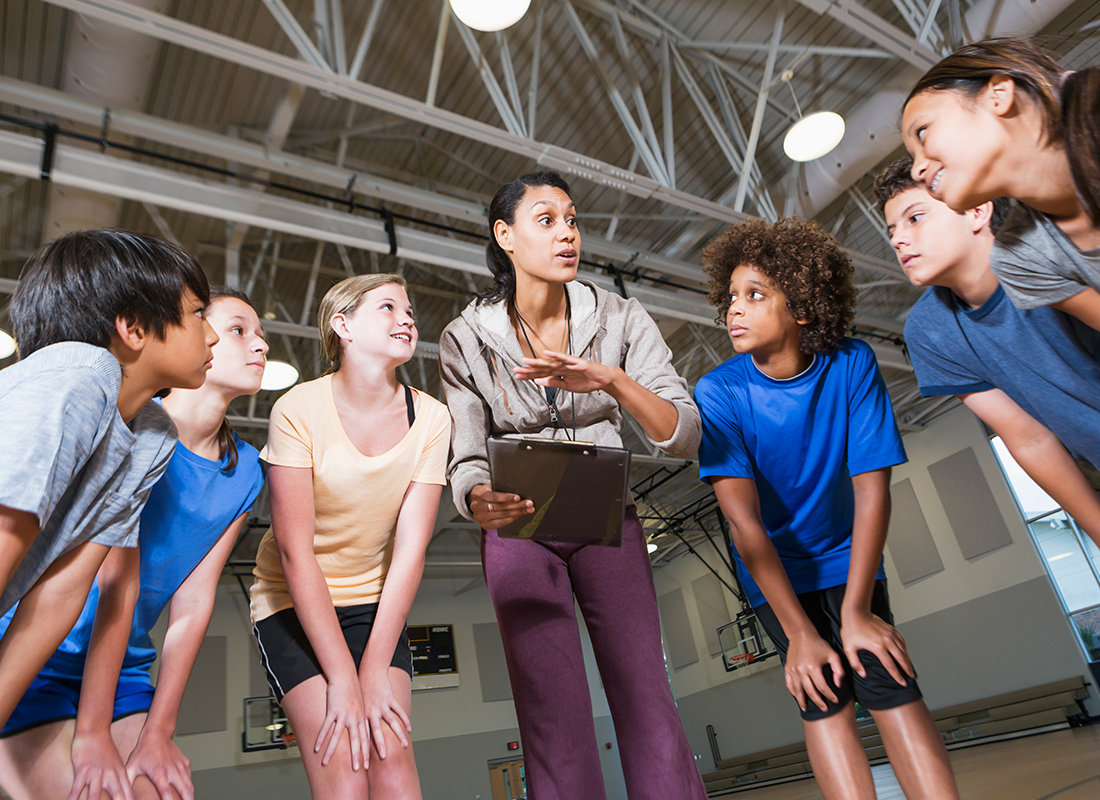 Coach: Occupations in Alberta - alis
Do you love sports? Do you like being a leader and know how to boost the confidence of others? Then you may find a competitive advantage in a career as a coach.
Choose a guide...

Coaches identify, train and retain athletes by providing the environment, instruction and mentorship that allows them to reach their potential. Their job titles often reflect their sport (for example, hockey coach, baseball coach, swim coach, figure skating coach). They also may reflect the coach’s position relative to other coaching staff (such as head coach or assistant coach).

Interest in co-ordinating information to develop, plan and organize competitive schedules and programs; and in developing game plans and in directing athletes and players during athletic events

Interest in instructing athletes; and in nurturing and developing athletes' potential skills and abilities, and in motivating and preparing athletes and teams for competitive events

Interest in analyzing and evaluating athletic and team performance; and in modifying training programs

Coaches direct athletes’ physical and mental training. They conduct regular practices and develop strategies for competitions. Their duties and responsibilities vary depending on the sport and level of competition. However, in general, coaches:

During the pre-season, coaches:

During the season, coaches continue to direct fitness programs, conduct practices and analyze performance. They also:

In the off-season, coaches may:

In some sports, there is no off-season and coaches have year-round responsibilities.

Coaching can be a rigorous, high-pressure, demanding occupation. Coaches often face criticism from the public and media, particularly if their team or one of their athletes performs poorly. The stability of a coaching position often depends on the performance of the team or athlete. In professional sports, it can also depend on box office or gate receipts. In recent years, when a player has been caught using sport enhancements, responsibility has been placed on the coach as well as the player.

Coaches in paid positions often work long, irregular hours and travel extensively. They often work evenings, weekends and holidays, when games and competitions most often take place. Depending on the sport, they may work indoors or outdoors. When they work outdoors, they may sometimes work in adverse weather conditions.

In addition, they should model an active lifestyle and ideally be physically fit. They need to be:

They should enjoy observing and assessing athletes’ skills, working with people and directing the work of others.

Most sport organizations have a formal screening process for coaches. In general, the preferred qualification is NCCP certification (see below) combined with a bachelor’s degree in physical education or kinesiology (for more information, see the Kinesiologist occupational profile). However, preferred qualifications vary a great deal. Prospective coaches are strongly advised to obtain detailed information from the pertinent provincial sport association or national sport federation.

The National Coaching Certification Program (NCCP) provides training and certification in 66 different sports. All types of coaches, from first time coaches to head coaches of national teams, can take the program. There are 3 streams and a total of 8 contexts, each with its own coaching requirements. Each sport identifies how many of the 8 contexts pertain to their sport.

Coaches of university or college teams usually need a bachelor’s or master’s degree in physical education or kinesiology, with an emphasis on coaching. Their responsibilities often include teaching related post-secondary courses.

Certification is not required, as no legislation currently regulates this occupation. However, various national or provincial sporting associations expect coaches to achieve and maintain Registered Coach status of Chartered Professional Coach (ChPC) designation. For details, see the Coaching Association of Canada (CAC) website.

Most coaches are volunteers. Those in paid positions usually work on a contract basis for:

With a related degree, coaches can become teachers, sport administrators or coaching consultants. Some coaches work in public relations and marketing.

In Alberta, 83% of people employed as coaches work in the following industries:

In Alberta, the 5252: Coaches occupational group is expected to have a below-average annual growth of 1.6% from 2019 to 2023. In addition to job openings created by employment turnover, 39 new positions are forecasted to be created within this occupational group each year.

Some volunteer coaches receive an honorarium. Coaches in paid positions often receive salaries based on their history of sporting achievements (as coaches or athletes) and the required certification level. Salaries vary greatly from one sport to another and from one level of sport to another.