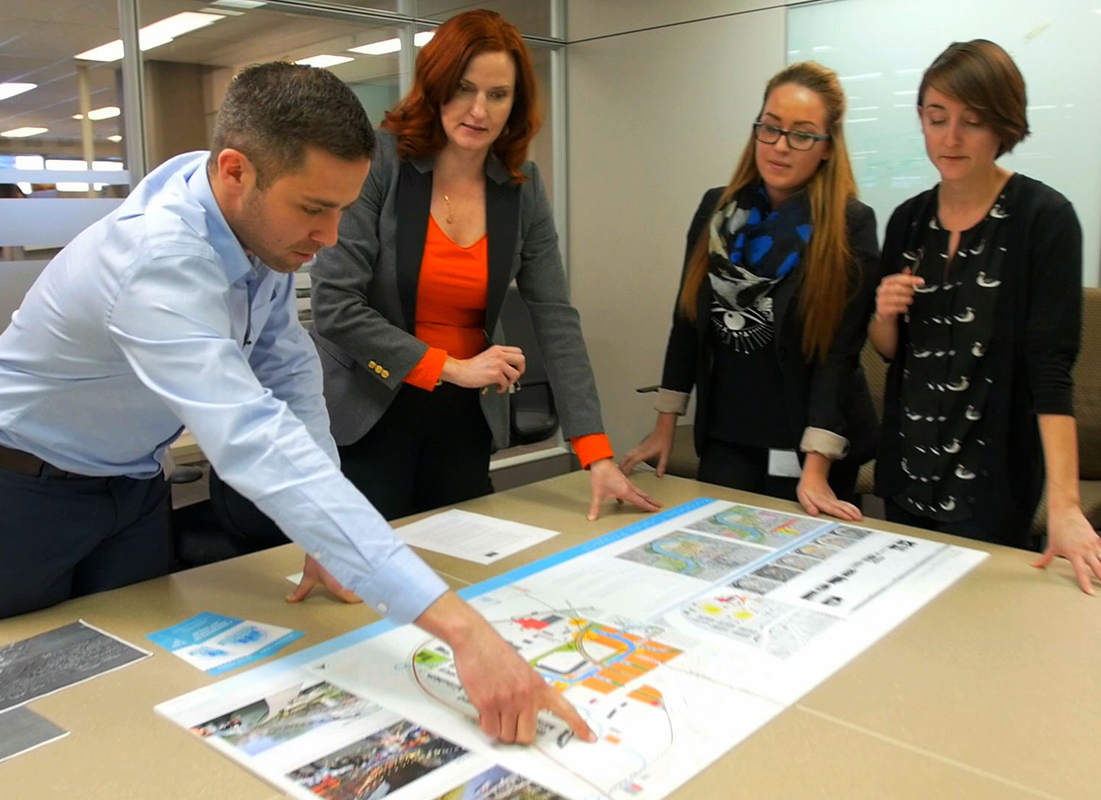 Community Planner: Occupations in Alberta - alis
Are you passionate about making communities better places to live? Do you have good problem-solving skills and the ability to see all sides of an argument? Then you may want to plan a future as a community planner.
Choose a guide...

Interest in synthesizing information to review and evaluate proposals for land use and development plans and prepare recommendations, and to develop long-range objectives for future land use

Interest in precision working to prepare land development concepts and proposals for presentation to civic, rural and regional authorities; and in holding public meetings to present plans, proposals and studies to the general public and special interest groups

Interest in supervising and co-ordinating the work of urban planning technicians and technologists; and in processing applications for land development permits and administering land use plans and zoning by-laws

Most planners work standard office hours in an office environment. Occasionally, they may work evenings or weekends to meet project deadlines or attend meetings. These could include consultation with other professionals or with stakeholders.

Planners often are expected to make site visits to locations proposed for development, redevelopment, conservation, or other uses.

They should enjoy synthesizing information, developing innovative proposals, and presenting plans and proposals. They should be comfortable collaborating with others.

For this reason, planners may come from a variety of academic backgrounds. Some have a master’s of planning (M.Plan) degree or equivalent. Others have a bachelor of arts (BA) or bachelor of science (B.Sc.) degree in planning or a related discipline. Related fields could include urban studies, urban and regional planning, or geography.

Community planners study the social, economic, political and physical conditions of urban and rural communities, and lead efforts to adapt to and manage forces that affect communities, regional landscapes and resources.

For information on what you need and other details, visit the certification profile Community Planner.

Community planners may work for:

Experienced planners may advance to management positions such as planning director. Planning directors supervise other planners, advise and assist in developing policies, and may serve on planning boards.

Community planners are part of the larger 2011 National Occupational Classification 2153: Urban and land use planners. In Alberta, 78% of people employed in this classification work in the following industries:

In Alberta, the 2153: Urban and land use planners occupational group is expected to have a below-average annual growth of 1.6% from 2019 to 2023. In addition to job openings created by employment turnover, 39 new positions are forecasted to be created within this occupational group each year.

Urban and land use planners