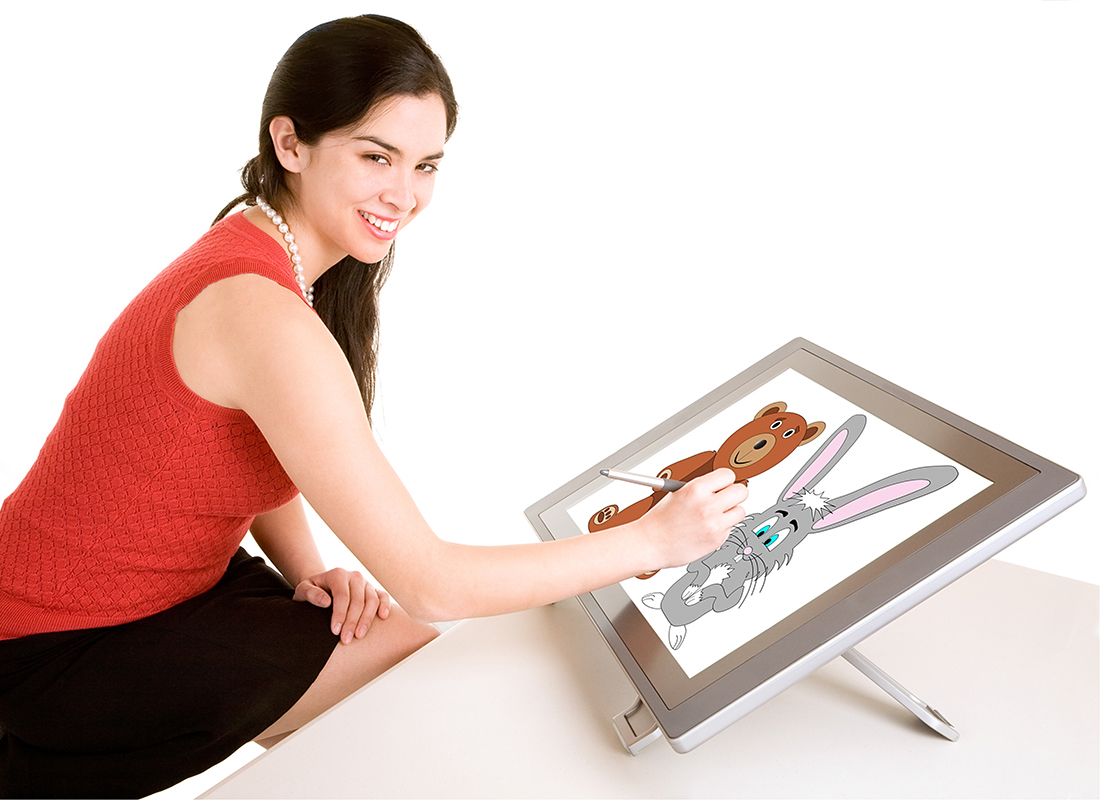 Cartoonist: Occupations in Alberta - alis
Do you love drawing cartoons and have creative talent? Do you have a great imagination? Then why not see if you can picture yourself in a career as a cartoonist?
Choose a guide...

Cartoonists are artists who create cartoon-style illustrations for a variety of media.

Interest in synthesizing information to prepare sketches, layouts and graphic elements of the subjects to be rendered using traditional tools, multimedia software and image processing, layout and design software; and in determining the medium best suited to produce desired visual effects and most appropriate vehicle for communication

Interest in precision working to co-ordinate all aspects of production for print, audio-visual and electronic materials such as Web sites, CD-ROMs and interactive terminals; and in estimating costs of materials and time to complete designs

Interest in consulting with clients to establish the overall look, graphic elements and content of communication materials in order to meet their needs; in supervising other graphic designers or graphic arts technicians, in co-ordinating the work of sub-contractors, and in working in a multidisciplinary environment

Cartoonists are probably best known for creating comic strips, comic books and children's animated television shows. However, cartoons appear in and on all types of media including:

Many cartoonists specialize in a particular type of cartoon:

Cartoonists work most often in well-lit offices or studios. Self-employed cartoonists often work from home. They work at drawing boards or computers and may sit for long periods of time. They must deal with the constant pressure of deadlines and continually coming up with fresh ideas.

Editorial cartoonists also need a satirical sense of humour and to be keen, analytical observers of news events.

All cartoonists should enjoy:

This chart shows which job skills are currently in highest demand for this occupational group. It was created using this occupation's 82 most recent Alberta job postings, collected between Oct 27, 2021 and May 27, 2022.

Many successful cartoonists are self-taught. However, formal art training and computer skills are helpful. A strong writing background is also an asset, particularly for strip cartoons. Editorial cartoonists need some knowledge of political history.

To be able to suggest cartoon ideas for advertising that will help promote a client's product or service, cartoonists must keep up to date with publicity and marketing trends.

Post-secondary schools throughout the province offer fine art and visual communications programs that can provide a good foundation for cartooning.

After completing basic art training, many cartoonists start by apprenticing with a well-known cartoonist at an advertising agency, design studio or newspaper. Practice is essential to develop a portfolio of work to show potential employers. Cartoonists are advised to ask for constructive criticism from people in the business.

Developing an individual style that is recognizable helps to build a cartoonist's reputation.

Visual College of Art and Design of Calgary

Most cartoonists work on a freelance basis. They may work for:

Some editorial cartoonists are employed full-time by major newspapers and magazines. Often their work is transmitted electronically to several newspapers at one time.

Cartooning is a very competitive field that is difficult to enter. Freelance cartoonists must spend a lot of time marketing their drawings and ideas to potential employers. They often need to develop a working relationship with 10 or more clients who provide regular work in order to make a modest income. Some cartoonists also work as illustrators or graphic designers. For more information, see the Illustrator and Graphic Designer profiles.

Cartoonists are part of the larger 2011 National Occupational Classification 5241: Graphic designers and illustrators. In Alberta, 76% of people employed in this classification work in the following industries:

In Alberta, the 5241: Graphic designers and illustrators occupational group is expected to have an average annual growth of 1.9% from 2019 to 2023. In addition to job openings created by employment turnover, 116 new positions are forecasted to be created within this occupational group each year.

Cartoonists may earn very little money. But if they become well known, they may earn a great deal. A few very successful cartoonists syndicate their work.