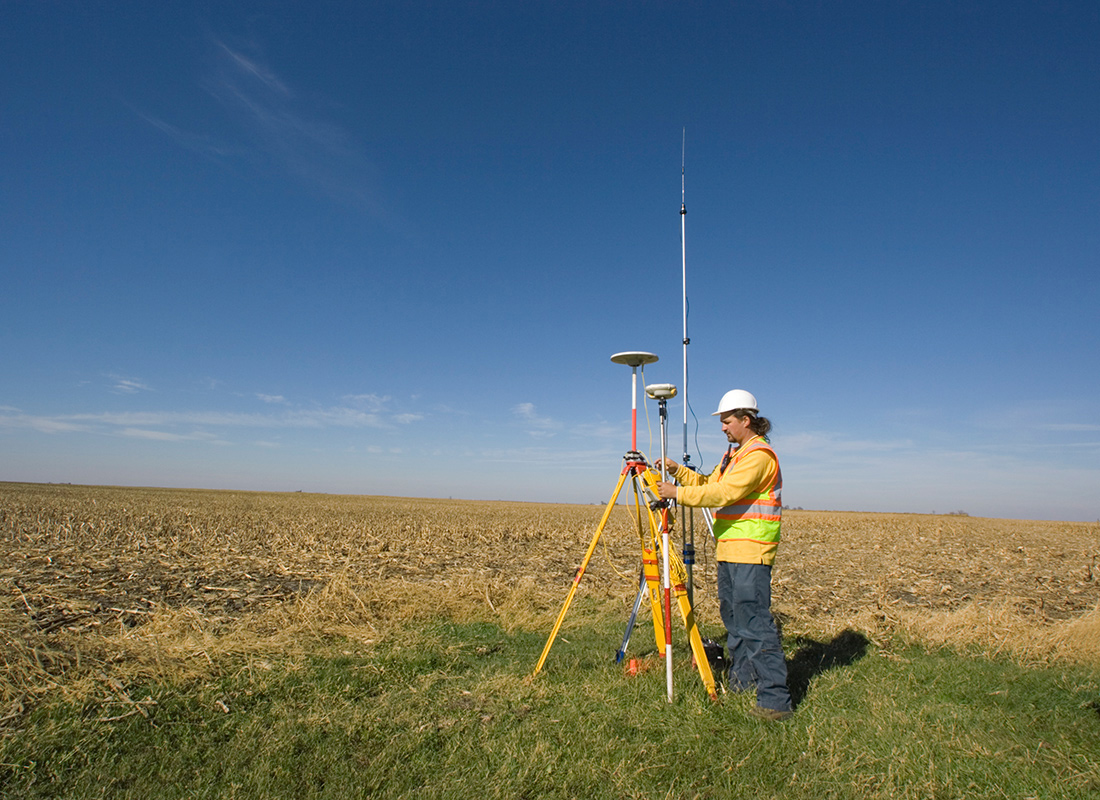 Geomatics Technologist: Occupations in Alberta - alis
Do you have good math and observation skills? Do you enjoy working with computers and other instruments? Does working outdoors appeal to you? Then you may want to survey a career as a geomatics technologist.
Choose a guide...

Create New Guide What is an alis guide?
Close
Occupations in Alberta
©
iStockphoto/benkrut

Geomatics technologists carry out or take part in field surveys, office calculations, and planning. They search for the exact locations of natural features and human-made structures on the Earth’s surface, underground, and under water. They define the positions of these features in relation to each other.

Interest in analyzing latitude, longitude and angles to plot features, contours and areas; and in assisting survey engineers and professional surveyors to develop methods and procedures for conducting field surveys

Geomatics technologists work alone and in teams. They may work with:

They work indoors creating and studying data. They work outdoors conducting surveys in all weather conditions. They may need to travel extensively, sometimes to remote areas.

This chart shows which job skills are currently in highest demand for this occupational group. It was created using this occupation's 15 most recent Alberta job postings, collected between Mar 03, 2022 and Nov 14, 2022.

The recommended background for geomatics technologists is a 2-year diploma in geomatics engineering technology. It is possible but not common to learn on the job and take related courses part time.

A fifth level of certification, registered survey technologist, is under development.

Applicants are certified based on a combination of education and experience gained in the surveying and mapping industry. In general, the more related education an applicant has, the fewer the years of experience required for certification.

All certified member applications are reviewed by:

Additional certification options are available from other organizations.

Certified Engineering Technologists apply industry-recognized codes, standards, procedures, and practices to solve problems within their areas of expertise. Depending on their duties, they may need to be supervised by a Professional Engineer, Professional Geoscientist, or Professional Technologist (Engineering / Geoscience).

You do not have to register if you do not call yourself a Certified Engineering Technologist.

For information on what you need and other details, visit the certification profile Certified Engineering Technologist.

For information on what you need and other details, visit the certification profile Professional Technologist (Engineering or Geoscience).

Geomatics technologists may be promoted to supervisor and be responsible for other technologists. They may also move into data processing, drafting, or project management. Technologists can become land surveyors if they pursue further education and training. Tto learn more, see the Land Surveyor occupational profile.

In the 2254: Land survey technologists and technicians occupational group, 75.7% of people work in:

In Alberta, the 2254: Land survey technologists and technicians occupational group is expected to have an above-average annual growth of 2.3% from 2019 to 2023. In addition to job openings created by employment turnover, 96 new positions are forecasted to be created within this occupational group each year.