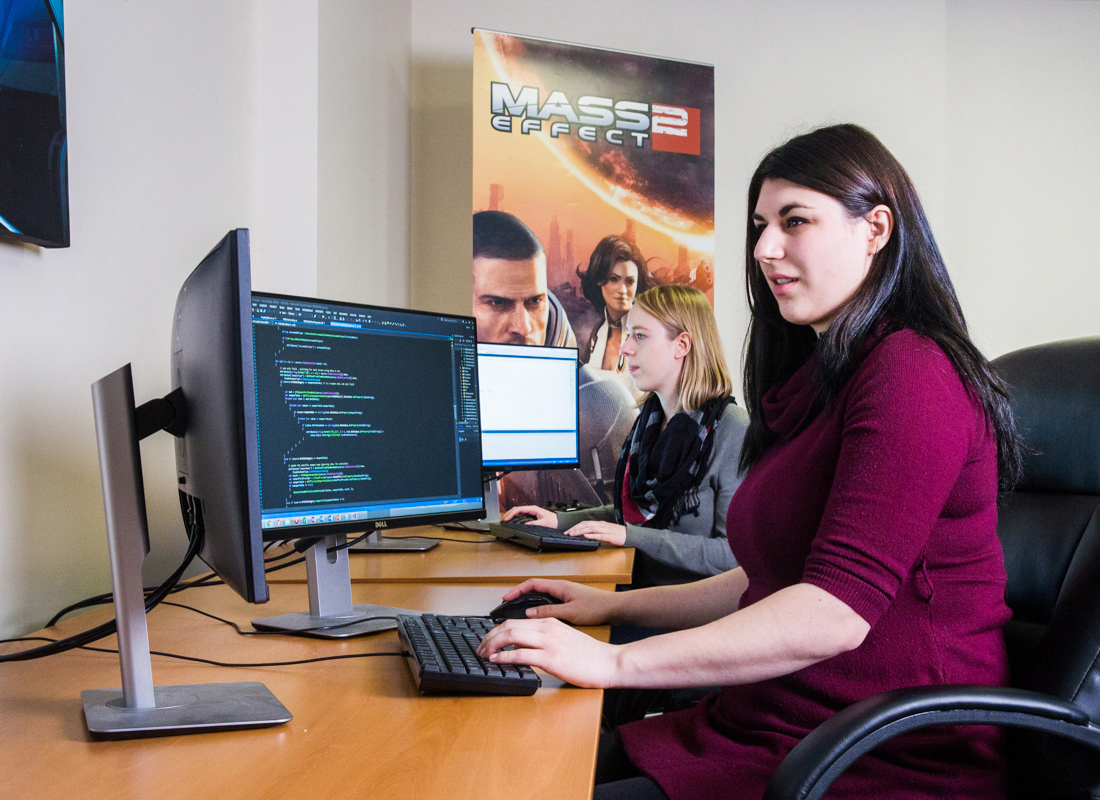 Interactive Media Programmer: Occupations in Alberta - alis
Do you have a keen interest in computers and technology? Do you enjoy programming? Then you may want to decode a career as an interactive media programmer.
Choose a guide...

Interest in precision working to test, correct and refine software code and to ensure applications meet original specifications; and in planning and scheduling work within set targets

Interest in speaking to discuss user requirements and to identify and communicate technical problems, processes and solutions

Programmers must keep up to date with new developments. To do this, they share information via social media and open source websites and read computer-related articles, journals, and magazines. They also go to training courses and conferences.

Interactive media programmers often work in offices or studios. Their work spaces must be equipped with leading-edge technology. Some self-employed programmers work from home.

This job may require some overtime to meet project deadlines. It may also involve some travel. Programmers attend both in-person and virtual meetings (hosted with video-based apps).

This chart shows which job skills are currently in highest demand for this occupational group. It was created using this occupation's 100 most recent Alberta job postings, collected between Aug 01, 2022 and Dec 03, 2022.

Interactive media programmers often started in other positions. For example, they may have been graphic designers or software engineers. There are no standard education requirements. However, most employers expect applicants to have at least 2 years of related post-secondary education or experience for entry-level positions.

Computer technology is constantly changing. This means that interactive media programmers must continuously upgrade their knowledge.

They may also be self-employed.

Experienced interactive media programmers may move into related positions such as web designer or game developer.

In Alberta, the 2174: Computer programmers and interactive media developers occupational group is expected to have an average annual growth of 1.9% from 2019 to 2023. In addition to job openings created by employment turnover, 269 new positions are forecasted to be created within this occupational group each year.

Salaries vary and depend on the duties of the position and the person’s education and experience.